Burt Reynolds, who for many years was America's #1 box-office draw and who became one of the most potent male sex symbols of all time, has died. He was 82. 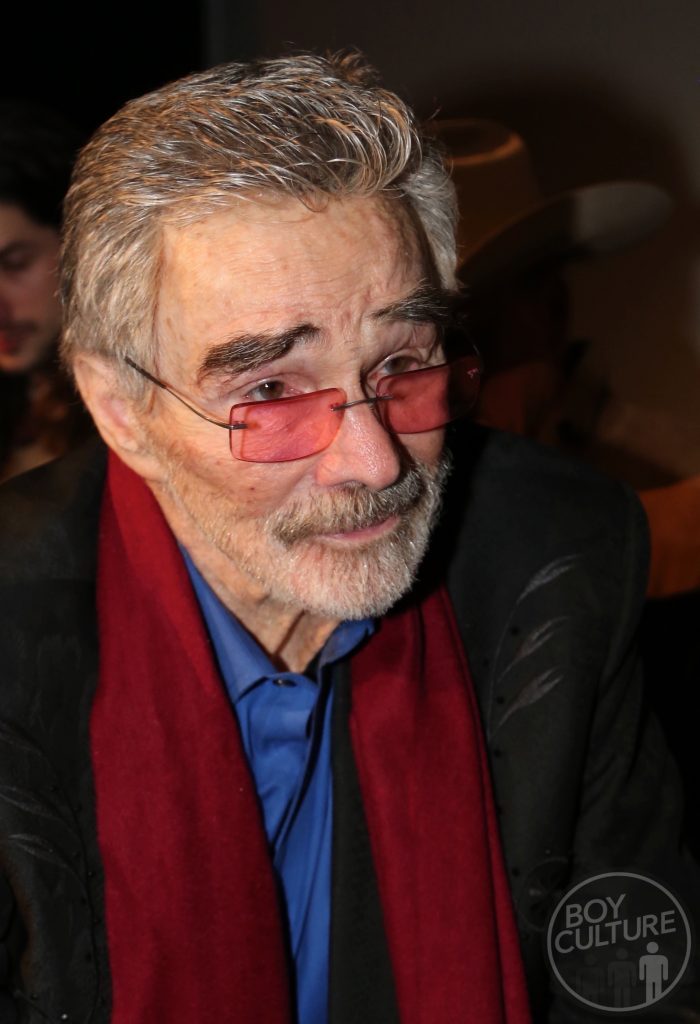 Reynolds in 2018 (Image by Matthew Rettenmund)

TMZ reports the icon suffered cardiac arrest and died at a Florida hospital Thursday, surrounded by loved ones. 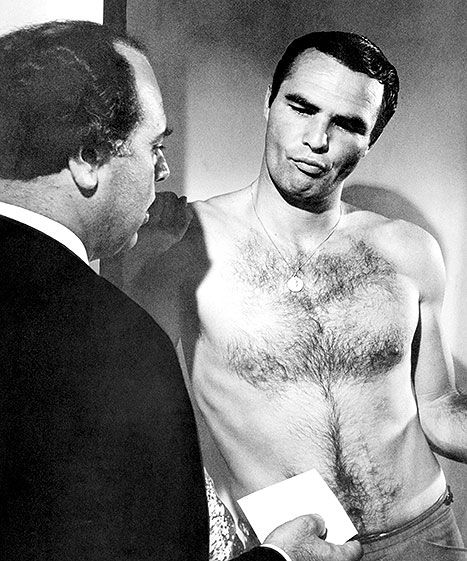 Born February 11, 1936, in Lansing, Michigan, Reynolds grew up in West Palm Beach, Florida, and went to FSU on a football scholarship. Injuries sustained on the field and in a car crash led him to quit the game. He avoided a career in law enforcement when a teacher cast him in the play Outward Bound, for which he won a rare acting award — the 1956 Florida State Drama Award. That award included a scholarship at the Hyde Park Playhouse in New York, where Reynolds honed his craft and found an agent courtesy of movie star Joanne Woodward (b. 1930).

He said in 2018 of his enchantment with acting as a kid:

When I was growing up, it's hard to believe, but there was three theaters and it was nine cents to go to the westerns, you know. You saw The Durango Kid [1940] and a lot of kind of B-westerns, they called them, but I thought they were great. And then you got up to 14 cents, which was the Palace Theatre, which was a big deal. And I remember seeing people that I thought, "Jeez, this is the A-list." And when I got to Hollywood and I was doing films, I suddenly found myself working with a 14-cent actress and wow, I suddently understood why they got the big bucks and why they were so special. Myrna Loy [1905-1993] played my mother [in The End (1978)]. I got to pick my mother and father, it was so great. So I picked her and Pat O'Brien [1899-1983]. It doesn't get any better than that.

Reynolds made his Broadway debut in Look, We've Come Through, with which he toured, leading to a part in a revival of Mister Roberts. He tried out for the film Sayonara (1957), but was rejected for being too similar a type to star Marlon Brando (1924-2004).

Reynolds finally made his movie debut in 1961 in Angel Baby, a first step for the strapping, handsome lead-ready actor toward supremacy in the form.

He had leads in testosterone-fueled flicks like Navajo Joe (1966; a film he thought may have been his worst), 100 Rifles (1969), and Shark (1969), establishing himself as a household-name sex symbol to the extent that he was asked to pose nude for a 1972 centerfold of Cosmopolitan Magazine, a wry commentary on the status quo established by Playboy. That issue sold over a million copies, and while the image — by Francesco Scavullo (1921-2004) — was tongue-in-cheek, it haunted Reynolds, who later said he felt it dinged his seriousness as an actor. 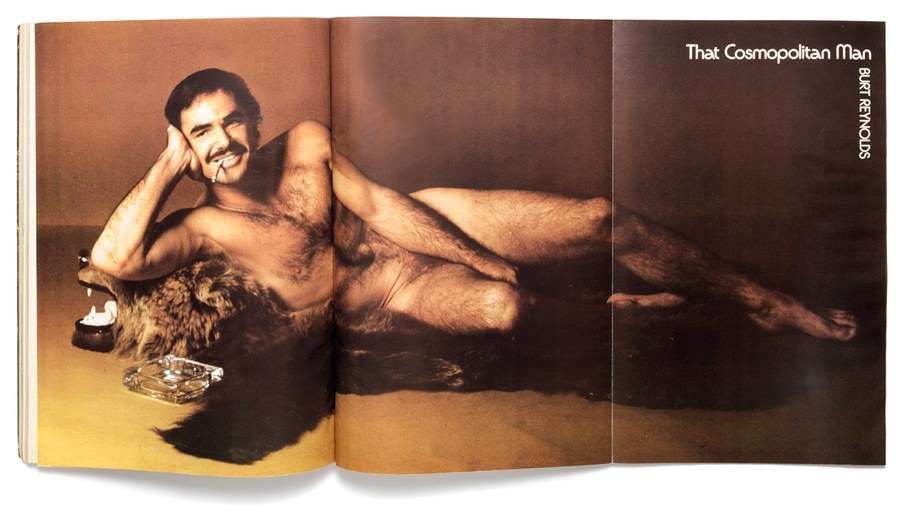 The centerfold he lived to regret (Image by Francesco Scavullo/Cosmopolitan)

For the searing drama Deliverance (1972), in which Reynolds's performance was ace, Reynolds fully expected to receive an Oscar nomination; when it was denied, he ascribed it to the lingering laughs from Cosmo.

One of the biggest B.O. stars of all time (GIF via GIPHY) 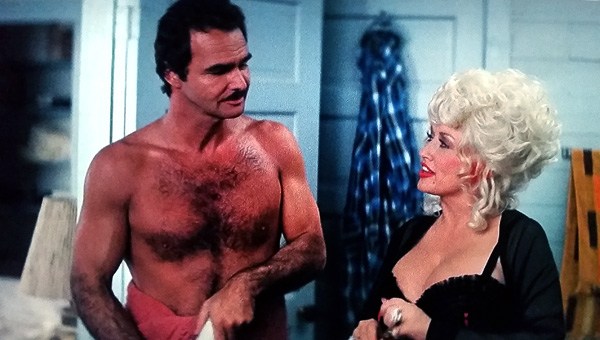 Reynolds experienced a career resurgence with an acclaimed performance in Boogie Nights (1997), a film he disliked due to clashes with its director, Paul Thomas Anderson (b. 1970). Nonetheless, it brought him his one and only Oscar nomination, for Best Supporting Actor. He lost, but took home the Golden Globe. 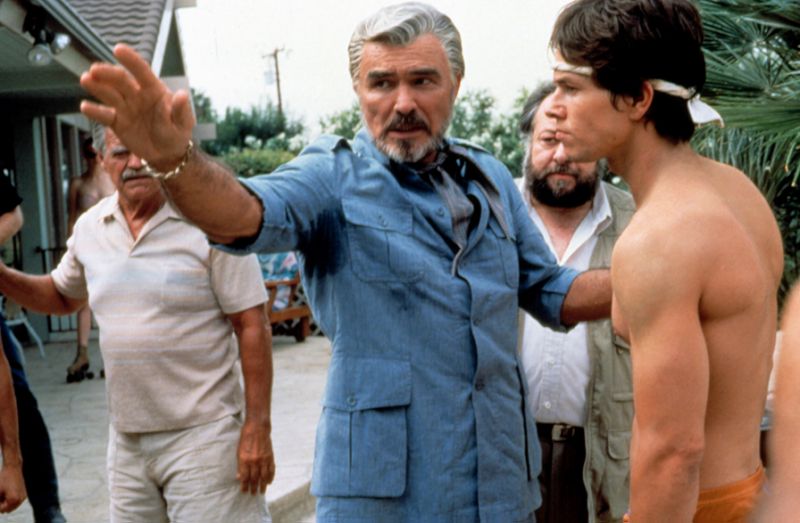 Reynolds with Mark Wahlberg (b. 1971) in Boogie Nights (Image via New Line)

He also had a memorable cameo on a 1986 Golden Girls episode that played off of his status as a fantasy man all women desired. 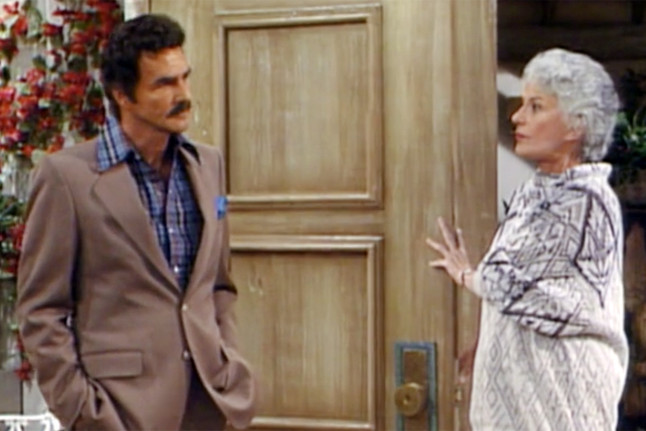 Giving the Girls a thrill. (Image via NBC)

In recent years, in spite of looking physically diminished, the cash-strapped actor had continued to work steadily, including in the Tribeca Film Fest-hosted film The Last Movie Star (2017). IMDb lists another four completed projects after that, with Once Upon a Time in Hollywood (2019) listed as still "filming."

Reynolds, as successful as he was in films and on TV — where he achieved great success 1990-1994 as the star of Evening Shade — was always more than just a star of any one medium. He was a huge tabloid draw thanks to wild marriages to actress Judy Carne (1939-2015) and especially to TV actress Loni Anderson (b. 1946), to whom he was wed from 1988-1993, and whose divorce from which played out publicly for years, draining him of many of his resources.

'Smokey and the Bandit's' @sally_field: "There are times in your life that are so indelible, they never fade away. They stay alive, even forty years later. My years with Burt never leave my mind. He will be in my history and my heart for as long as I live" https://t.co/IXaWn1UjSc pic.twitter.com/TwiEsR4rKs

He said recently of Field:

I have some films that I like because of Sally. She was so wonderful. I remember we were trying to figure out who we were gonna get for the leading lady and I said, "Sally Field," and they said, "Well, she's not sexy," and I said, "You guys are idiots. Talent is sexy," and they looked at me. They figured it out about halfway through the movie. She's an amazing talent.

In spite of his reputation as a lothario, he had many gay or closeted gay friends, and was often rumored to be bisexual. He said in 2018:

Leading up to his passing, Reynolds auctioned off many of his keepsakes and battled painkiller addiction and a heart affliction.

I met Reynolds in March of this year at Metrograph in NYC, where he gave an emotional Q&A and posed for photos with every fan he could.

Julianne Moore, who worked with Reynolds twice, had this to say about him: