Via The Guardian: Shelley Berman, the stand-up comic known for his biting take on modern living from the '50s on — and a staple of Larry David's Curb Your Enthusiasm (2002-2009) — died at age 92 from complications of Alzheimer's disease on September 1.

Berman began his career as a dramatic actor in Chicago. By the the mid-'50s, Berman was writing sketches for The Steve Allen Plymouth Show (1956-1960) and was a comic whose unique blend of everyday observations were delivered with his trademark manic, unpolished verve.

Famed for his technique in doing monologues with a phone as his prop, his telephone sketch on The Judy Garland Show (1964) was a classic — watch here. 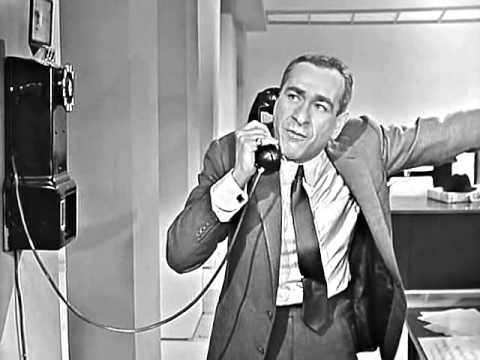 Killin' 'em on The Judy Garland Show (Image via CBS)

Scandalously, Berman, in recent years, directly accused Bob Newhart of nicking his act. Newhart responded graciously that while Berman had done telephone stuff before him, so had many others.

A poet as well as a gag man, he later worked on a plethora of early-TV series, including Peter Gunn (1959), The Twilight Zone ("The Mind and the Matter," 1961) and won the first-ever Grammy for spoken-word comedy recording. He made some interesting film appearances, including in Dementia (1955), The Best Man (1964), Divorce American Style (1967) and Meet the Fockers (2004).

Berman was a highlight of Curb Your Enthusiasm and continued working until his illness kept him from it. 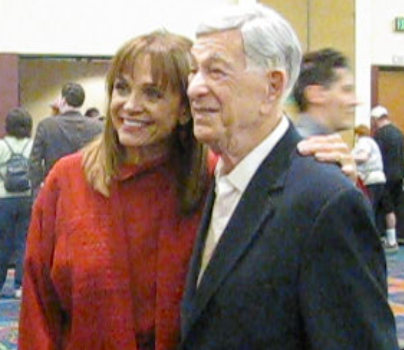 My sighting of Berman at the Hollywood Show in 2011, with Valerie Harper (Image by Matthew Rettenmund)

He is survived by his wife Sarah of 70 years, one daughter and two grandchildren. His son, Joshua, preceded him in death.