Sadly, many of these early works are lost to history. Still, some survive, and deserve to be enjoyed 50 and 60 years after they were made.

Check out these five interesting pieces: 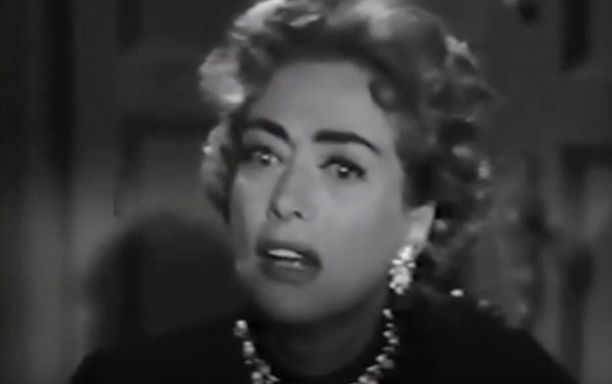 This minidrama is outta sight!

Crawford is stellar in this.

Don Weis (1922-2000) directed this twisty drama about a sparring married couple (Bette Davis, 1908-1989; Forrest Tucker (1919-1986) traveling in Hong Kong who are confronted by a gangster (Leif Erickson, 1911-1986) who kidnaps the husband, attempting to force the wife to pretend he's her husband in order to get him back into the U.S. Unfortunately, she's no simpering wifey, which throws a real wrench into the works. Aside from a top-notch Bette Davis performance, look for James Hong (b. 1929) of Seinfeld "5, 10 minutes" fame as a bellboy.

Another Bette Davis episode, this one delightfully casts the acting legend as former First Lady Dolley Madison (1768-1849), who returns to D.C., where she is invited to a tea party by a woman (a seethingly nasty Natalie Schafer, 1900-1991) whose husband lost an ambassadorship on Dolley's advice. Seeking revenge, the woman invites Dolley's alcoholic son (John Hudson, 1919-1996) to the event in order to try to embarrass her as the woman had been embarrassed by her husband being passed over.

James Dean (1931-1955), in an early role, plays the lovestruck son of a farming family whose wheat crop is catastropically lost. He becomes torn between his duties and his desires, a perfect role for the young, emerging emo Method actor. He's perfection. As good as he is, it's also a chance to watch former silent star Dorothy Gish (1898-1968) as his mother, who tries to keep the brood together. Rebecca Welles (1928-2017), who plays Dean's love interest — and who was married to director Don Weis (see above) in real life, just passed away this year. "Harvest" director James Sheldon (1920-2016) — the only person ever to direct Dean more than once — died last year. First a radio director, he had an expansive 3o-year career of directing in TV; his talent and vision are on display here just as surely as Dean'sis.