‘A (Very Familiar) Face in the Crowd’

In honor of January 30's State of the Union, today being Patricia Neal's birth anniversary and today being the one-year anniversary of Trump's swearing-in ... this post written by Rick of Rick's Real/Reel Life:

Media pundits have had a field day over Lonesome Rhodes from 1957’s A Face in the Crowd, claiming the charismatic creep “predicted” the rise of Donald Trump. Even religious right columnist Cal Thomas tagged Trump as Rhodes, the rags-to-riches character of Elia Kazan’s prophetic film. Yet one columnist scoffed that a more apt comparison would be of Trump to Orson Welles’ Citizen Kane—and meant it as a compliment!

Welles’ 1941 epic, Citizen Kane, is about a rich blowhard who pushes his luck with the public, and sends his empire tumbling. Like Rhodes, Kane pays the price for hubris. Kazan’s A Face in the Crowd and Welles’ Citizen Kane were tough movies that questioned the triangular love-hate relationship between the media, public figures, and their audience. 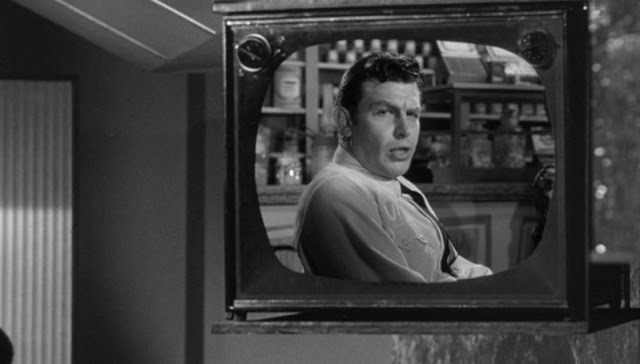 A Face in the Crowd was made in 1957, when film censorship and ‘50s conformity was past its zenith, but still in power. Still, the film is gritty, unglamorous, realistic, and packs a punch. Director Elia Kazan employs a sharp visual look but discards the glossy movie style of the era: A Face in the Crowd’s characters look sweaty, rumpled, harried, and human. Andy Griffith is eerily good, both loathsome and riveting as Lonesome, the country crooner turned super-celebrity. Patricia Neal does world weary perfectly, yet is also vulnerable as Marcia, the reporter who falls for Rhodes’ slick charm. Walter Matthau shows his dramatic side as a cynical reporter who carries the torch for Neal. And Lee Remick, in her film debut, is luminous and funny as Rhodes’ majorette bride.

The only letdown perhaps is when Lonesome loses his TV throne/bully pulpit after a hot mike exposes the real Rhodes on network television. Censorship of the day demanded characters pay for their sins. Today, we see inflammatory remarks, boorish behavior, and scandal rewarded with TV shows, book deals, and yes, public office.

Both A Face in the Crowd and Citizen Kane got rave reviews but were box office flops. Movies in Hollywood’s golden era were typically escapist fare and audiences didn’t flock to see grim dramas. Post-Watergate cynicism made Sidney Lumet’s Network possible as a black comedy hit, with its dire message about power, politics, and television. Network, which came out nearly two decades after A Face in the Crowd, takes washed-up TV anchor Howard Beale from a nervous breakdown on the air to a megalomaniacal media messiah.

A Face in the Crowd is an in-depth look at the impact that television has on the masses—both positive and negative. Lightening bolts like Elvis and The Beatles made their mark on pop culture when they appeared on American television. So did political phenom Joseph McCarthy, when he found himself on the other side of an investigative committee, and went down in flames on live TV. Yet, fellow Republican Richard Nixon managed to warm the public’s heart once, when he gave his infamous “Checkers” speech in the 1952. The public later cooled toward Nixon in the early ‘60s, with his shifty, sweaty looks next to all-American John Kennedy, during their presidential debates. His infamous losing comment didn’t help his image: “You won’t have Dick Nixon to kick around.” In the ‘70s, President Nixon sealed his Tricky Dick persona with the “I am not a crook” speech…which was later followed by his resignation speech!

Citizen Kane, A Face in the Crowd, and Network took a hard look at how far the media would go to manipulate the masses. Now you can add the internet to the mix. In their time, these films were a therapeutic slap in the face to audiences, to wake up from their complacency and naiveté. 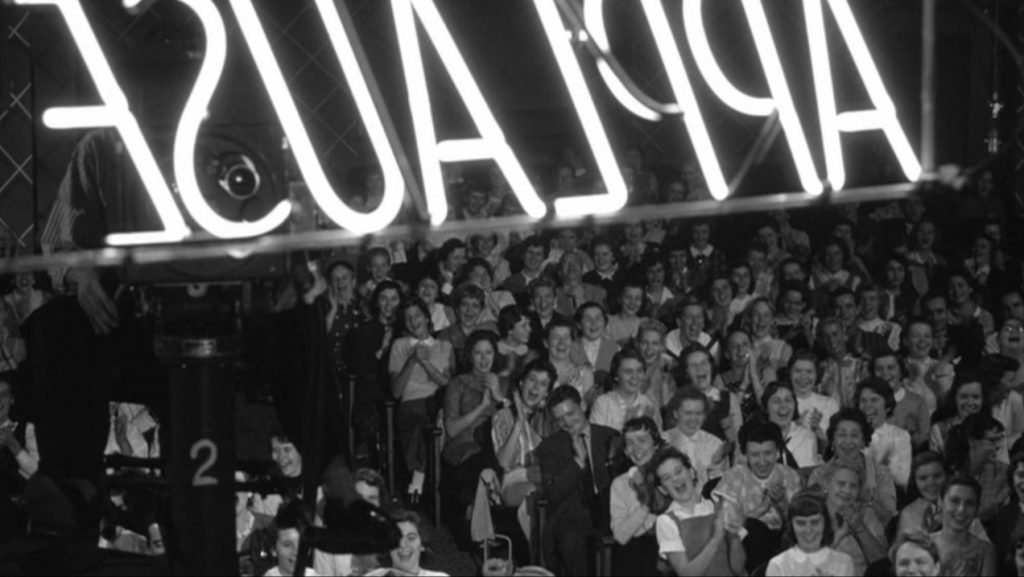 Here’s the difference in today’s world: We live in an age where just about any small-town person is media-wise. The change started with cable TV and later, the Internet, providing a world-wide platform for anyone with something to sell—a product, a personality, or a point of view. We have been the consumers, sitting in front of massive TV screens and computers, laptops, tablets, and cell phones. There’s been an escalating Tower of Babel built by “personalities,” pundits, and politicians. They are all vying for our favor, with louder voices, bigger promises, and no regard for the truth.

The problem is many of us want to believe the lies, despite the mass of information at our fingertips. Now, people have always preferred comforting lies to painful truths—that’s human nature. But now, we rationalize bad behavior, wallow in conspiracy theories, and defend to the death negative news that fits our world view—no matter what. Before, it was a matter of exposing lies to an unsuspecting public—Watergate, for example. Now, it seems hardly anyone cares. On a recent This American Life broadcast, Ira Glass addressed this trend in “Lies Become the Truth.” After recounting some recent political dust-ups where mud was flung, Glass noted, “It’s easier than ever to check if the fact is true, but the facts matters less than ever…”

Is it because we want to cling to old beliefs, even though, deep down we know they don’t work anymore? Is it because it takes too much time to sift through the vast amounts of information out there, in our limited attention span era? Is it because we prefer to feed on a newsfeed that’s exclusively scandal over substance? Or is it all of the above?

The tune of a Lonesome Rhodes, Citizen Kane, and Howard Beale never really changes, nor do those of real-life demagogues like Huey Long, Joseph McCarthy, Richard Nixon, Donald Trump, or any of the loudmouths on MSNBC, CNN, or FOX News.

Only the face in the crowd changes, but the song remains the same. It is us who have changed. Too many people are willing to overlook the deep flaws of their idols, as long as they can continue to believe the false message.