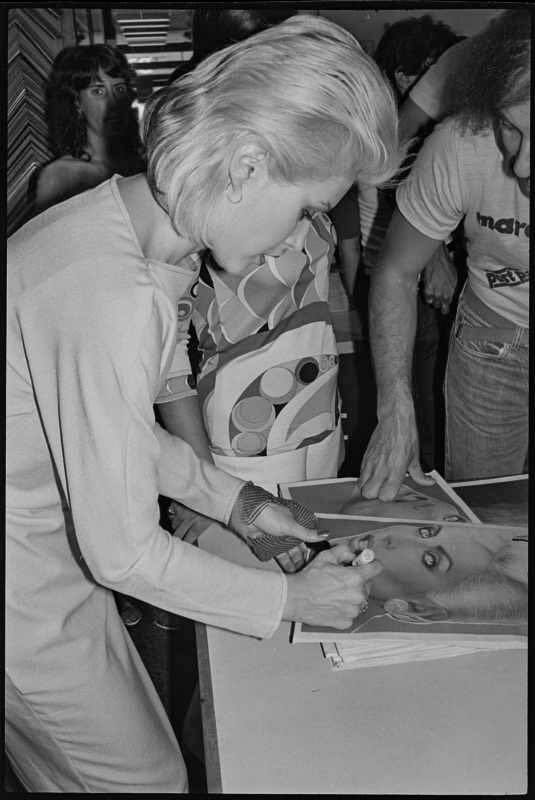 FACEBOOK: Gasp-inducing shots of Debbie Harry (b. 1945) signing copies of her Interview Magazine cover in 1979. 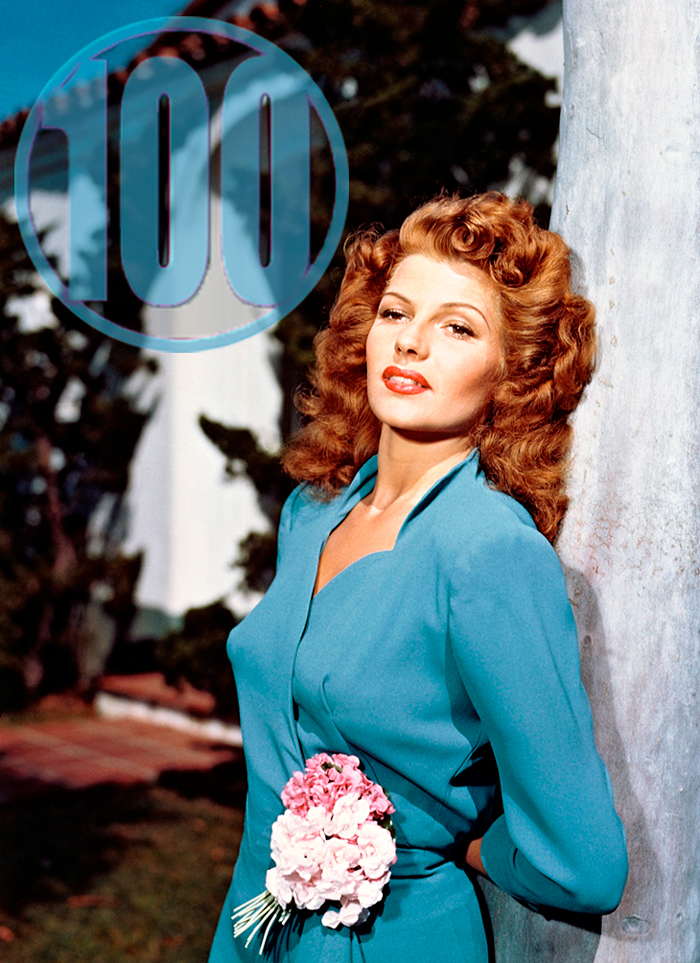 The underrated acttress suffered from Alzheimer's the last several years of her life. (Image via The Film Experience)

Next, Re-romancing the Stone (GIF via GIPHY)

US WEEKLY: Holland Taylor, 75, is in for Legally Blonde 3.

AOL: Kristen Bell, 38, has told her daughters that Snow White (1937) shouldn't make them think it's okay for boys to kiss girls without permission.

PEOPLE: Mariska Hargitay, 54, is putting her nearly $11M apartment up for sale. 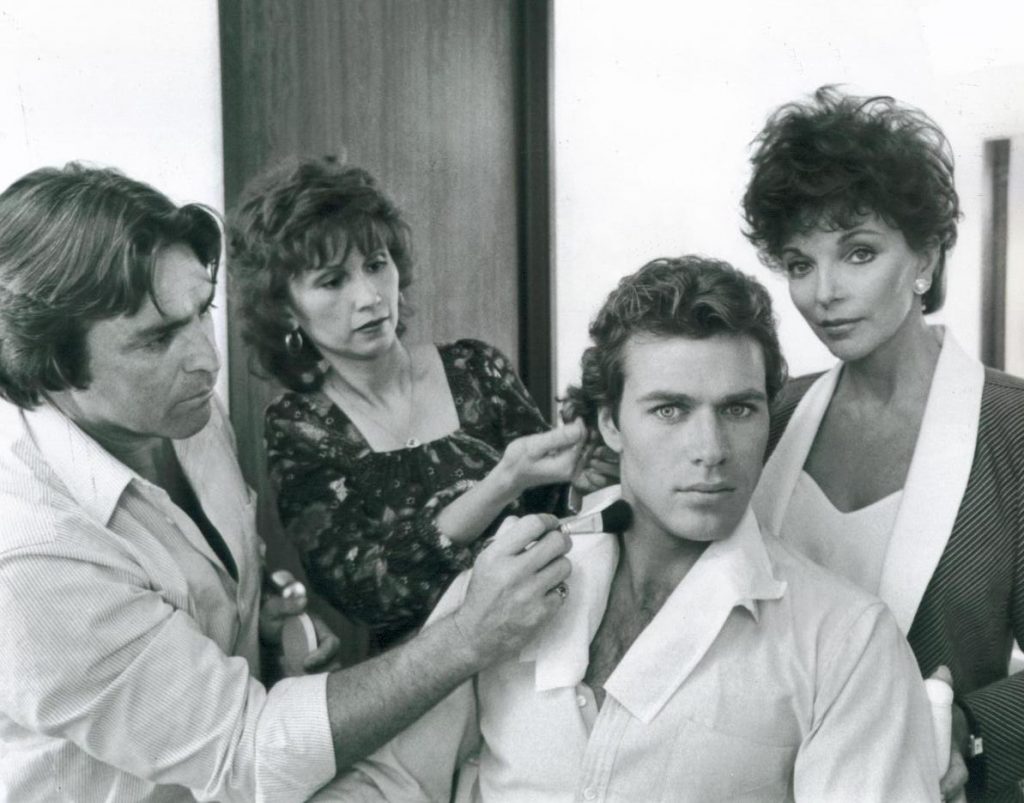 GR8ERDAYS: Jon-Erik Hexum was just 26 when he died 34 years ago today following an October 12, 1984, accident with a prop gun on the set of his series Cover Up. Here, a gallery I created in 2017 on the occasion of the 60th anniversary of his birth. 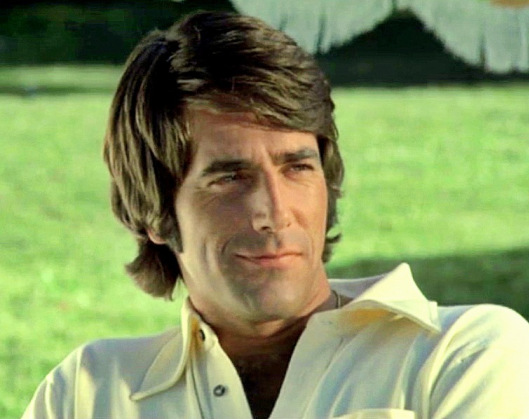 DO YOU REMEMBER?: Sam Elliott, 74, and his wife Katharine Ross, 78, are one of Hollywood's sweetest couples. Here's why.

It’s easy to label Lucille Ball as a clown. To put her in that container. And she certainly is that. But...To lump her in with all of the wacky, rubber faced men that came before her, completely eradicate her enormous contribution to the world of comedy let alone the world of art. But Ball was much more than that. She rallied against the 1950s female sensibility that women needed and were meant, to stay home. Her Lucy character wanted more. And although her schemes may not have always worked, at least she was living in the middle of the attempt. Her spirit soars. Her imagination expanded. And her dreams were made true by sheer perseverance and need. A need to see. A longing to get out. To want more. To dare to dream and revel in the joy it took to drag along her best friend and together, attempt to make them all come true In this classic clip Lucy isn’t pretending that everything depends on her wrapping the chocolates and getting them counted. Everything actually depends on her wrapping the chocolates and getting them counted. “ I believed everything I did. If that wasn’t true it wouldn’t have worked.” She said to her UCLA lecture class And that is the difference. Lucille ball was an award-winning actor who understood the inner workings of truth. Nothings funny unless it’s true. Funny voices and wacky shapes are terrific but they do not constitute the decades long shelf life of a classic TV show that hasn’t gone off the air since 1951. That takes deep inner work and dedication to the event at hand. This is more than clown work. This is Lucy bringing her actual ability to get things done, into an absurd situation, making it truthful and thus, making it hilarious. Over 40 years later and we’re still laughing. That is the mark of a true clown. And a dedicated artist #transrightsarehumanrights #transpride #aprofessorslife #angelsinthehallways #resist #legends

A post shared by Alexandra Billings Official (@therealalexandrabillings) on Oct 16, 2018 at 11:16am PDT