When the Dallas Cowboys Cheerleaders Ruled

This morning, Today spent some time reminiscing about the insane, now hard-to-grasp iconic status of the Dallas Cowboys Cheerleaders, who were ubiquitious in the '70s (especially) and '80s. 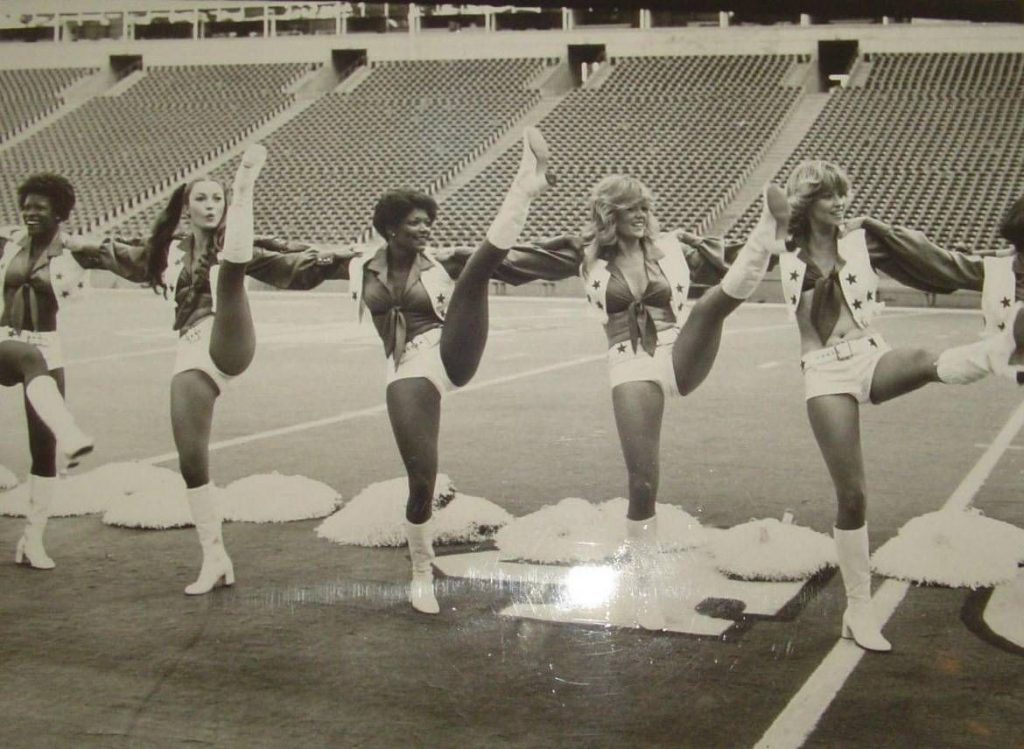 The look back was extremely nostalgic for me. As a gay kid, I was, nonetheless, obsessed with big boobs and glamour. I would draw beautiful women and place a "V" for their cleavage; I still remember my aunt noticing that bodacious touch and laughing uncomfortably, like, "Oh. He's noticed breasts!"

I was also fond of cheerleaders, thanks to that Brady Bunch episode from 1972 — you know the one.

The DCC, with their double Ds, were definitely on my radar. I remember being transfixed by the January 14, 1979, TV movie Dallas Cowboys Cheerleaders, starring Jane Seymour (b. 1951) as Laura Cole, a reporter who goes undercover to get the juicy scoop on the DCC; Bert Convy (1933-1991) as Lyman Spencer, her newspaper editor boyfriend who sent her on the assignment; a southern-accented Lauren Tewes (b. 1953) as cheerleader hopeful Jessie Matthews; and Laraine Stephens (b. 1941) as the trailblazing Suzanne Mitchell (1943-2016), the squad's fearless leader.

I loved this propagandist crap, and watching the (overwhelmingly white) girls shuffling to "Disco Inferno" at their try-out was time well spent.

Turns out my bad taste had good taste — the DCC TV movie, directed by TV veteran Bruce Bilson (who turned 90 this year), attracted a whopping 48% of the U.S. audience.

The popularity of the DCC didn't come from nowhere.

Cheerleaders for the Dallas Cowboys had first kicked up their heels in 1960, and were comprised of high school girls ... and boys! The CowBelles & Beaux hardly made a splash. It wasn't until 1967 and the fan-driven success of stripper-turned-cheerleader Bubbles Cash that the squad veered toward cheesecake, becoming all-female and known as the Dallas Cowboys Cheerleaders by 1969.

The teensy costumes made their debut in 1970, and the impressive choreography bowed in 1972. By 1977, the DCC were so popular they warranted their own official poster, an Esquire feature, endorsements and TV spots that included a pop-up on an Osmond Brothers variety special to provide yin to the Mormons' yang. Their own special, The 36 Most Beautiful Girls in Texas, hit ABC that same year, sealing the deal that the cheerleaders were even more popular than the team they represented. 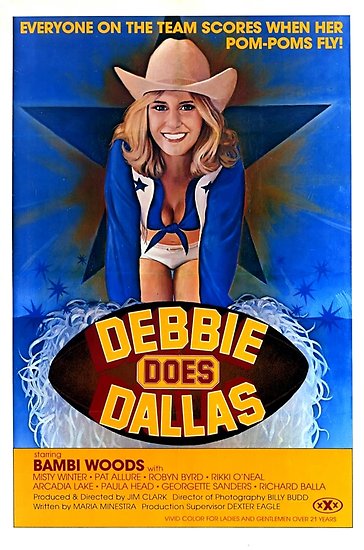 It was in that context that the TV movie debuted, and its success spawned the creatively titled sequel, Dallas Cowboys Cheerleaders II, directed by the prolific TV helmer Michael O'Herlihy (1928-1997), on January 13, 1980. Stephens was back (as was plucky Irma P. Hall, b. 1935, in a supporting role as the grandmother of hopeful Candy Ann Brown (b. 1958), but it was otherwise an all-new cast, including John Davidson (b. 1941) as Terry Killain, a flamboyant straight producer who wants the girls to be as flashy as possible for the Super Bowl.

The DCC had their moment, but they haven't exactly gone away. They stopped being celebs-of-the-moment, but they only increased their popularity as a particularly American, strongly Texan, institution, and remain popular to this day.

"You didn't make the uniform, the uniform made you," a fmr. Dallas Cowboy Cheerleader opens up about their controversial rise to fame in 1972 and the documentary exploring their untold story. pic.twitter.com/earS9O8Srf

The women were on Today promoting the new documentary Daughters of the Sexual Revolution: The Untold Story of the Dallas Cowboys Cheerleaders (2018), which is all about the creation of the DCC, with an emphasis on the late Mitchell, who led the team to their glory, truly making them the global brand they became. Sounds like there is a lot of story to tell!

Check out a peek at the movie — which can be pre-ordered now — below: