ExtraTV reports the death of longtime TV actor Ken Berry. He was 85. 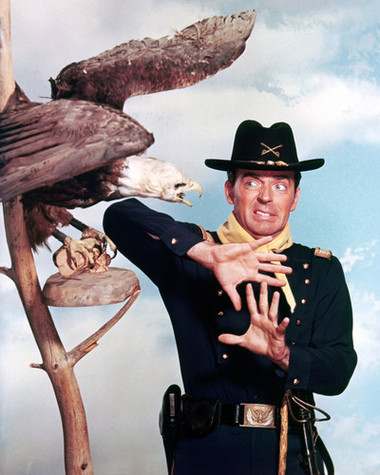 Berry's death on Saturday was announced on social media by his former wife, comic actress Jackie Joseph (b. 1933).

Berry served in the U.S. Army ahead of his TV debut and a contract with Universal.

His biggest early break was in The Billy Barnes Revue, a show that played in L.A. and made it to Broadway. It was also where he met his wife, Joseph.

He briefly hosted the summer replacement series The Ken Berry Wow Show in 1972, whose theme song contained the lyrics:

Wow is Fay Wray in the arms of King Kong

I remember him fondly for his Disney films Herbie Rides Again (1974) and The Cat from Outer Space (1978).

His last on-screen appearance was almost 20 years ago.

Berry was preceded in death by his son with Joseph, John, who passed away two years ago of brain cancer. He is survived by their daughter together, Jennifer.