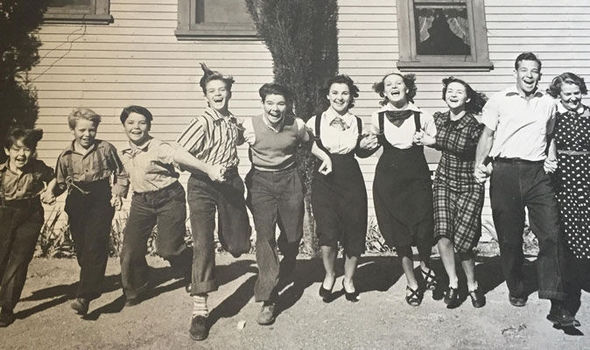 They were known as the First Family of Hollywood in the '20s and '30s!

Roberts, as Louise Watson, appeared in around 1,000 shorts and films in the Silent Era into the 1940s as one of the nine Watson siblings. With her death, only Billy, 94, and Garry, 89, survive.

She had been among the last dozen or so known survivors of the Silent Era.

In a 2017 interview for Express, Billy recalled:

“We grew up in a small house just 500 yards from Mack Sennet’s Keystone Studios, where our father worked as an actor and horse-wrangler and played one of the original Keystone Kops,” says Billy, from his home in rural Colville, Washington.

“My mother washed and ironed costumes from the movies.” When a director walked down their street in search of a kid for a picture, out of the house would troop Coy Jr, Vivian, Gloria, Louise, Harry, Billy, Delmar, Garry and Bobs. “My dad would line us up and say: ‘What size? Take your pick.’

The director would choose a kid and my dad just handed us over the garden fence, and we’d go off and fi lm a movie. Sometimes they’d take a bunch of us.” The kids joined the family business early.

Louise told the paper at the time she thought of her movie career as "great fun." She emerged from retirement to give several TV and movie performances from 1992-1997, with her swan song coming on an episode of the TV series Blue Heelers that aired 69 years after her debut.

Watson was out of the spotlight for decades, working as a Sunday school teacher, manager of a girls' sports team, and as an ESL teacher. She also worked for her husband's business, Joe Roberts Optical.

"I was the fourth ring around the bathtub," she used to say, referring to her place in the sequence of her siblings' births.

Along with her brothers Billy and Garry, she is survived by one daughter and one son.