Tina: The Tina Turner Musical begins performances March 21, 2018, at the Aldwych Theatre in London, and the ageless icon is opening up about what fans can expect from the show.

In a fresh interview with Jonathan Ross, Turner, 77, says the show will cover her childhood, her young stardom as well as her comeback in the '80s.

She also spoke with Ross about her decision to leave her abusive husband Ike Turner (1931-2007):

It was just time to not take any more. It was constantly abusive ... There was no control, there was no freedom, it was just the sameness, sameness and the violence.You just get fed up and you say, "Life is not worth living if I'm gonna stay in this situation."

In the same interview, she tells Ross she stayed with Ike so long because she sympathized with his struggles and had promised to never leave him. 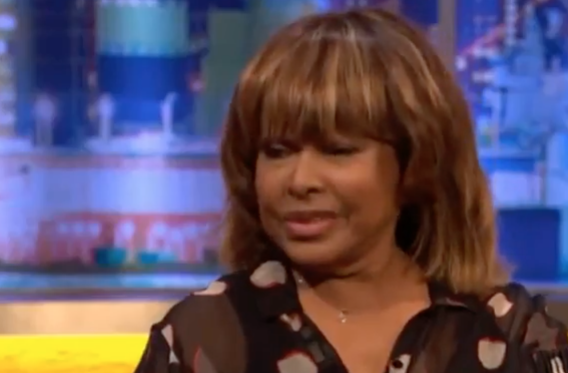 As a special treat, Turner — who has permanently retired from performing — got up and demonstrated a little of her classic "Proud Mary" (1969) act, and also reminisced about her connection with David Bowie (1947-2016) and Mick Jagger (b. 1943).

She laughed off suggestions she had an affair with Jagger, joking, "No report on that!"