Bette Midler turned 72 today, tweeting that she has "cake face" this evening. 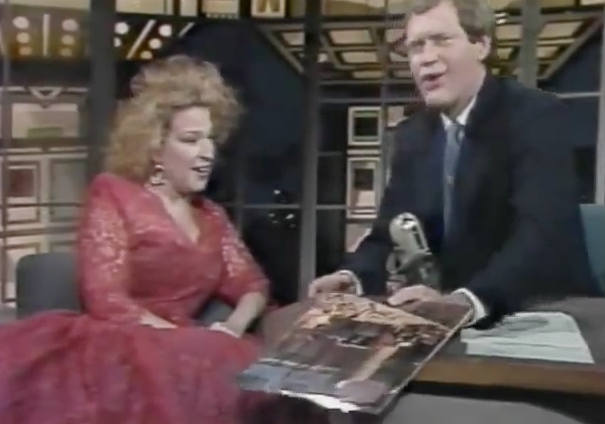 Midler introducing Angst on a Shoestring in 1985 (Image via CBS)

But for me, one of my favorite things she's ever done is Angst on a Shoestring (1985), a short comic film she made for David Letterman's (b. 1947) Holiday Film Festival. She actually taped his show the night of her 40th birthday!