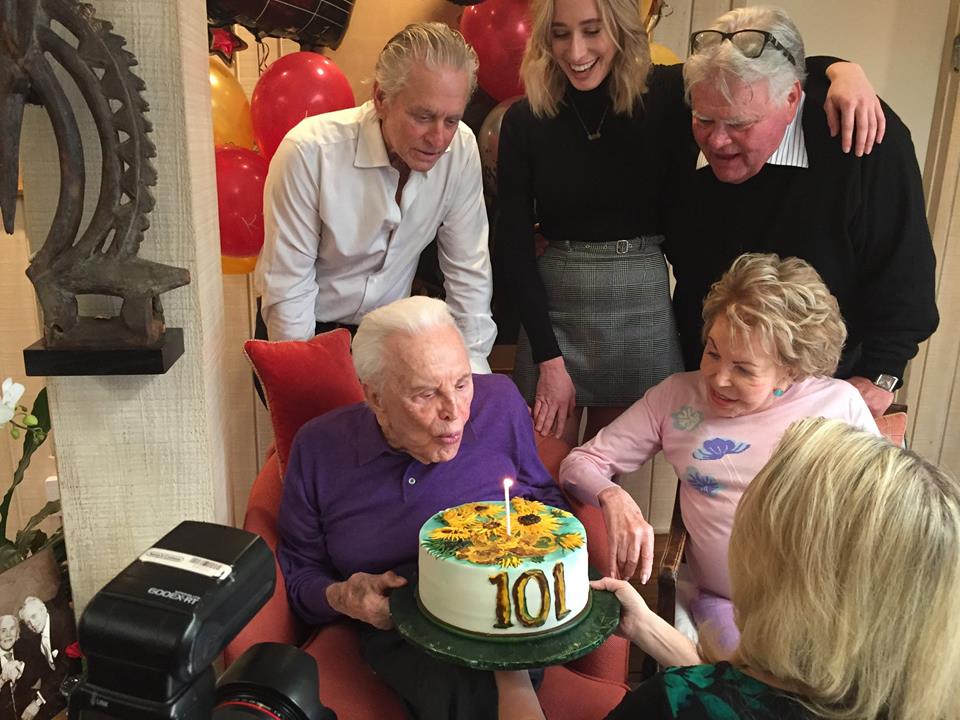 The family that birthdays together ... (All images via Michael Douglas's Facebook page)

In the main image (at the top of this post), Michael, 73, is seen with his brother Joel, 70, and Kirk, who he describes as "a true amazement." 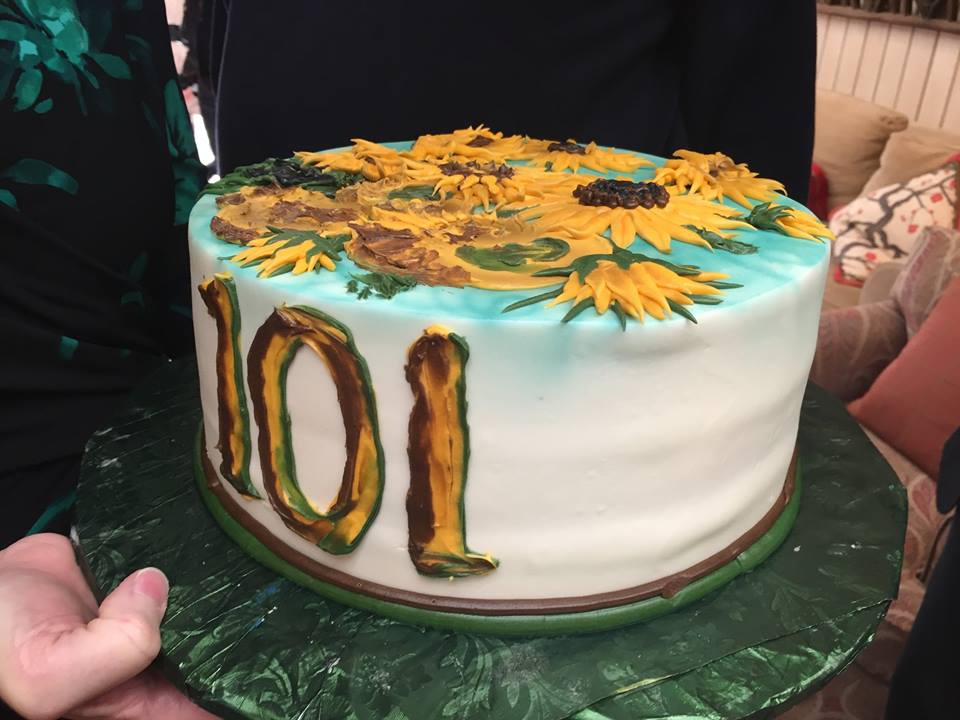 Another snap shows Kirk blowing out a single candle on a beautiful cake decorated with a nod to his Oscar-winning role as Vincent Van Gogh (1853-1890) in Lust for Life (1956) — check out those sunflowers! In that photo, Michael's niece Kelsey, 22, and his stepmom, Anne Buydens, 98, join in on the fun. 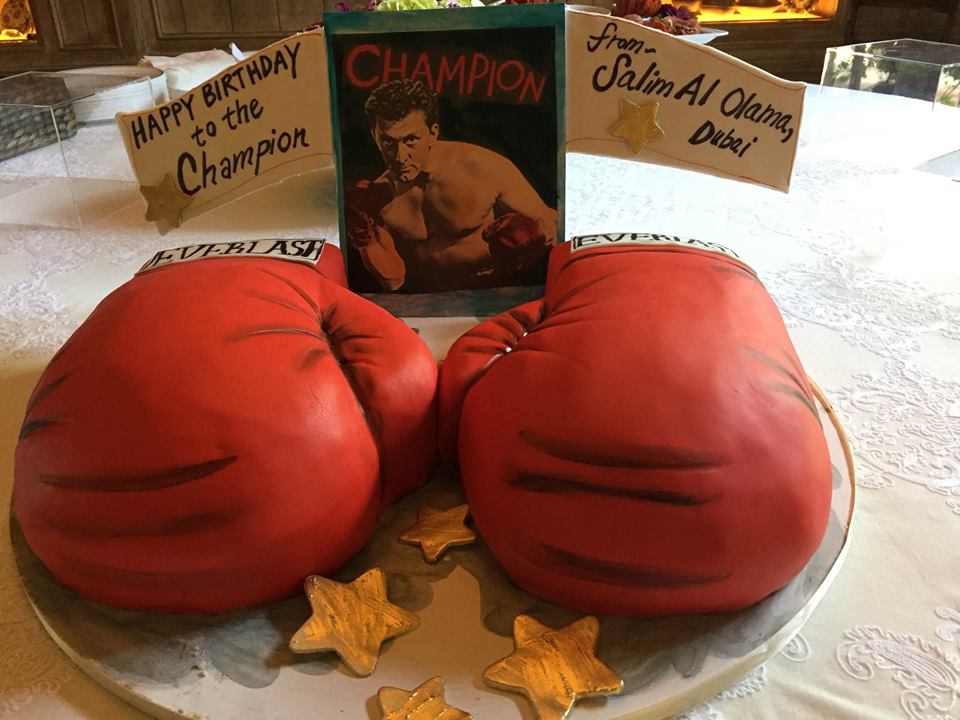 The gloves cake off.

It would appear a fan sent Douglas a cake meant to resemble the boxing gloves from another of his famous flicks, Champion (1949).

101 today!!!! My darling Pappy on my knee. Happy Birthday to my wonderful, inspirational and loving father in law, Kirk. Love you with all my heart. ❤️#hero