The Final Journey of a Film Star in Decline 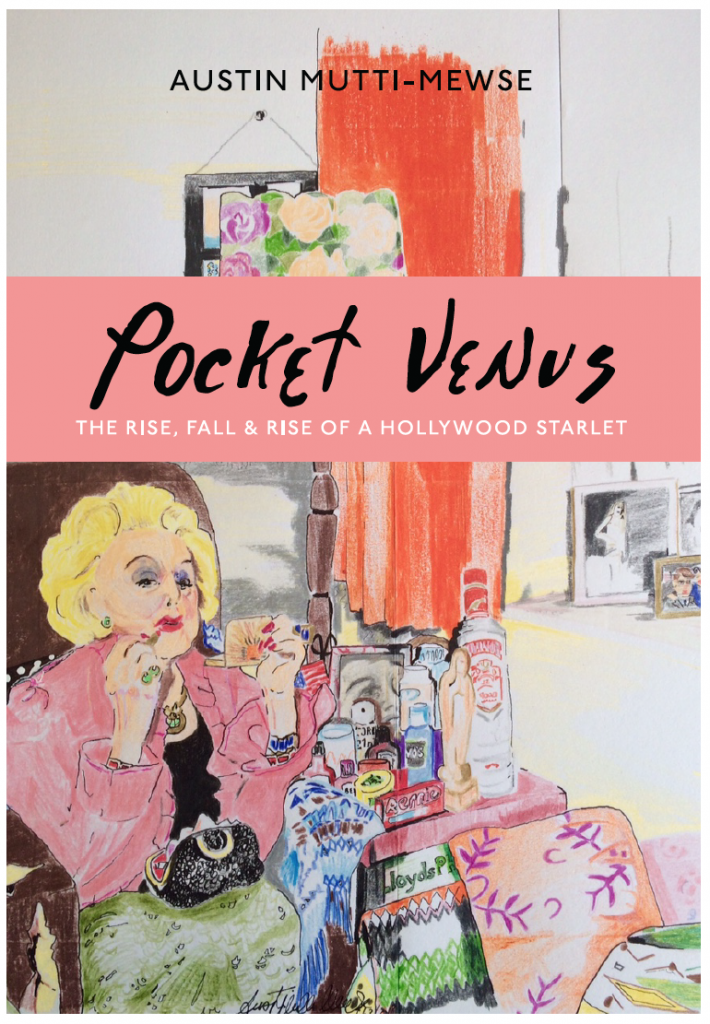 Does this whet your appetite, big boy? (Image via Zuleika Press)

Or did she still have the most important thing — her engaging persona?

Her story will be told in Pocket Venus: The Rise, Fall & Rise of a Hollywood Starlet, a new book by Austin Mutti-Mewse coming from Zuleika Books in October 2018.

Mutti-Mewse — who along with his brother Howard — is known as a longtime confidante of the stars of Hollywood's Golden Age, having befriended scores of them in the mail from the time they were starstruck teens. The brothers co-authored I Used to Be in Pictures: An Untold Story of Hollywood (2014), documenting their unique friendships with Hollywood royalty.

Check out this description of her digs the day Mutti-Mewse arrived to interview her back in 2001:

Her cat-food-ridden, Wonderbra-littered, crumbling flat in Pimlico receives few visitors except the postmen, who scurry away: her reputation at the Belgravia Post Office is notorious. Men held captive, plied with vodka martinis (made the way Gary Cooper showed her) and endless stories; escape is nearly impossible.

The author calls her life "marred by tragedy," noting she was often "at the mercy of men: producers, playboys, three husbands, and countless lovers," framing it within the #MeToo movement.

I can't wait to read his take on her colorful life!