Terence Stamp on His Career, Being Zod & Meeting Brando

On Tuesday, July 3, 2018, film legend Terence Stamp made a rare U.S. appearance to promote his new book, the acclaimed The Ocean Fell Into the Drop: A Memoir (Repeater Books, $14.99). 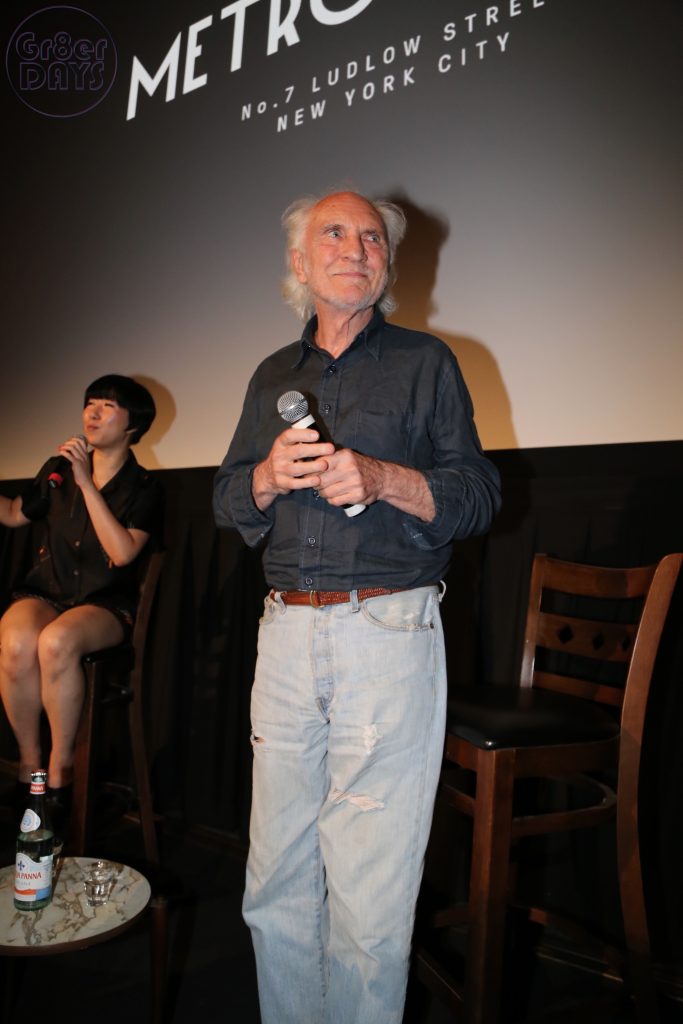 Mr. Stamp's grand entrance. "Sorry about the white hair," he quipped. (All images by Matthew Rettenmund)

Metrograph in NYC had tried to get him to come for a retrospective of his career recently, but he'd been unable to get away from filming in Canada. Now, though, he made the time, and even selected the film he wanted screened: 1984's The Hit, which marked the directorial debut of Stephen Frears (b. 1941). 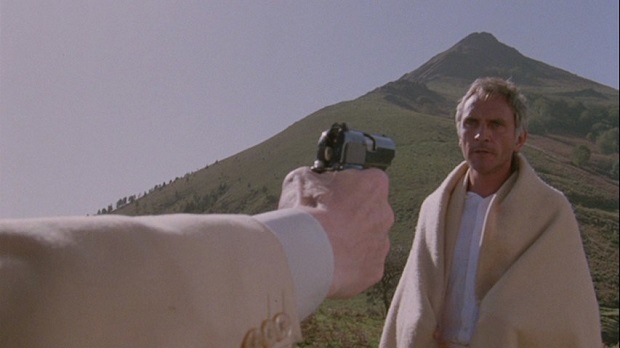 The film is a challenging, mesmerizing study of a turncoat mobster who is plucked from his hiding place 10 years after testifying against his old boss, and is taken on a long, violent road trip from Spain toward France, where he is set to meet his maker at the hands of the man he betrayed. 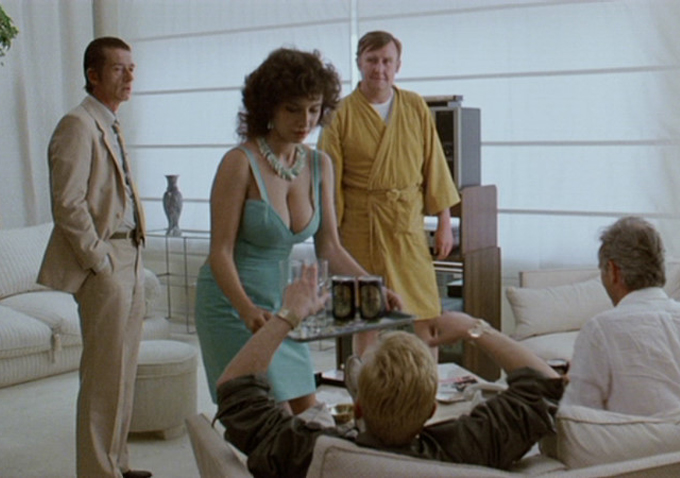 This tense scene with Hurt del Sol, Roth, Stamp and Bill Hunter (1940-2011) is a stand-out in The Hit (Image via Palace Pictures)

Grabbed by an eerily rigid hit man (played beautifully by John Hurt, 1940-2017) and his daft, manic henchman (the equally note-perfect Tim Roth, b. 1961), and sharing air with unexpected baggage in the form of a curvaceous, tenacious, allegedly 15-year-old mobster's moll (stunning Laura del Sol, b. 1961), the doomed man is revealed to be mirthsome and unnervingly philosophical about his certain death.

It's just a terrific film, start to finish, and it was a fitting tribute to the 79-year-old actor, who emerged afterward for a spirited Q&A. 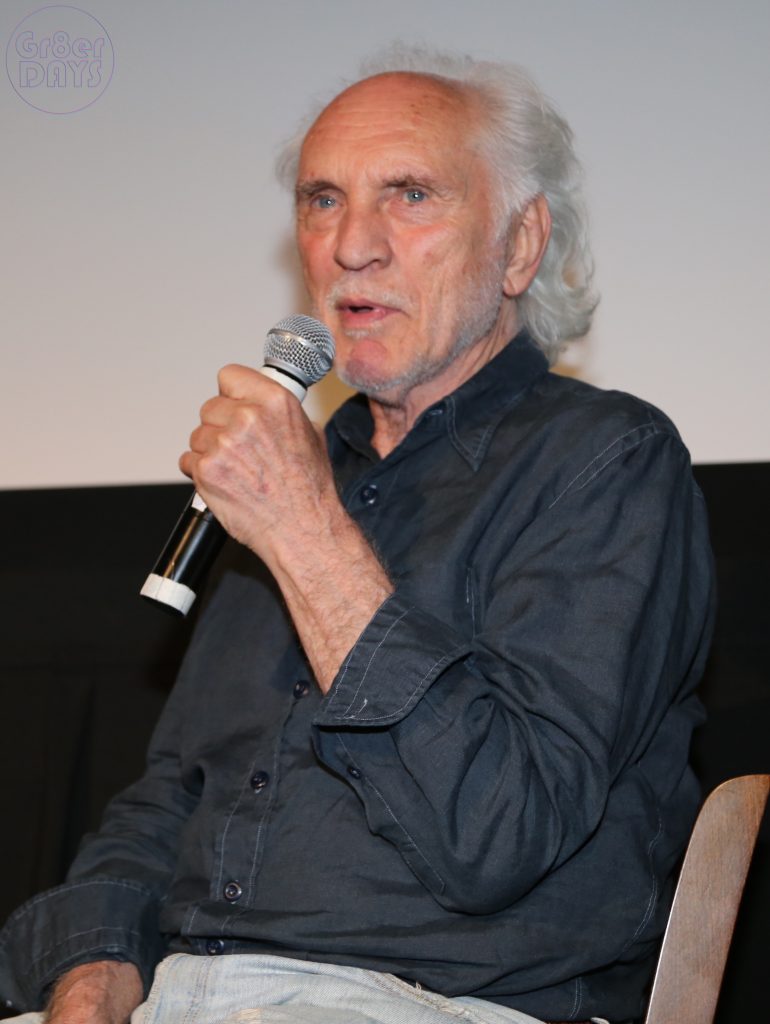 The interviewer led him from speaking about his memoir to the beginning of his career, which confounded his seaman father. Somehow, the poor, coal-shoveling dad who didn't understand entertainment raised this supremely gifted actor as well as his flashy promoter son Chris Stamp (1942-2012), who discovered The Who. 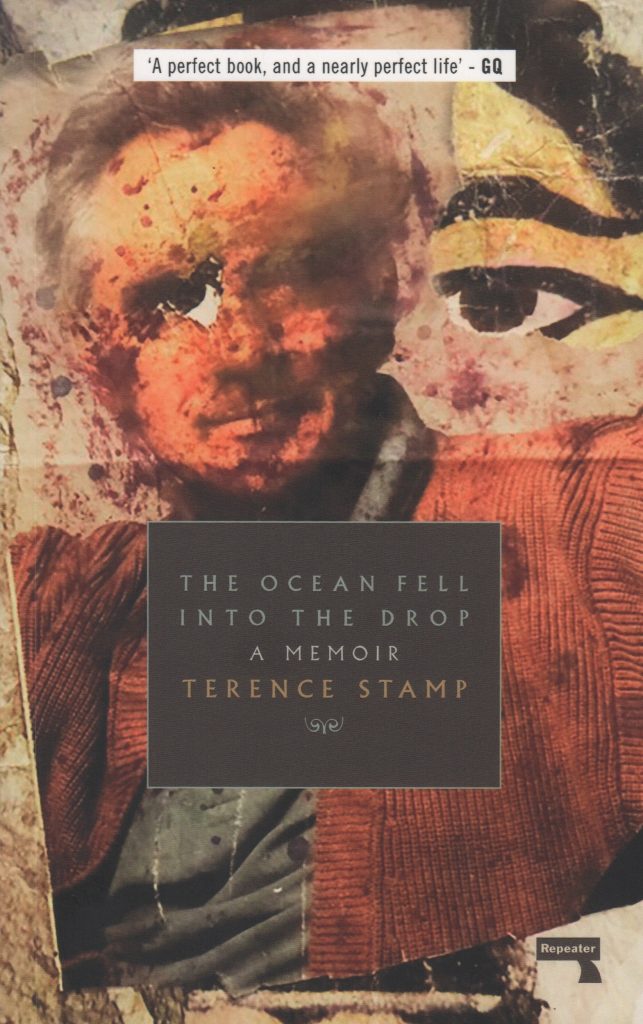 Get it! (Image via Repeater Books)

Stamp is a consummate storyteller. He answered each question only after a hush-inducing pause, and frequently ended with a surprisingly raucous laugh.

The best was saved for last, with a fan timidly bringing up the elephant in the room, Stamp's indelible — but perhaps not so artistically deep — portrayal of General Zod in Superman (1978) and Superman II (1980).

Stamp's answer was that he was late to the event due to hoardes of people outside his hotel waving photos of General Zod to sign! He seemed fine with that, saying that at his age, he has nothing left "to protect." He also told an off-color story about meeting Marlon Brando (1924-2004), who was with "two really delicious Oriental girls" (he hasn't gotten the memo about the terminology, which was especially cringeworthy because the interviewer was a young Asian woman) and who promised Stamp that "they want your d*ck!"

"That was my first day as General Zod — and it got better from then on!" he laughed, bringing down the house. 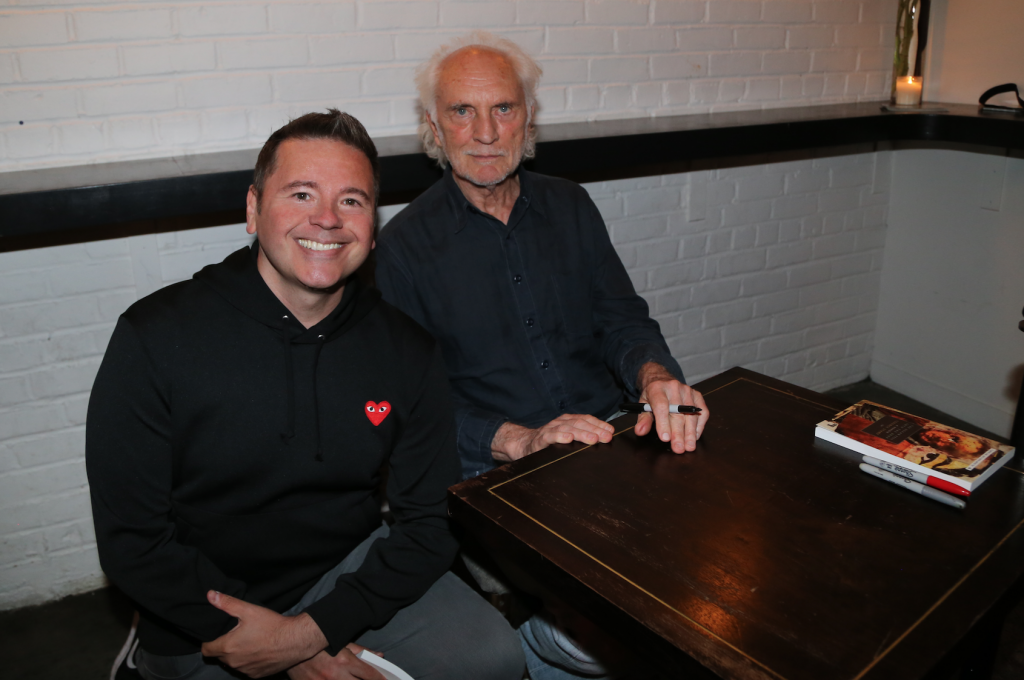 What a thrill! (Image by Anthony Coombs)

After, Stamp graciously signed for everyone who stuck around, sticking mainly to his book. He also posed for photos, which was a treasure — he's never in the U.S. and is pushing 80, so this is not an everyday thing. Outrageously, an older man in line ahead of me barked at the handlers, "If everyone takes a picture we'll be here all night!" I touched his shoulder and made eye contact and told him very firmly, "We want photos." He said, "It's a book-signing!" To which I replied, "We want photos." He shut up and was in and out in less than four minutes.

A very memorable evening with a very special performer. Now I want to go rewatch all the films of his I've loved, and experience the ones I've managed to miss.

Check out the Q&A: