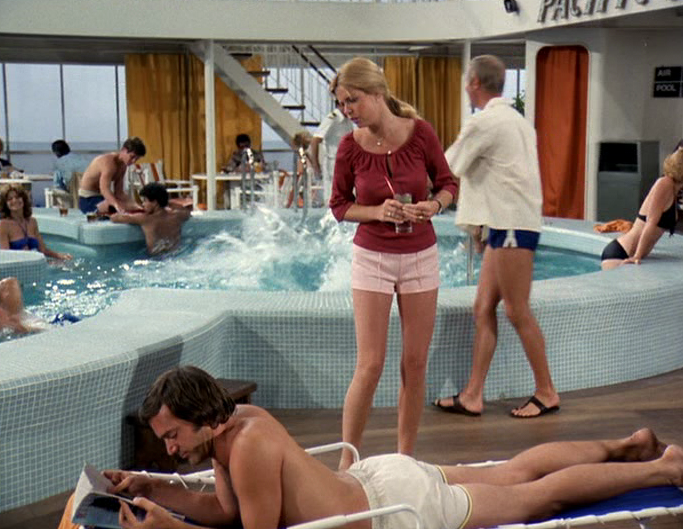 A ratings sensation, The Love Boat rode the crest of loosening attitudes toward sex on TV by offering racy but winking plots in which cruise passengers played by current and past stars spent their time cruising passengers — and, make no mistake, scoring! — only to wind up madly in love in the end, and often engaged to be married.

Ironically, though the show had a burlesque-style risqué quality to it at the time, enhanced by plenty of bikini shots around the pool, it would now be considered eyebrow-raising for its distressingly outdated values. In the same way it can be strange to take in an episode of I Love Lucy (1952-1957) and have to look the other way over the fact that the star was on an allowance courtesy of her husband, there are countless examples of painfully backward values expressed on The Love Boat — which is true of any work of art, high or low.

In the first episode alone, two young people (Brenda Sykes, b. 1949; Jimmie Walker, b. 1947) are at odds because the woman wants to get married instead of living in sin, and cruise director Julie McCoy (Lauren Tewes, b. 1953) expresses shock that Baxter's character would pose nude in the first place. 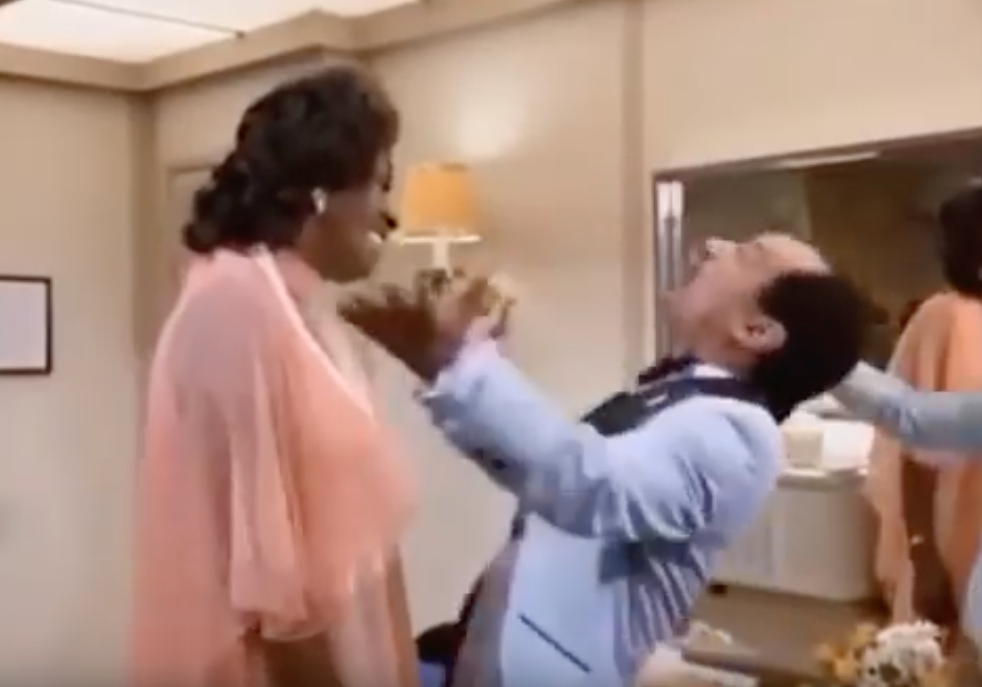 Movin' on down (Image via ABC)

The show also felt racially inclusive at the time, featuring black actor Ted Lange (b. 1948) as a series regular and almost always incorporating black actors into its episodes ... but today, it's somewhat noticeable that the black characters' stories were segregated, and the show often skewed toward somewhat exaggerated black stereotypes. (The whole show was over-the-top.) For example, Mr. "Dy-no-mite" Jimmie Walker was hired to do his schtick on the first episode, and the second featured Sherman Hemsley (1938-2012) and LaWanda Page (1920-2002) — was he always paired with older women?!) as a warring married couple whose "ghetto" realness was played up.

The show's outlook on sex, permissive then, feels patriarchal and weird now. The series is rife with examples of men, including the crew, ogling female passengers and casually obectifying them, and situations that at the time were comically bizarre, but which today are cringeworthy — check out the May 12, 1979, episode, in which Beth Howland (1941-2015) plays a member of the military who hasn't seen a man in six months, so she literally kidnaps Gopher (Fred Grandy, b. 1948) for the duration of the cruise in order to force him to have sex with her. Later, when they make nice, he has sex with her anyway!

The true golden age of TV is probably now, but there is still a lot of pleasure to be had watching some of the series that paved the way, even if asking a millennial about The Love Boat is likely to lead to a blank stare.

Here's Season 1, Episode 2, with Jaclyn Smith (b. 1945) kicking things off as a rich, dissatisfied wife being tailed by a private dick played by Dennis Cole (1940-2009), who she went on the marry in real life ... a Love Boat development if ever there were one: