Charles Aznavour, the French-Armenian singer considered by many to be the most beloved entertainment figure of the 20th century, has died. 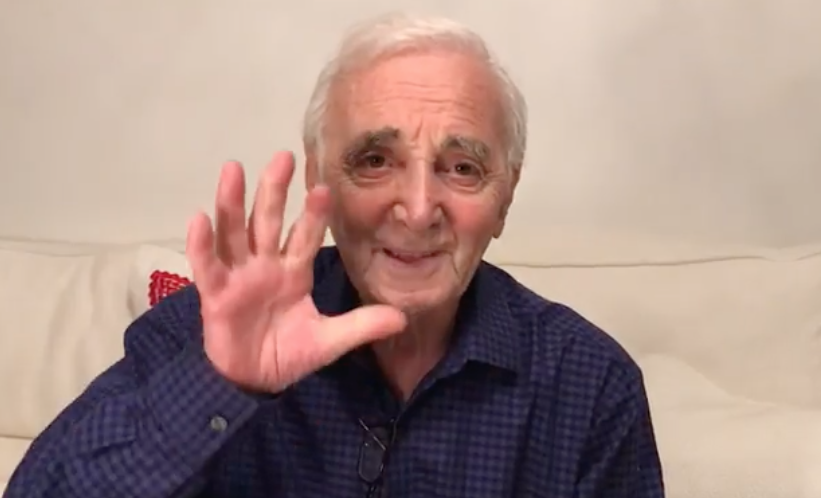 The Guardian reports that Aznavour — frequently called the Sinatra of France — died at his home on Monday, October 1. He was 94.

Aznavour, born Shahnour Varinag Aznavourian in Paris to Armenian parents, was said to have sold more than 100 million records in 80 countries. Unlike many crooners of his era, he was a prolific songwriter.

In a career that dates back to WWII, Aznavour opened for Pia at the Moulin Rouge and would become known as the leading example of the French "chanson," storytelling, form of music.

His work, while categorized as easy listening, was not without controversy, including the 1955 single "Après l'Amour," which was about basking in afterglow, and his 1972 hit "What Makes a Man," in which he sang from the POV of a gay man battling homophobia.

Among an oeuvre characterized by despair, his greatest hit in English was "She" (1974), a wistful homage to the perfect woman.

Charles Aznavour was profoundly French, deeply attached to his Armenian roots and known throughout the world. He has accompanied the joys and pain of three generations. His masterpieces, the tone of his voice, his unique radiance will long survive him.

His final performance was September 17, 2018, in Tokyo. In his final televised interview — presented  Friday on French TV — Aznavour said he would die without his art:

Me, I cannot not live and I live on stage. I’m happy on stage and that’s obvious ... My sister and I decided we’re going to pass 100 years. It’s on record. She doesn’t have the right to go back on it and neither do I.

RIP to a truly, profoundly gifted entertainer and artist of the variety we won't soon encounter again. He was, by all accounts, a profoundly robust figure right up until the end.