Stan Lee, the comic-book magnate who was the co-creator of Marvel Comics and along with it a slew of iconic superheroes, has died. 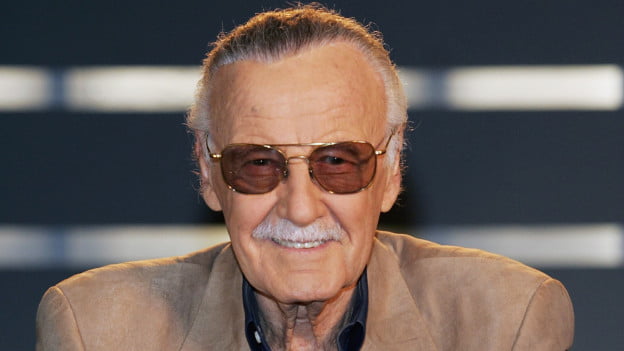 TMZ broke the news that Lee, 95, passed away after being rushed to Cedars-Sinai Medical Center in L.A.

In a statement to TMZ, Lee's daughter, J.C., said:

My father loved all of his fans. He was the greatest, most decent man.

Lee started Marvel Comics with Jack "King" Kirby (1917-1994) in the early '60s, co-creating with him a legion of superheroes who were unlike those who had come before in that they displayed weaknesses. This new kind of human superhero quickly took hold, and has snowballed into a multi-billion-dollar business today.

As Marvel's EIC and later it's publisher and chairman, Lee was directly responsible for the co-creation of many of the most popular comic-book heroes of all time, among them Spider-Man, Black Panther, the Hulk, Doctor Strange, Ant-Man, Iron Man, Thor and the ultimate emo cadre, the X-Men.

He was outspoken in his views, including this still-timely tirade from 1968:

Racism and bigotry are among the deadliest social ills plaguing the world today ... The only way to destroy them, is to expose them — to reveal from the insidious evil they really are.

Lee became a noted philanthropist with 201o's The Stan Lee Foundation, with its focus on literacy.

He became an icon in his own right, popping up on TV and in movies, and as a massive draw at comic conventions.

Lee had experienced health issues in recent years, including pneumonia, but in spite of his advanced age, his death was unexpected.

Stars from across the entertainment galaxy have begun eulogizing him on social media:

Damn... RIP Stan. Thanks for everything. pic.twitter.com/TMAaDJSOhh

You will be missed Stan. Rest in peace. ❤️

We’ve lost a creative genius. Stan Lee was a pioneering force in the superhero universe. I’m proud to have been a small part of his legacy and .... to have helped bring one of his characters to life. #StanLee #Wolverine pic.twitter.com/iOdefi7iYz

There will never be another Stan Lee. For decades he provided both young and old with adventure, escape, comfort, confidence, inspiration, strength, friendship and joy. He exuded love and kindness and will leave an indelible mark on so, so, so many lives. Excelsior!!

RIP, Stan Lee. He was one of my idols. One of the most prolific and influential authors of our time. His stories taught and entertained. And his characters made this nerd feel a part of a tribe of beautiful, wonderful weirdos. Thank you Stan. For everything... pic.twitter.com/oSnNvfCStE

If you're looking for the scope of Stan Lee's career, the dude was literally writing stories about Captain America fighting in World War 2 *during* World War 2.

Iam so sad to hear that @therealstanlee has passed away! ? He left his magnificent stamp on our show @bigbangtheory_cbs in so many ways and we are eternally grateful .. I adored his visits, hugs and fantastic stories . He was an epic superhero and I will never forget him!! #stanlee ? excelsior!!

What a loss to the world of geeks, nerds, superheroes and everyone who has enjoyed the marvelous Universes that @therealstanlee crafted and molded and allowed us to be a part of. There will never be another like him, that’s for sure. #stanlee

Stan Lee and Dr. Seuss and Ray Bradbury. That’s where it begins and ends with me. To those of us who have been so deeply affected by the humanity of his imagination, the understanding of reaching beyond our potential and the necessity of tapping into our immeasurable imaginations, we thank you and are forever indebted. Rest In Peace Dear Stan. You made our time here a better one. #ripstanlee @robliefeld

I was lucky enough to meet Stan Lee once.
All I could muster was “Thank you for the years of entertainment Mr. Lee.”

Heartbroken.@TheRealStanLee represents the best of us. How grateful I am for his existence and influence. He lived to see his creations shape the world, and his legacy will inspire generations to come. But I’ll miss him. EXCELCIOR!!https://t.co/5MMhLiZZ4C

He inspired millions with his myriad, “Marvelous” characters, from Spiderman to Black Panther, Thor to the X-Men. Legendary creator Stan Lee is dead at 95. But his stories will live on and continue to ignite the imaginations of generations to come. Rest with the stars, great sir.

I'm so honored to have met a true icon Mister Stan Lee.. So sorry to hear he passed on at 95! Wow ..He had an amazing life only wish I can make it to 95.
This was taken at NY Comic Con about 5 years ago pic.twitter.com/4abjVc3trV

I just saw the news that Stan Lee has passed away. While I did not know him personally I can say that when I met him he was a charming, delightful rascal! He definitely will be missed. I'd imagine he's soaring through the heavens right about now, shouting EXCELSIOR! -Barbara Eden pic.twitter.com/QY80VtO8FA

Rest in peace, Stan Lee. The many worlds of imagination & delight you created for humanity will last forever.

"Comic books to me are fairy tales for grown-ups." - Stan Lee

As much of the world turns to authoritarians and nationalism, the stories Lee created are more popular, and important, than ever before. Reminding us that diversity is a strength and justice ultimately prevails. RIP.

RIP Stan Lee, part of my life since my 10 year monthly #Hulk subscription started in 1973. I loved talking to him at Comic Cons - Stan was a wrestling fan -
and will always look forward to my children shouting out his @Marvel movie cameos. pic.twitter.com/0KV26dCv8f

Thank you Stan Lee for making people who feel different realize they are special.

The man who created every cool badass superhero has gone passed the body and back to the stars of where his characters were created from. Thank you for inspiring so many and for such a creative mind. We will miss you Superhero Stan ??❤️⚡️?☄️??? @TheRealStanLee pic.twitter.com/iEM7Qx5hJi