Tim Rossovich — dubbed the first football star of the Aquarius Generation — died December 6 in Sacramento, THR reports. He was 72. 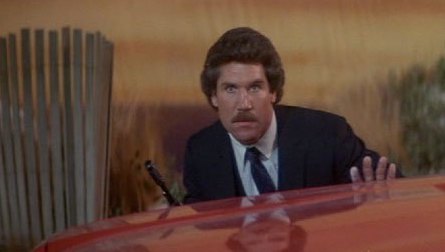 He had reportedly suffered from a long illness of an undisclosed nature.

Rossovich was a different kind of football hero, one who identified as a hippie, was proud to have shaggy hair and a mustache, and who was known for sometimes outrageous behavior — driving a motorbike off a pier, eating lit cigarettes for a reaction, lighting himself on fire for a photo shoot.

Perhaps his most prominent role in films was as the evil "Mustache Man" in 1981's visionary sci-fi thriller Looker, in which he wielded a mysterious gun whose powerful flash hypnotized people, causing them to freeze for long periods of time. The cult classic was written and directed by the late Michael Crichton (1942-2008).

Rossovich is survived by his wife, Lauren, his daughter Jaime, his father Frank, his brother Rick and two sisters.