Anne Jeffreys, the regal beauty who got her start in B movies for Republic and RKO, starred on Broadway and appeared on General Hospital for 20 years has died. She was 94.

Jeffreys' death was confirmed in a tweet by KABC's George Pennacchio. 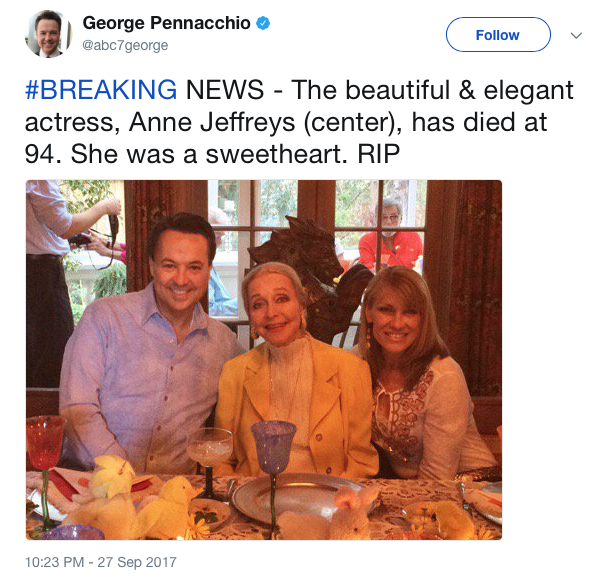 The North Carolina native was a gifted soprano who came to New York on a scholarship to sing opera, performing at Carnegie Hall. While singing and modeling, she was cast in the early '40s in a revue that directly led to her first credited part in a feature film, in 1942's I Married an Angel. 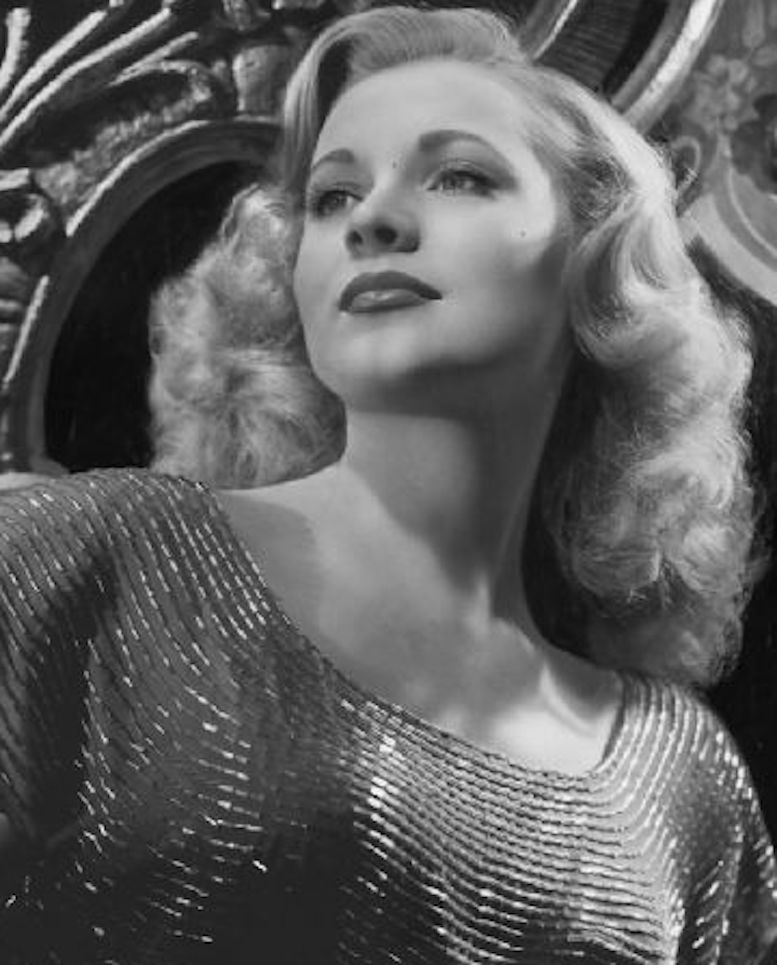 Jeffreys as a contract player (Image via headshot)

For the next decade, Jeffreys was under contract to Republic and RKO, working with Frank Sinatra (1915-1998) in Step Lively (1944) and bringing Tess Trueheart to life in Dick Tracy serials. (Oddly, the '90s Tess Trueheart, actress Glenne Headly, also died this year.) 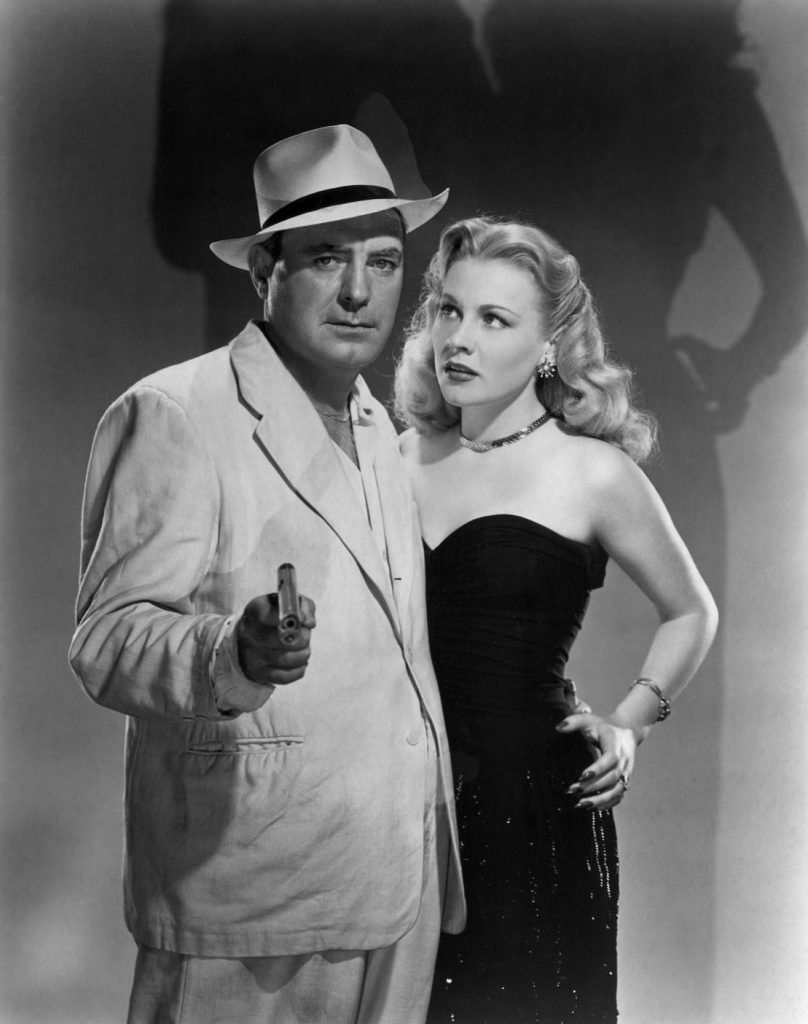 On the show, she and Sterling played Marion and George Kerby, a pair of flippant ghosts only visible to Carroll's irascible banker. The show made perfect use of Jeffreys' elegant wit. 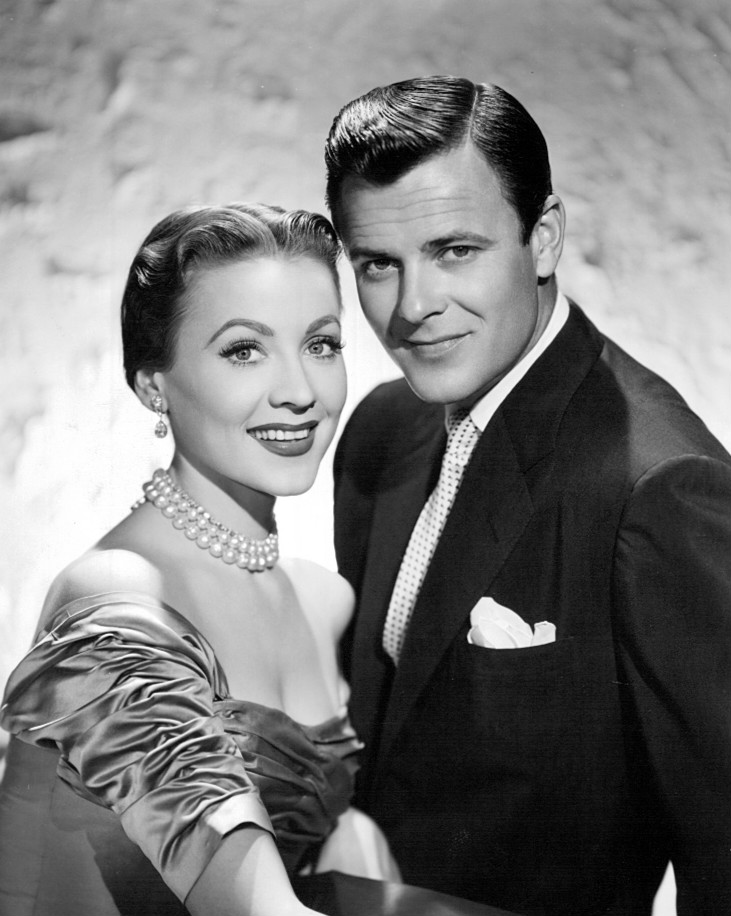 She later starred as the title character on Love That Jill (1958), playing a female modeling agent — with a male secretary, played by Jimmy Lydon (b. 1923) — who butts heads with a rival, again played by her husband.

She did everything Astaire did, except in space — backwards! (Image via ABC) 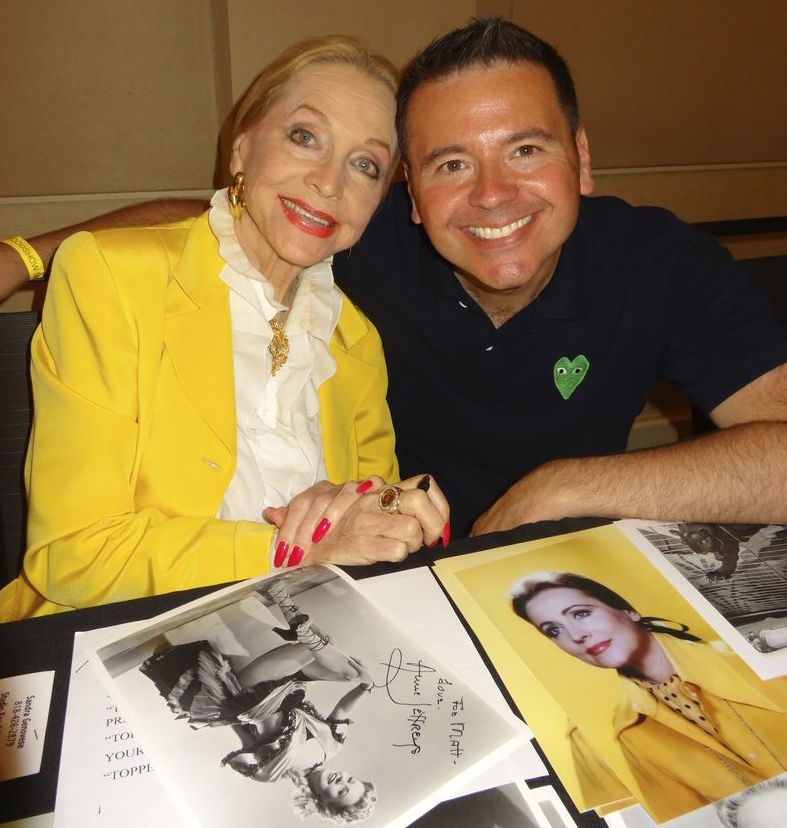 Meeting Jeffreys in 2013 — she cautioned her gay fans "don't get into trouble." But we did.

She acted only four times following her husband's death, her final role on an episode of the acclamed HBO series about death and aging, Getting On (2013).