Dorothy Barrett, a lifelong performer who was a bit player in some of Hollywood's most memorable movies, has died. 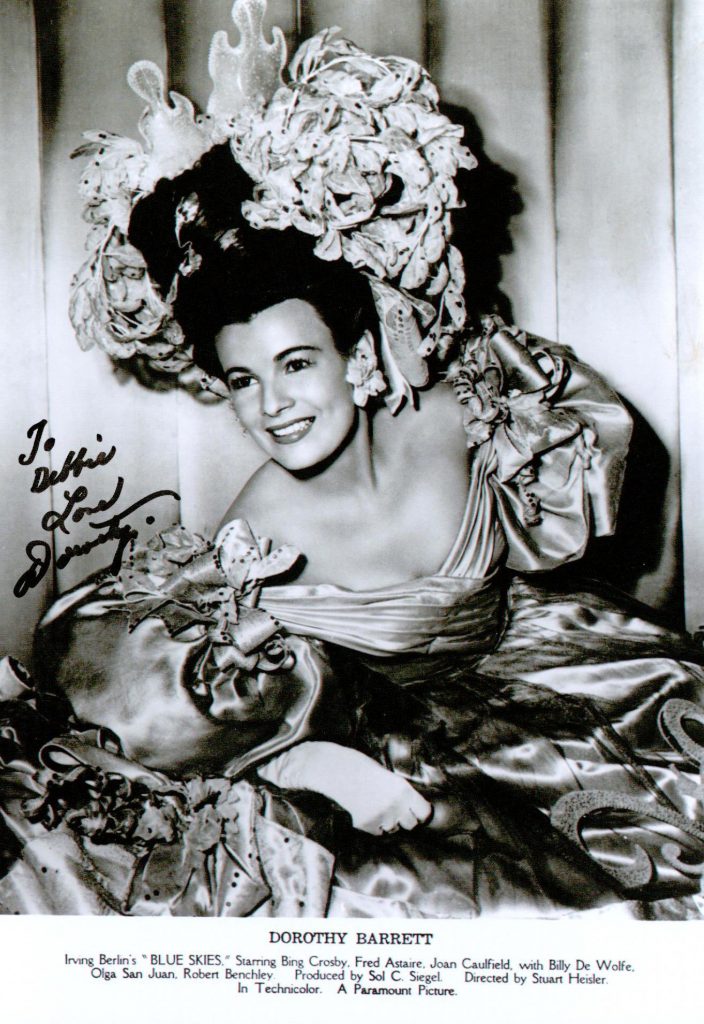 The Tolucan Times reports that Barrett died at age 101 on March 8.

Barrett was a model, dancer and actress whose film credits — while uncredited — including The Wizard of Oz (1939) as an Emerald City manicurist; Mildred Pierce (1945); Monsieur Beaucaire (1946), and others, a total of 13 films according to IMDb.

Her obit makes the claim that she also appeared in Gone with the Wind (1939), but this is unconfirmed.

Barrett remained active in local entertainment and charity efforts, and worked — and danced — until the end.

She also had to fight for her home at the end of her life, he victim of a business partner's death and an incoming partner's rather ruthless decision to force her out of her home studio.