Gertrude Jeannette, recognized as the first woman to become an officially licensed cab driver in New York City, has died at the age of 103.

(Above image of Jeannette with André Womble, b. 1940, by Bert Andrews) 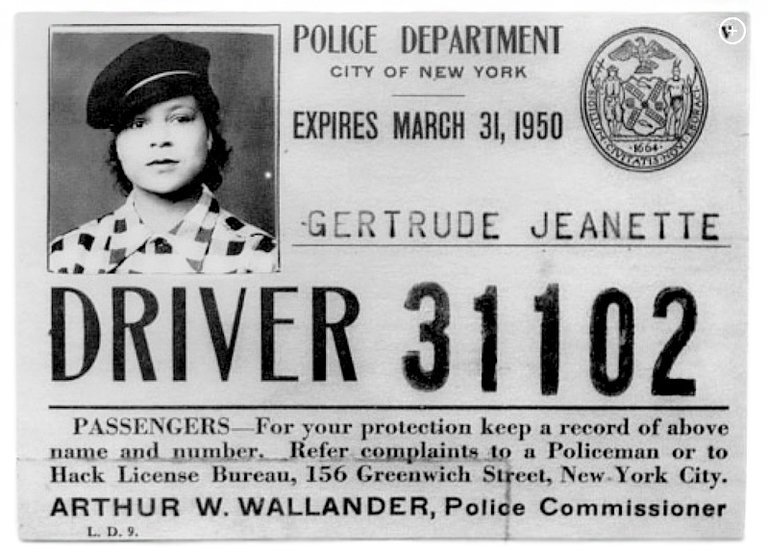 Jeannette — also an early female motorcycle driver — overcame a speech impediment with therapy provided by the American Negro Theater and went on to become a recognized stage and film actress.

Blacklisted in the '50s, she stayed put in Harlem, writing Afro-centric plays like The Way Forward (1950) and honing her directing skills; she continued to direct until the age of 98.