Laurie Mitchell, who appeared in fare as diverse as Queen of Outer Space (1958) and Some Like It Hot (1959) — but was much more likely to be found in projects similar to the former — died September 20, film historian Tom Weaver reported. 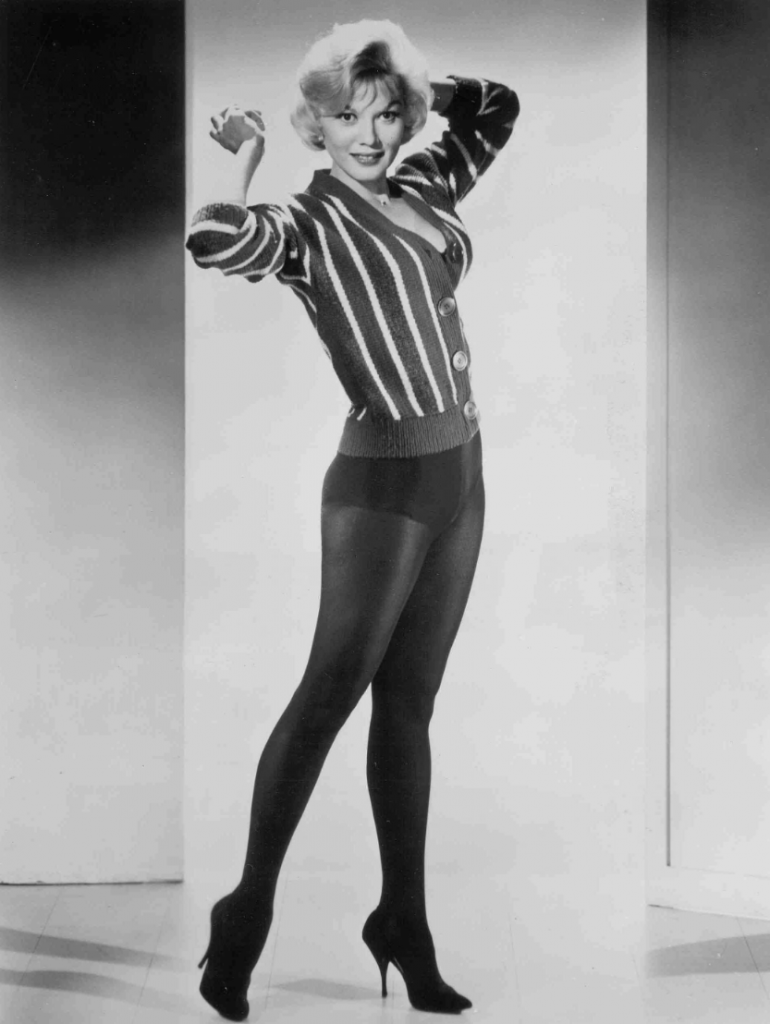 Weaver had befriended Mitchell in the past several years, and said her death was confirmed to him by her daughter.

Mitchell was born in Manhattan and grew up in the East Bronx before moving to California with her family as a teenager. Studying acting, she went on to make her TV and film debuts in the same year — 1954. On television, she acted in two episodes of The Ford Television Theatre, while her silver-screen bow came in an uncredited part in 20,000 Leagues Under the Sea, playing a hooker who is seen walking with star Kirk Douglas (b. 1916).

Mitchell, on the left, as the titular queen (Image via Allied Artists)

Her appearance in horror/sci-fi flicks is what led to autograph-show appearances in recent years. Along with playing Queen Yilana in Queen of Outer Space, she also popped up in Attack of the Puppet People (1958) and Missile to the Moon (1958).

Work had dried up by the late '60s, and she retired officially in 1972 following an appearance on TV's The Bold Ones: The New Doctors in 1971.

Married to a medical salesman, Mitchell — later known as Laurie Mitchell Roberts — kept a low profile until her rediscovery by horror buffs. She described being asked for an autograph decades after her last acting gigs as being a total "thrill."