The secret of billboard star Angelyne's identity was something we never thought we'd know — until we did.

THR's Gary Baum reports on how an anonymous tip led to his unraveling of the elusive pre-Kardashian's family history, Spoiler alert: She's Jewish.

I was a member of Angelyne's fan club in the '90s, mostly on a lark. I understood her Warholian construct and had become enamored with her due to her billboard's appearance in the opening credits of Moonlighting. 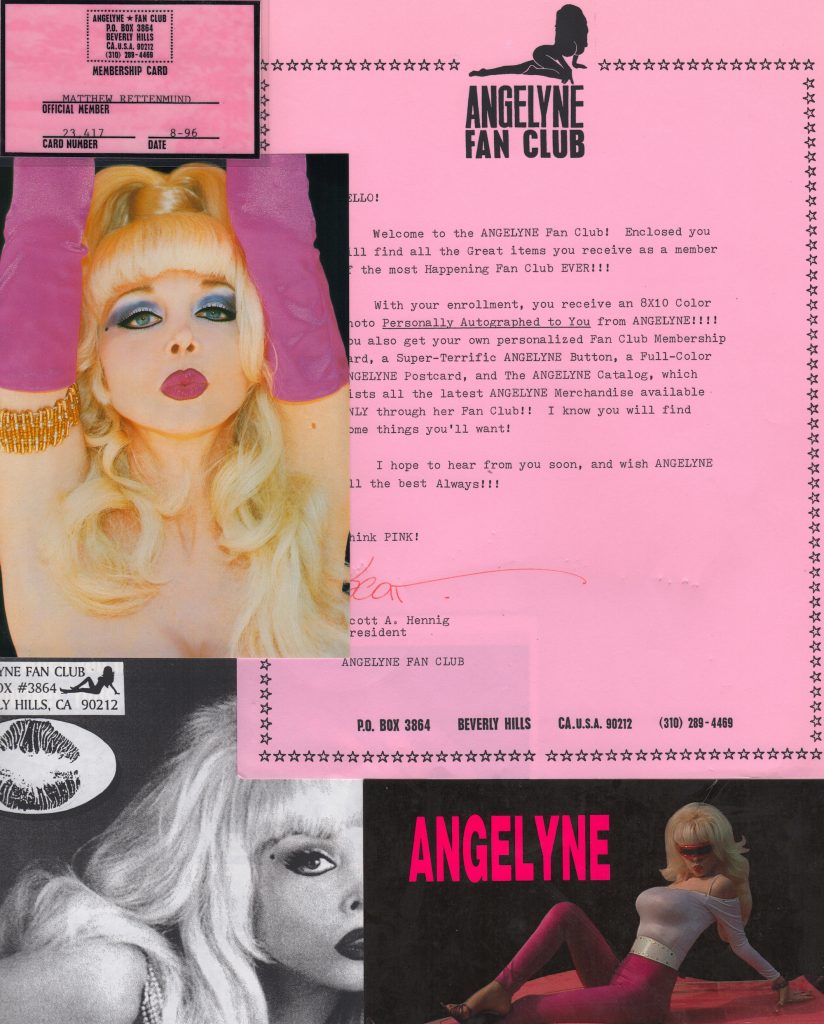 In 2011, I continued to be indulgent of her appeal when I met her at the Hollywood Show in Burbank and paid $100 (!) for a picture with her. She was weird as hell, micromanaged the picture and gave me the hard-sell on other merch, so it wasn't so much a tongue-in-cheek thrill as it was a hand-in-pocket lark.

Now, THR has debunked her persona, revealing exactly who she really is — or was: Renee Goldberg, a divorcée born to concentration camp survivors who lost her mother as a young woman and who invented Angelyne in the '70s. They say Marilyn Monroe could turn Marilyn Monroe on and off. It would appear that Angelyne, once turned on, stayed on.

In the piece, Angelyne's close relatives refused to speak about her, but her ex-husband spoke affectionately, but with candor:

Strauss explained that Goldberg's childhood had been difficult. Her father, a man with a concentration camp number tattooed on his arm, had been controlling, cruel and narrow-minded, propelling her to flee home early. Like many survivors of trauma, Henry didn't discuss it. This extended, to Strauss' memory, as far as Goldberg's own history; her father told her she was born in Israel, not a German displaced-persons camp. Regardless, "she has never considered herself Jewish."

Strauss was surprised to learn from me that Goldberg's mother had died just a few years before he met her; he'd always thought it had been much earlier, a hardened scar. "She'd never talk about her mother — ever, ever, ever. It was a subject that couldn't be brought up. If I brought it up, it was shut down."

After they broke up — it was amicable — he traveled for several years, returning to L.A. in the mid-1970s. "I hooked up with Renee again, and she was Angelyne," he said. "I wasn't there when she made the transition. All of a sudden, big boobs, blond hair, this voice — the voice used to make me nuts. It didn't compute with who I'd known she was."

More at THR on this fascinating person.