Jerry Lewis, who rose to fame as part of the comedy team Martin & Lewis in the '50s, became a slapstick solo star in the '60s and went on to become a film auteur, has died at 91. 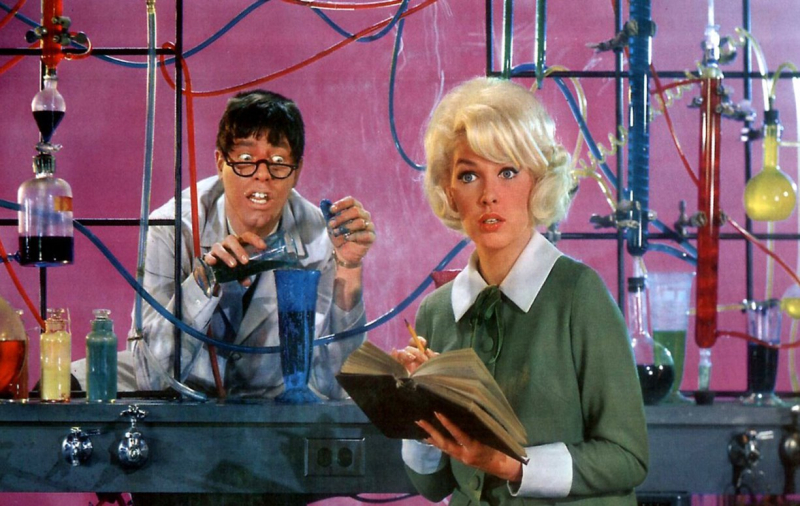 Lewis was born in Newark, New Jersey, in 1926. His father was a Vaudeville emcee and his mother a professional pianist for a radio station. His own career was launched in the 1950s when he, along with crooner and comic Dean Martin, was part of the Martin & Lewis comedy team. The duo was a phenomenon in nightclubs and on the radio, including on their The Martin and Lewis Show (1949-1953). They made many early-TV appearances, beginning with their live-TV debut on Toast of the Town on June 20, 1948.

The team's popularity led to appearances in the films My Friend Irma (1949) and My Friend Irma Goes West (1950), and ultimately their debut as leads in At War with the Army (1950). Over the next several years, they made a total of 16 Martin & Lewis films, always featuring Lewis as the slapstick star and Martin as his unflappable straight man.

The men dissolved their partnership acrimoniously in 1956, making very few public appearances together afterward until a
thawing in the '80s, when Lewis sang happy birthday to Martin at Martin's final public appearance before his death.

In the late '50s, Lewis continued as a popular live act, cut comedy albums and made several hit comedy films on his own, including Rock-A-Bye Baby (1958; his song of the same name sold 4 million copies) and The Geisha Boy (1958).

The first film Lewis produced, The Bellboy (1960), became a comedy classic, as did his CinderFella (1960) and The Nutty Professor (1963), the latter of which he also produced, directed and co-wrote.

Lewis had been one of the last surviving stars to appear in the beloved caper It's a Mad, Mad, Mad, Mad World (1963), and he also scored with 1964's The Disorderly Orderly.

Many U.S. critics considered Lewis's output to be mainstream schlock, but he achieved auteur status in some circles, and it was often joked that “they love him in France.” ...

Infamously, Lewis starred in and directed The Day the Clown Cried in 1972, a drama set in a concentration camp in Nazi Germany. Whether due to legal wrangling or Lewis' dissatisfaction with the end result, it was never released. A copy rests with the Library of Congress, but can not be made available publicly until 2025. It was among 14 feature films he directed.

His film career sank, but he continued making sporadic TV and movie appearances.

In the '80s, Lewis made a brief resurgence on the silver screen, directing and starring in the financially successful comedy Hardly Working (1981) before tackling the title role in Martin Scorsese's critically acclaimed The King of Comedy, a 1983 film that prefigured our culture's obsession with celebrity, the rise of stalkers and the birth of reality TV. The film contains Lewis' most highly regarded performance, as a jaded comedy legend who is held hostage by a fame-seeking sycophant and a deranged fan.

Since then, Lewis had continued performing, albeit less prolifically. For my money, The King of Comedy eclipses anything else he ever did; I find most of his stuff remarkably dated. Even as a kid, I wasn't too impressed. As an adult, I wasn't impressed with stories of his personal demeanor, nor were his political leanings up my alley — he was angry that people criticized Bush, but criticized President Obama, was anti-immigration and supported Trump.

His last big media hit came in December, when he granted an unbelievably grumpy interview to THR in honor of being an entertainer working past the age of 90.