Blowing Up Her Image: A Review of ‘Bombshell’

If you're old enough to know who Hedy Lamarr (1914-2000) was, her name probably conjures a handful of things: Great beauty, skinny-dipping, many husbands, Harvey Korman's Hedley Lamarr character in Blazing Saddles (1974), a shoplifting scandal. 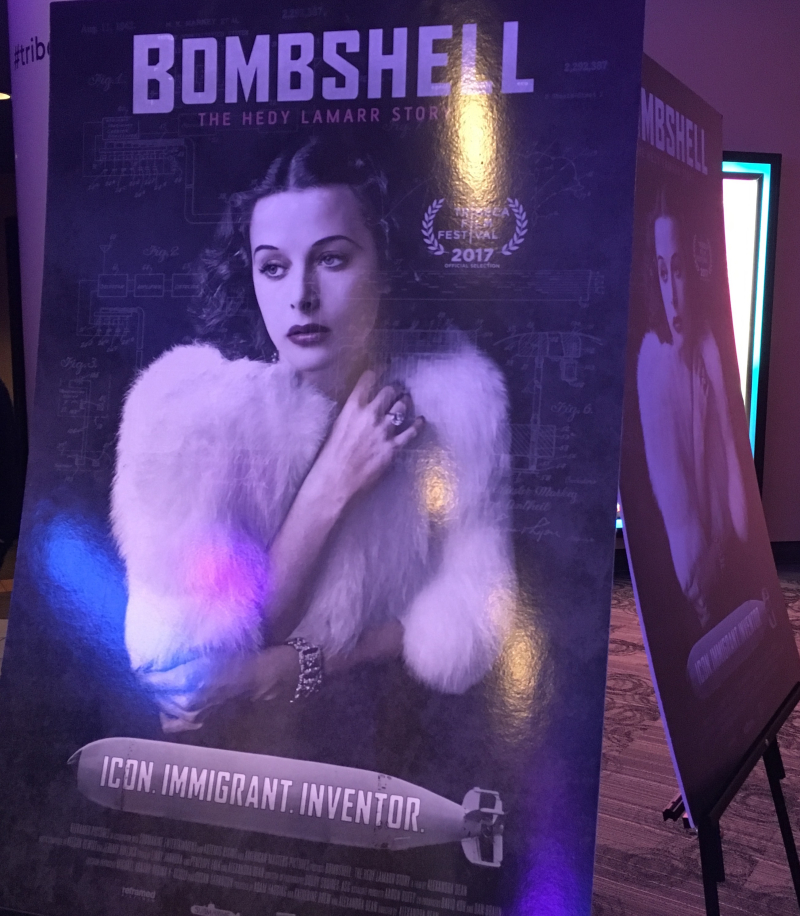 After viewing director Alexandra Dean's Bombshell: The Hedy Lamarr Story, you'll never think of this woman the same way again, and anyone being introduced to Lamarr via this film will have the advantage of knowing a much truer picture of Lamarr than the Hollywood image she herself despised.

There is a reason the production company for this effort — which boasts Susan Sarandon as a producer — is entitled Reframed Pictures.

“Here is the role model everyone thinks doesn't exist. And she's a movie star! I knew it had to be my next project.” — Director Alexandra Dean on Hedy Lamarr

The film, beautifully shot and edited with great care to form a compelling narrative, covers the most important aspects of the Austrian actress's career, including her infamous nude swimming scene in 1933's Ecstasy, triumphs in films like Ziegfeld Girl (1941) and Samson and Delilah (1949), the self-parodying of popular pap like White Cargo (1942), and her pioneering efforts as a producer of her own work with Loves of Three Queens (1954). 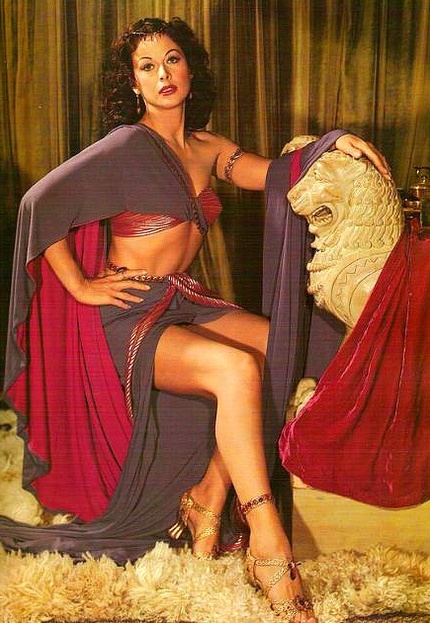 If ever a woman was underestimated because of her beauty, Hedy Lamarr was. (Image via Paramount)

However, the doc's main focus is not to ooh and ahh over her remarkable beauty as a movie queen, but to show how her good looks held Lamarr back from the field in which she probably belonged — science.

Dismissed as a hot piece willing to disrobe on camera, Lamarr was in fact a cerebral woman whose mind worked like that of a trained scientist. Thanks to newly rediscovered audio tapes of a Forbes interview the by-then reclusive Lamarr gave Fleming Meeks, we are treated to hearing how she analyzed even simple subjects (you'll never forget her shading water wings), and we are also given ample reason to believe that Lamarr was not only a beauty with a brain, but was responsible for one of the last century's most important inventions — frequency hopping.

During World War II, Lamarr was troubled by how indestructible German ships seemed to be, and decided to devise a way for the Allies to create torpedoes that couldn't be stopped or tracked. Realizing the Germans would jam all frequencies to make torpedoes less accurate, she invented the idea of frequency hopping — sending torpedoes using an indecipherable series of codes on different frequencies — with the help of her musican friend George Antheil (1900-1959), who came up with the idea of adding player-piano tech to the concept. They were granted a patent in 1942, but the idea was snatched by the military and the inventors were never kept apprised of its application, which began within 20 years, and which is now recognized as the foundation of such indispensable innovations as Bluetooth, CDMA and Wi-Fi.

They were never paid a dime.

In the film, we hear Lamarr circa 1990 casually say inventing things came easy to her, but it is apparent nothing else did. Pigeon-holed as a shallow beauty, she was pushed to sell war bonds via kissing soldiers and showing leg, even though she'd invented something that might have ended the war had it been taken more seriously sooner.

Her film career languished, her beauty faded (and became garish thanks to multiple excursions into plastic surgery — which she also pioneered, by coaxing doctors to try new techniques on her famous face and body) and her love relationships with men were nothing short of disastrous. She rarely saw her children for the last 20 years of her life, including her son, Anthony Loder, but Loder became an archivist of his mother's life and work, and a champion for a reassessment of her contributions to science.

Interviews with Lamarr's children and family members are quite touching, showing how her addiction to pills prescribed during her studio days and dissatisfaction with her unchallenging work led to erratic, offputting, isolating behavior in her twilight years (her final film was in 1958). 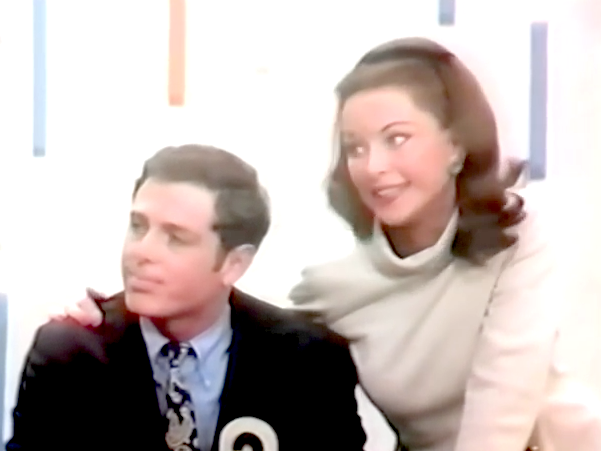 In spite of it all, it is clear her family remains in awe of Lamarr's abilities, and there is a palpable sense of relief in their interviews that the matriarch is finally getting her due.

Touching in a different way are portions of the film that underscore Lamarr's pride; she was very unhappy with parodies, such as Lucille Ball's broad take on White Cargo, and rather than painting her as humorless, this reaction seems to suggest she never felt in on the joke. For some reason, while the film cleverly uses Blazing Saddles director Mel Brooks to set up its premise, it avoids mentioning that she sued Brooks over the Hedley Lamarr character. The film also doesn't bring up Lamarr's successful suit against Corel, which inadvertently used her visage in the '90s on its packaging, settling by offering her a five-year license. 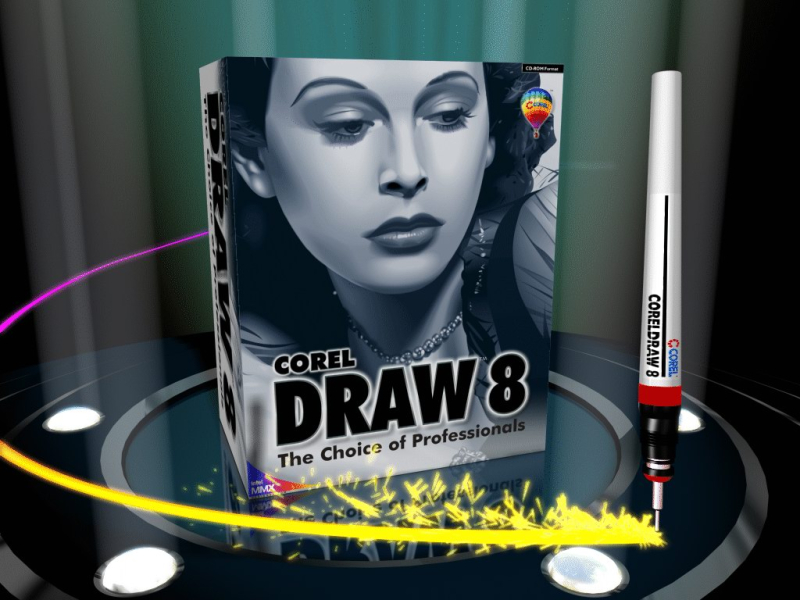 The company had thought the image was stock art — not based on a real woman. (Image via Corel)

It is ironic that a software company had no idea the pretty lady on its packaging was a real person, considering her (unsung) contributions to technology.

A feminist approach that feels far more organic than the one in that Feud subplot motors this reset on who Hedy Lamarr really was, and interviews with friends Roy Windham (she told him Howard Hughes made all his scientists available to her) and the late Robert Osborne (they laughed at the made-up nonsense in her ghostwritten memoir Ecstasy and Me — until they realized it had been published) flesh out the woman whose brain gave so much to the world, and yet couldn't invent a happy ending for itself. 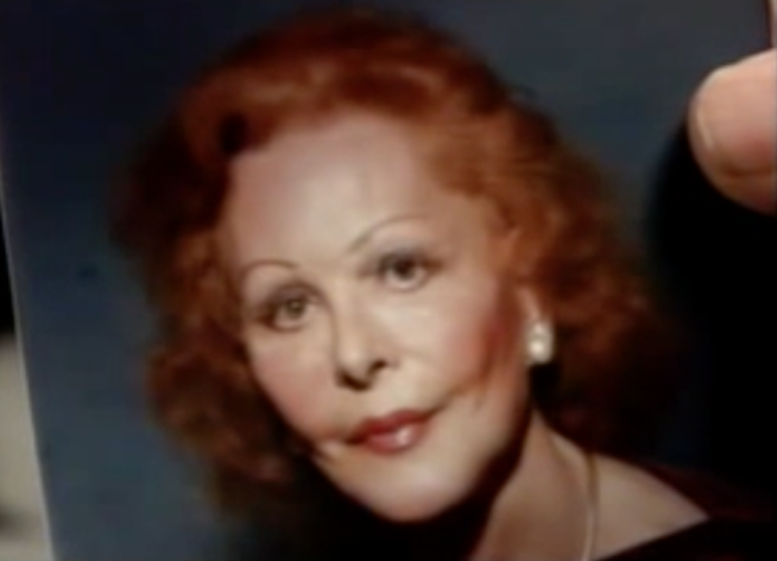 Lamarr in the last decade of her life, as seen in the 2004 film Calling Hedy Lamarr

After a successful run at Tribeca, Bombshell: The Hedy Lamarr Story will have its U.S. premiere on PBS's American Masters series.