Let's Make a Deal host Monty Hall, one of the most iconic figures in his field, has died, Variety reports. He was 96.

Hall's death was confirmed by his daughter, the actress Joanna Gleason. 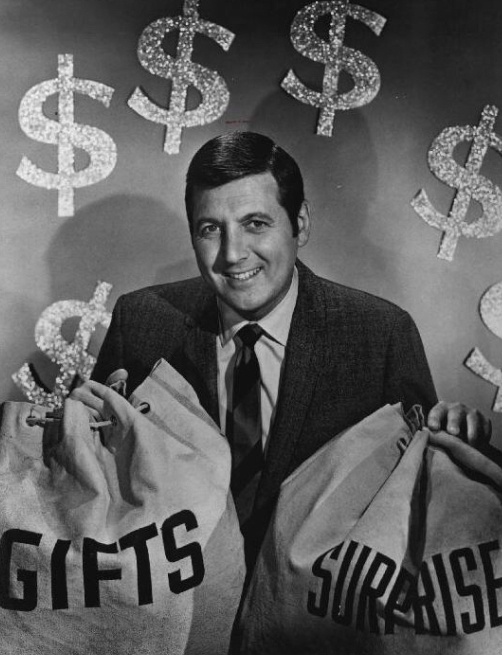 He's in the money ... Hall in the early days of LMAD (Image via CBS)

Hall co-created Let's Make a Deal, and hosted it from 1963-1975, and again sporadically in the '80s and '90s. He made guest appearances on the show as recently as 2010, and earlier this year returned to the set, alongside current host Wayne Brady, to celebrate the CBS daytime lineup.

In a statement, CBS exect Angelica McDaniel said of Hall, “Monty’s infectious enthusiasm, humor and warmth were a winning combination that was evident to everyone he encountered ... On screen, Monty made the ‘Big Deals,’ but in the game of life, he himself was one.”

Hall and Let's Make a Deal were so popular he appeared on a classic 1973 episode of The Odd Couple:

The show's use of a nail-biting choice for contestants — door #1, #2 or #3 — led to the naming of "the Monty Hall Problem," a thought experiment. Somehow, Hall's wily dealmaking, which often resulted in breathless, costumed contestants unwittingly trading valuable prizes for worthless junk, didn't tarnish his image as a warm-hearted ringmaster.

Hall is survived by three children, including Gleason; five grandchildren; and a brother. His wife of just under 70 years, philanthropist (along with Hall) and writer/producer Marilyn Hall, preceded him in death by three months.