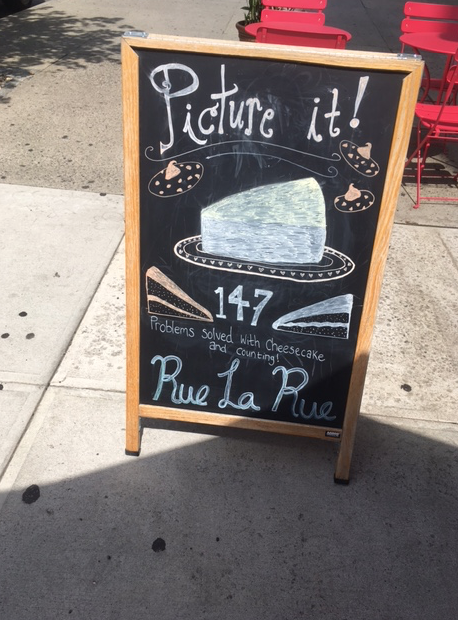 A good sign! (All images by Matthew Rettenmund/Melissa Hasan)

When my sister visited me recently, we made the trek (or was it a pilgrimmage?) to the site, at 4396 Broadway, a straight shot on the A from Times Square.

Did it live up to the hype? Let's just say I look forward to sampling its comfort-food staples many, many times. 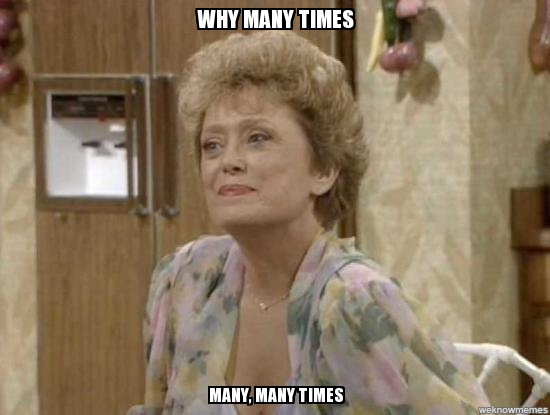 She said it best. (Image via NBC)

The café is as small as Sophia, as garish as Blanche, as warm as Rose and as features memorabilia worthy of one of Dorothy's double-takes. 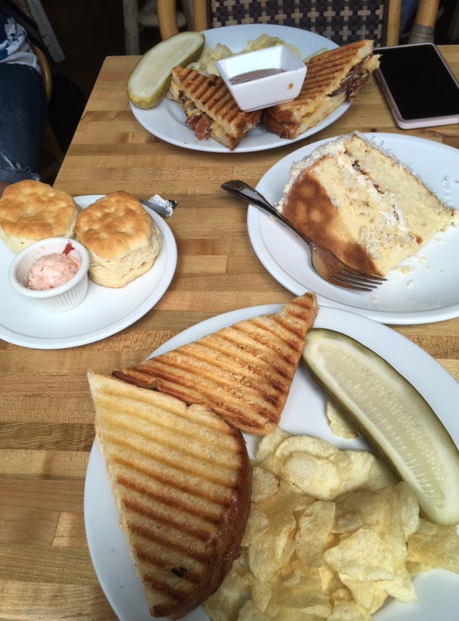 "It's just that we didn't expect you to be this fat."

The food is basic fare. We ordered a tuna melt and a grilled cheese with bacon, which were absolutely delicious and served on thick bread. Praise challah! 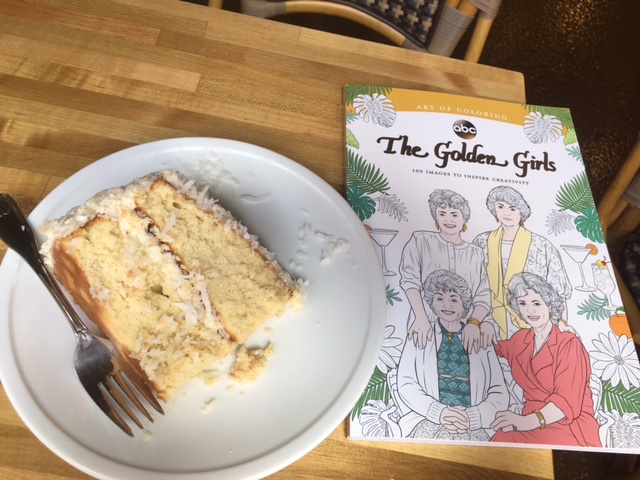 We had cake instead of cheesecake and sprang for the $15 coloring book!

Rounding things out — and because we are carb addicts — we also tried the yummy biscuits (points off for not having honey) and ended things with a generous hunk of Betty White Cake. What is Betty White Cake? It's a tasty coconut cake that you will find a lot easier to swallow than one of her St. Olaf stories. 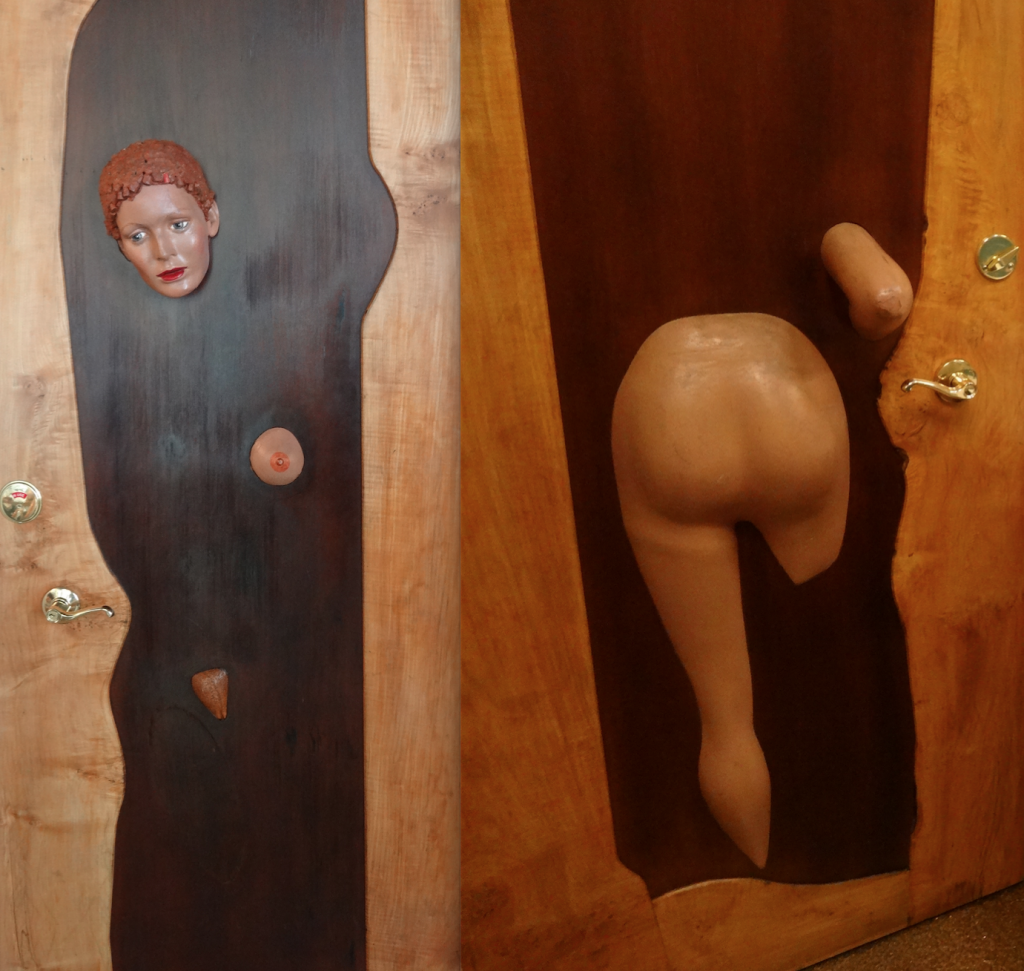 The bathroom must be seen to be believed! 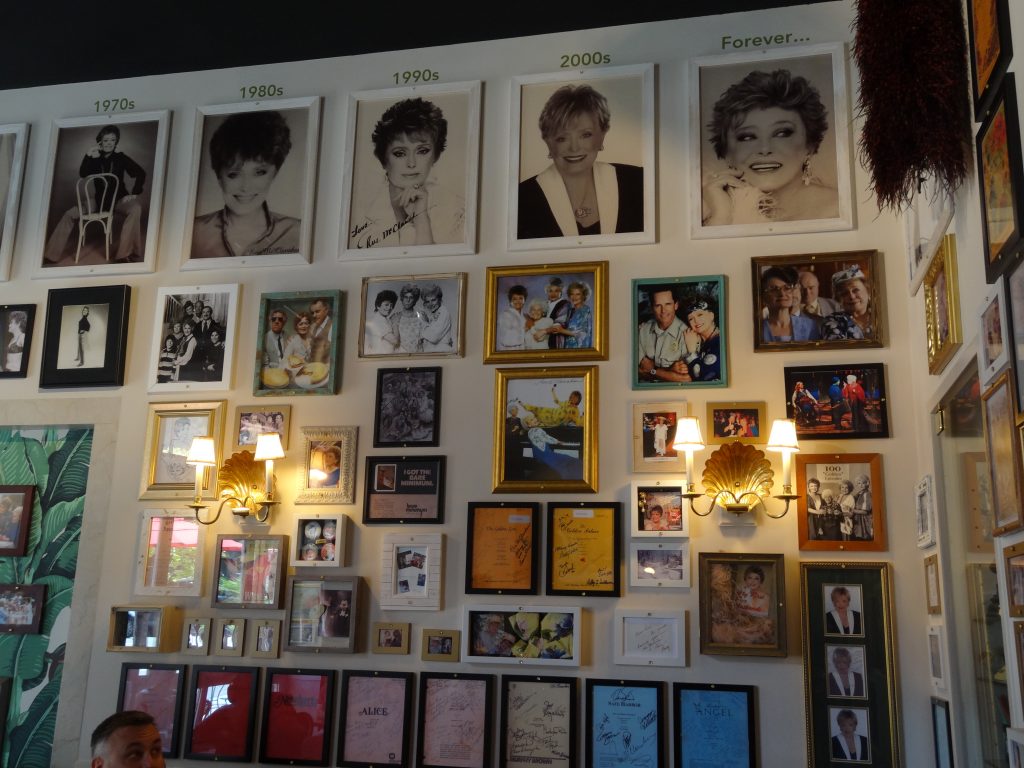 While eating, you can eye-ball the memorabilia, which is on display from wall to wall. You can almost forgive the place for not having a lanai considering it has so many great artifacts, mostly from the late Rue McClanahan's estate, including Rue's Emmy, iconic outfits, amazing photos a even a bizarre bathroom door adorned with casts of the actress's face, bosom, butt and, er, well, another major part of the female body. 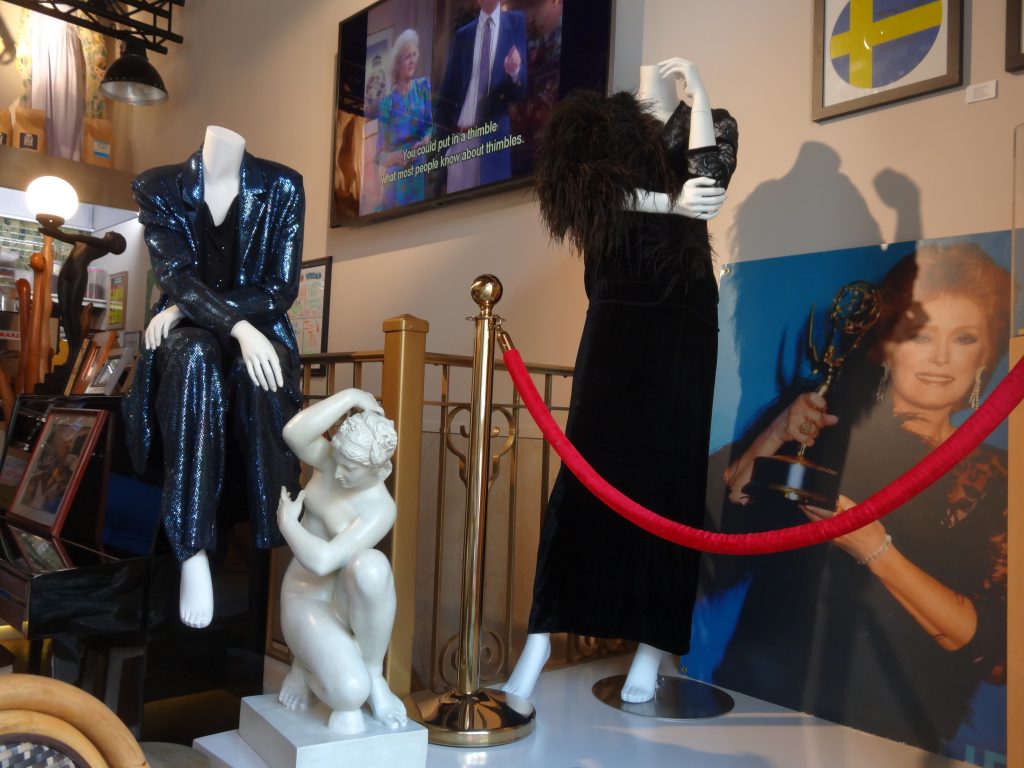 Blanche had the best clothes, and Rue's contract allowed her to keep them.

Great experience from start to finish, just like the entire Golden Girls series.