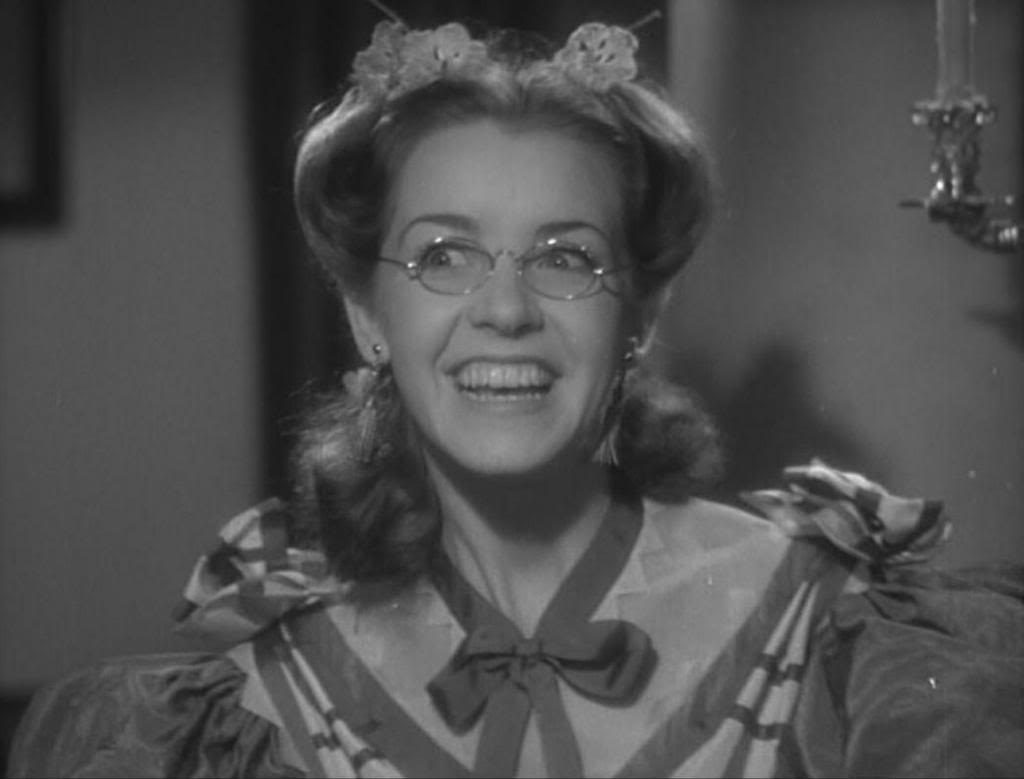 Hunt in Pride and Prejudice (Image via MGM)

But a raw deal is what she got when she boarded a packed plane 70 years ago this month. The flight was chartered to fly from Inglewood, California, to D.C., where many Hollywood luminaries would offer support to 19 writers, producers and directors who were testifying in front of HUAC, the newly formed House on Un-American Activities.

She wasn't the only noteworthy person on the flight. In fact, Bogie & Bacall, John Huston, Gene Kelly and many others arrived at the hearings to show solidarity with their peers — but three days later, they were told the flight had been arranged by the Communist Party (untrue), so had to either renounce their appearance in D.C. or face blacklisting.

According to Hunt, who turns 100 years old on October 17, she never even considered the former, and was shocked when the industry giants on the flight all, one by one, chose the latter. 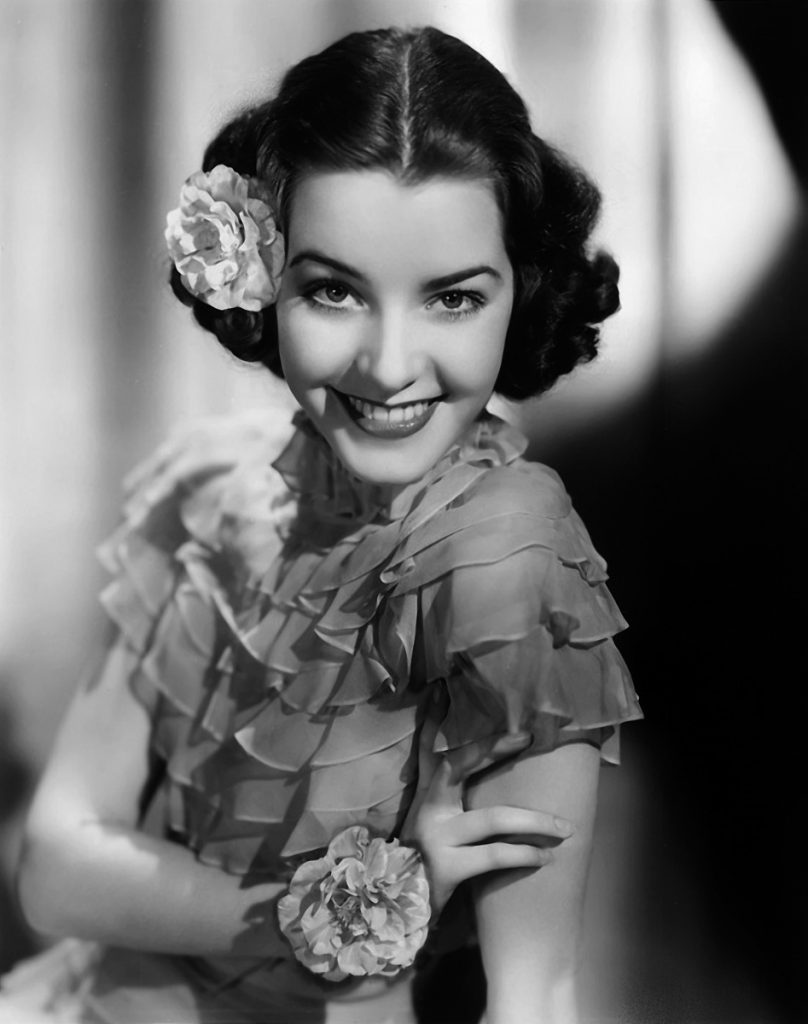 Hunt at the peak of her career

In a new piece in the Los Angeles Daily News, Hunt recalls:

“I went to the Beverly Hills Hotel by appointment and was told at 5 p.m. he would come down to meet me,” Hunt says. “I sat in the lobby watching the elevator and finally out of it came John Huston.

“His eyes raked the lobby, spotted me, and never looked at me again. He came toward me, sat beside me, looking clearly away from me. He said two sentences, ‘I hadn’t realized it at the time, but that flight to Washington had really been planned by Communists,’ and ‘I’m sorry I can’t visit because I’m already late for an appointment.’

“And he was out the door. It took me a long time before I could get up from that seat because a giant had just crumbled before my eyes.”

Five years after the fateful flight, Hunt was blacklisted. She is now the only surviving participant of the protest. 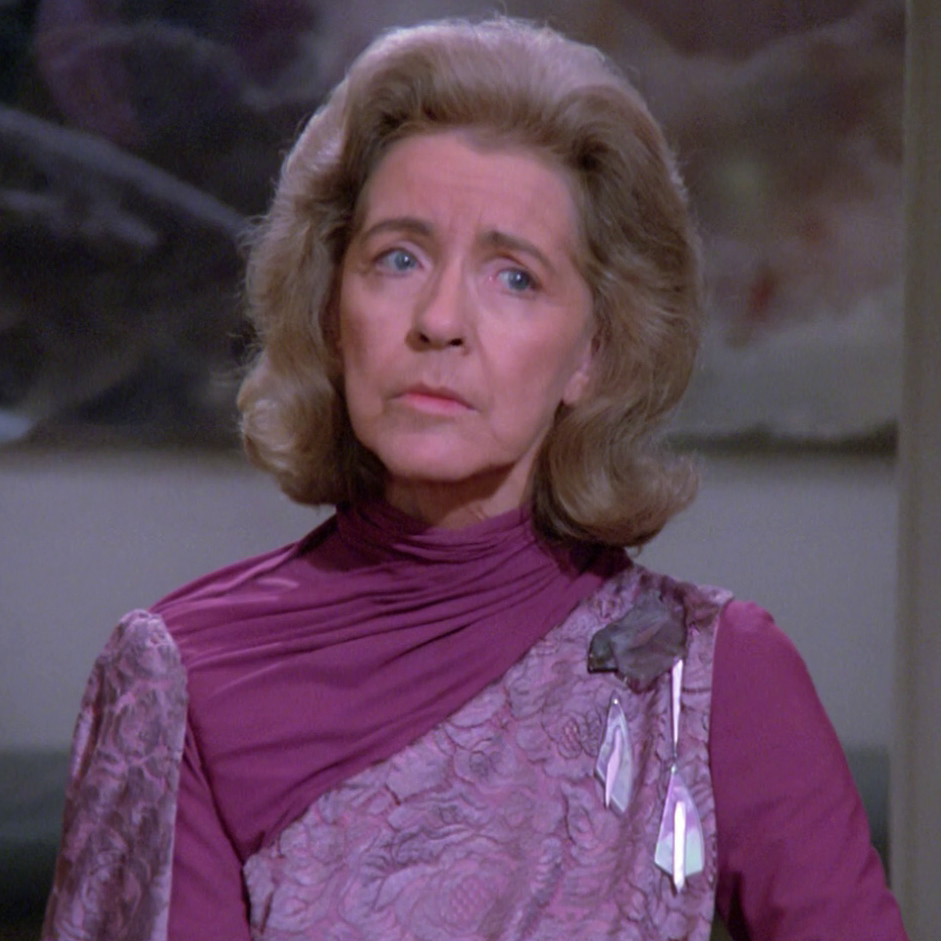 Appearing on Star Trek: The Next Generation in 1988 (Image via CBS)

Hunt's recollection of this dispiriting moment appears in the new documentary on her life, Marsha Hunt's Sweet Adversity, which will receive a special screening in Palm Springs on October 14. The doc has made the rounds at various film fests, but has yet to be picked up for distribution. 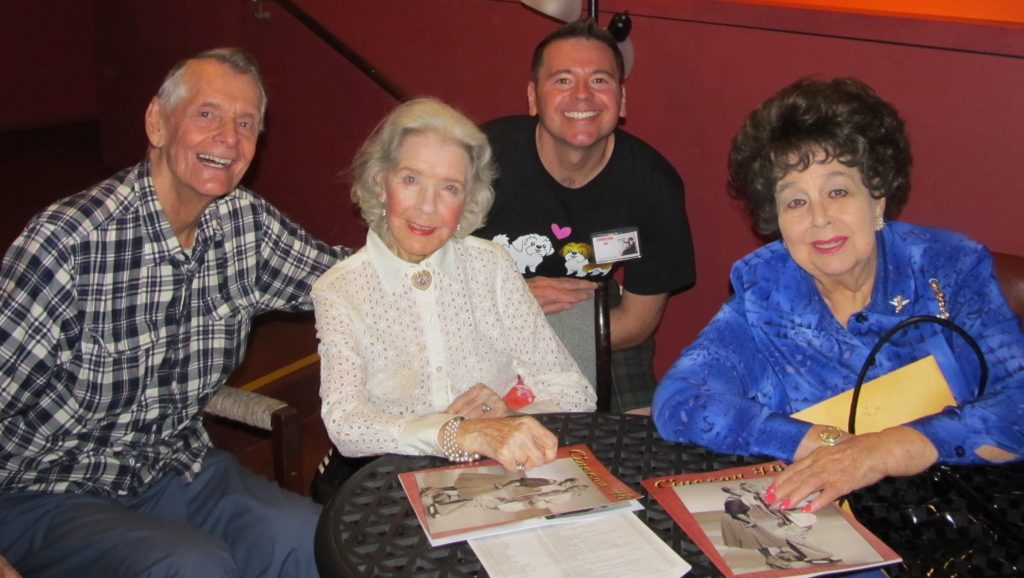 Hunt & the author (center), flanked by Carleton Carpenter and Jane Withers in 2012 (Image by Matthew Rettenmund)

In spite of the tough hand she's been dealt, I had the pleasure of meeting Hunt at Cinecon several years ago, and can report she was the least embittered person you could meet. Being blacklisted drove her out of the movies for 25 years, but it didn't break her spirit.

Hunt has acted only a handful of times in the past 50 years, once in 1971's Johnny Got His Gun, written and directed by fellow blacklisted professional Dalton Trumbo. Instead, she has dedicated her life to progressive political activism, including speaking out in favor of same-sex marriage, on behalf of environmental causes and also as a living reminder of he terrible wrong that was the blacklist.

Watch Hunt speak to the sold-out crowd watching her doc at the Burbank International Film Festival in 2015: