Rose Marie, one of our last living links to Vaudeville — and one of the stars of the iconic Dick Van Dyke Show (1961-1966), exemplifies the old saying, "Better late than never."

A fixture at autograph shows and in relatively good health, the wisecracking comic recently joined Twitter, telling fans she's "not sure how much longer" she'll be tweeting, but asking fans to give her a follow.

In just a matter of days, Rose Marie has acquired close to 100,000 followers. Good timing! 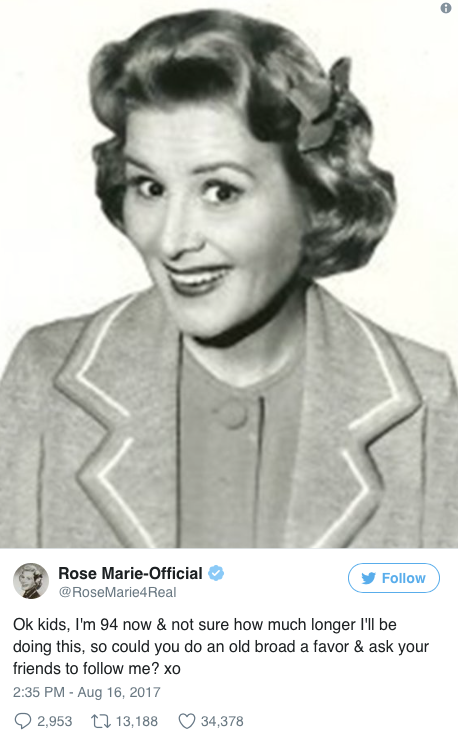 Now, showing that you really can teach old dogs new tricks (and if she's an old dog, she is best in show and we're all just fire hydrants), she's just tweeted her very forward-thinking support for the countless women who have now come forward to trash embattled media mogul Harvey Weinstein for inappropriate behavior.

I’ve worked since I was 3, Im 94. W/ Weinstein, finally women are speaking up to power. I have suffered my whole life for that. Dont stop https://t.co/sad20SYn2V

I find this candor, coming from a woman who might be expected to be so old-school the casting couch would be an accepted fact of life, totally refreshing and inspiring. What a great lady.

In other news, a documentary on Rose Marie's life, Wait for Your Laugh, is coming down the pike. 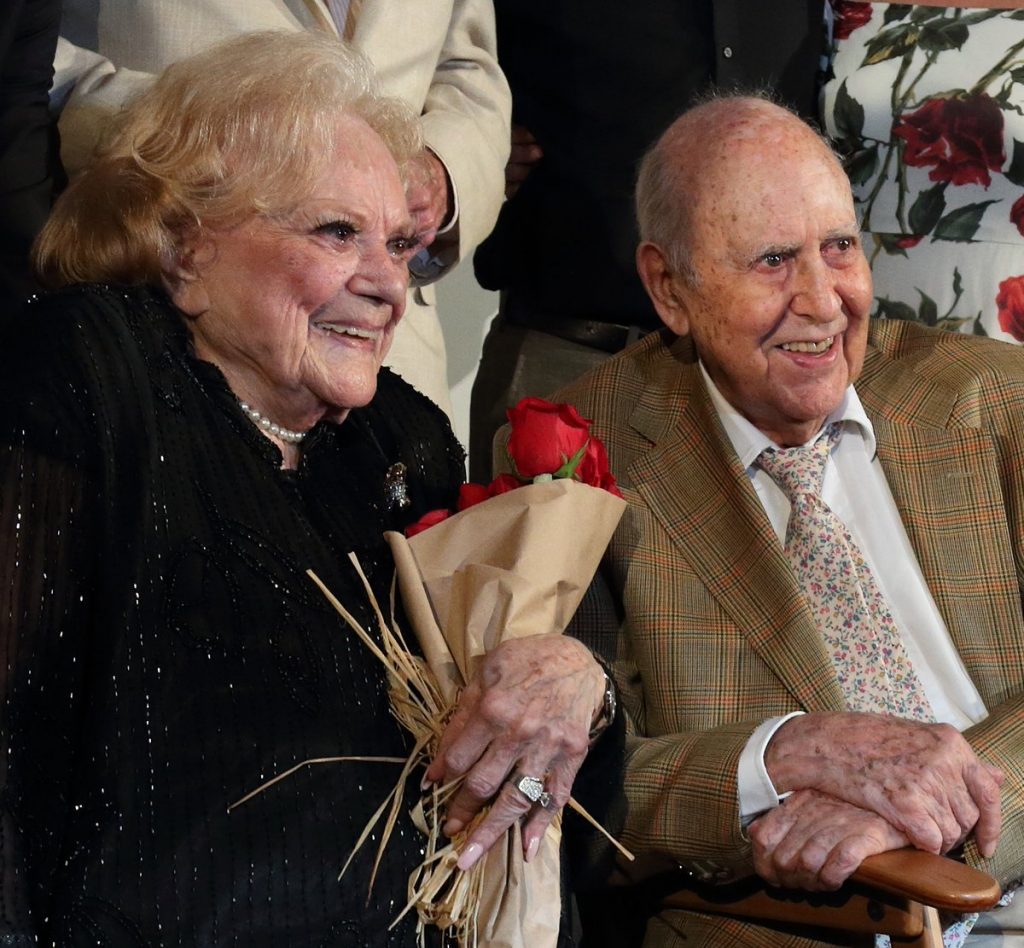 This is no bullshit. The is the finest documentary about anybody I've ever, ever seen.

As of 2022, the movie is available on Amazon Prime Video or for free with ads on Roku Channel, Pluto TV, VUDU Free, IMDb TV and Amazon Channel.

Finally, check out one of my meetings with this Rose Marie from 2011.