Baltimore's terror-reigning drag queen in the '60s, he was actually a talented character actor who brought genuine humor and pathos to his many roles in the films of John Waters (b. 1946). That talent wasn't fully recognized in the industry until the release of the last of his films he lived to see, Hairspray (1988).

Wonder what he would think of how iconic that film has become, thanks to the long-running Broadway musical it inspired? 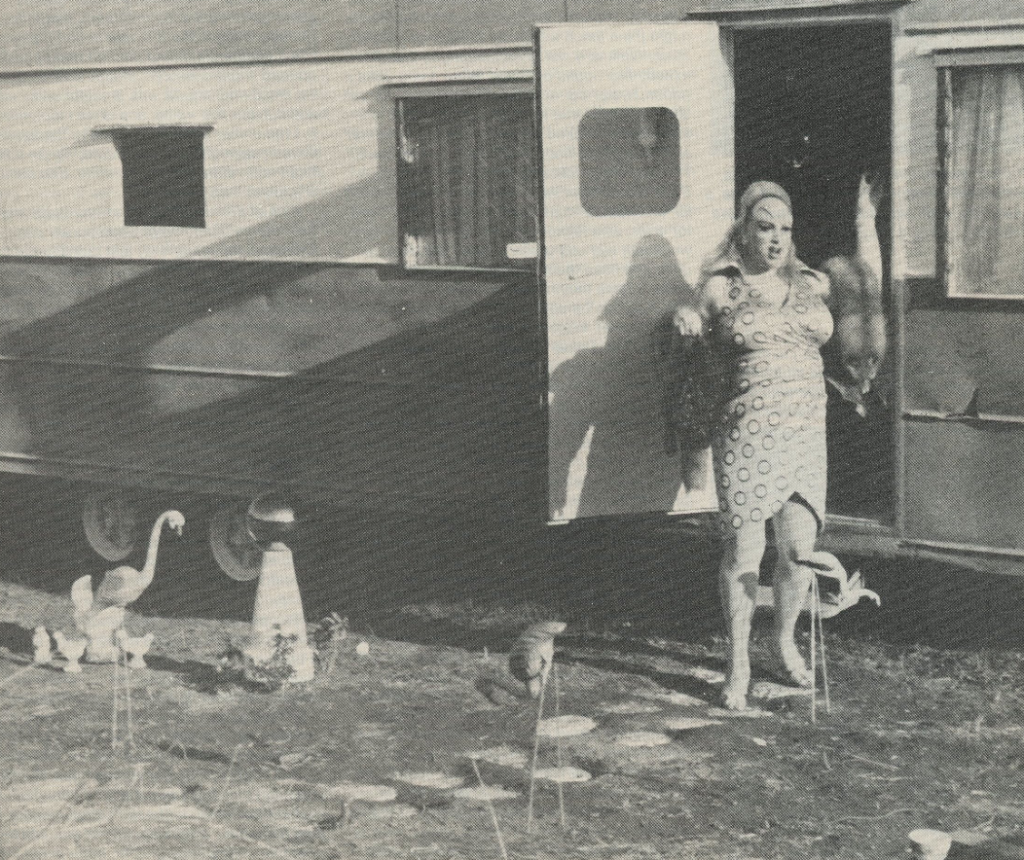 On the set of Pink Flamingos, his biggest pre-Hairspray hit 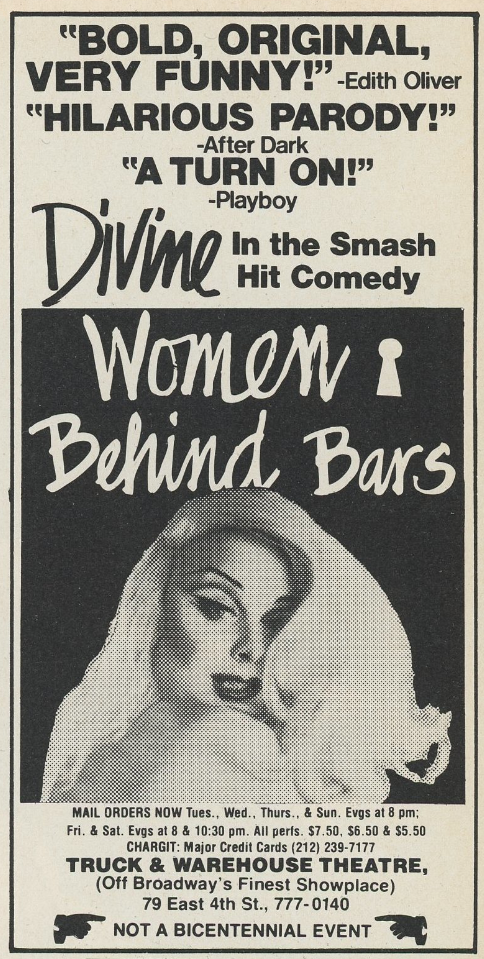 Okay, he wasn't a divine singer, but thanks to an understanding of how to use his bleating voice and some very talented production by, in particular, Bobby Orlando (b. 1958), Divine actually managed to make some highly entertaining songs. 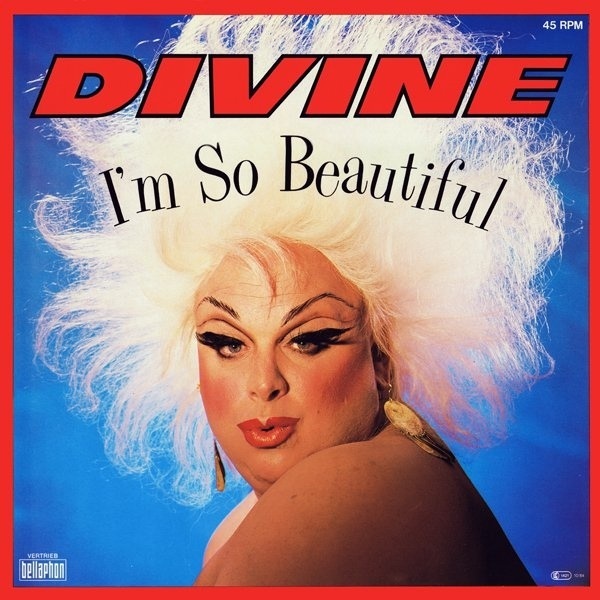 Without further adieu, the Gr8erDays list of Divine's Top 10:

Not my fave, this song was nonetheless the one that got Divine started on a musical path. It's very different from all his other work, a total embracing of the punk aesthetic that he sometimes mined in his drag.

I was introduced to this easy-to-love stomper on Maid in England (1988), Divine's last studio album. I remember I found it at Wyatt Earp's in Flint, Michigan, and was creaming my jeans. It could easily have been sung by Donna Summer (1948-2012) during the same time period. Love Divine's southern twang when warning her prospective lover not to take "ad-vay-uhn-tage."

With lyrics that would make Seth MacFarlane (b. 1973) think, "Maybe we shouldn't ..." this bizarre, cannibal-themed song is a grower. I mean, "I ain't your Aunt Jemima, and honey, you ain't my pimp" is not exactly something that's been done before. Bizarrely the song mixes its dated jungle references with other odd stereotypes that would've fit right into '40s movie serials. Had to have been written while high.

So many of Divine's few songs have these jungle references, and the video for this one goes full-bore with a witch doctor casting a spell that apparently works a lot like Viagra.

Speaking of Donna, holy Giorgio Moroder (b. 1940)! This confection has a poisonous bassline that could keep you dancing all night. "Up! Up!" the backup dancers command, and in that spirit, I reckon this and every other song on this list as we head to the top is flawless in every way.

Probably Divine's biggest hit, this one is one of only two of his singles to his a U.S. chart — it achieved the lofty position of #21 as a dance hit. It is again jungle-tastic, and is also informed by the Vaudeville gag "Slowly I Turned," in which a narrator tells a story and is, at various intervals, driven to violence against a hapless guy listening. Again, Bobby Orlando was paying homage to Giorgio Moroder with that beat.

If this was any more "Blue Monday" by New Order (also 1983), it would actually be that song. If we look the other way regarding the debate over copying and being inspired by other works, this thing just works like crazy. Perfect club song — you're dancing like crazy, looking for a connection and listening to someone urging you on lyrically to find a "love reaction." It's always the "right time for love reaction."

Divine's Top 3 are pure platinum — how can you not move your body while listening to these songs to this day? This one is a special favorite of mine, with its tinny percussion and Divine's passionate performance, which in its way simulates the phases of a sex act, resulting in, er, shots being fired. Hey, every singer needs a song about having an orgasm, like Frankie Goes to Hollywood's  song "Relax" (1983) or Madonna (b. 1958) with her song "Borderline" (1983).

Divine's Top 2 earn their positions because while undeniably fun, well-crafted post-disco tunes, they also go the extra mile, taking into consideration that a 300-lb. man in a dress is singing them. In "You Think You're a Man," Divine ballsily trashes toxic masculinity 30 years before the term existed. It is also his "I Will Survive" (1978).

The culmination of everything Divine hoped to achieve musically, "I'm So Beautiful" is a great pop tune that should have gone Top 40 internationally — it's certainly as great a story song as "It's Raining Men" (1979), which only hit #46 in the U.S. come to think of it, and on top of being a gem of a song sonically, it's a very modern-feeling anthem by '80s hitmakers Stock (b. 1951)/Aitken (b. 1956)/Waterman (b. 1947) about accepting your own beauty, no matter whether you conform to the norm. It's also millennial-ready with its defiant, "Can't you see? LOOK AT ME!" This song needs to be revived in some stupid movie or by some stupid rapper if only to get its essence out there more than was possible in 1984, when a gay drag queen wasn't about to turn up on "American Top 40."