Long regarded as a masterpiece for Argento's bold use of color and eye-popping set pieces (the wallpaper alone is to die for — and most of the cast does just that!), it has also been noted for its innovative score by the band Goblin.

Now, Goblin is offering a 40th anniversary box set of the soundtrack pressed on black wax with a pop-up cover, a full red-vinyl LP of rarities, a CD with nine bonus tracks, a DVD about the making of the music, a book in both Italian and English and hand-numbered artwork and reproduction of the deadly stiletto from the film. 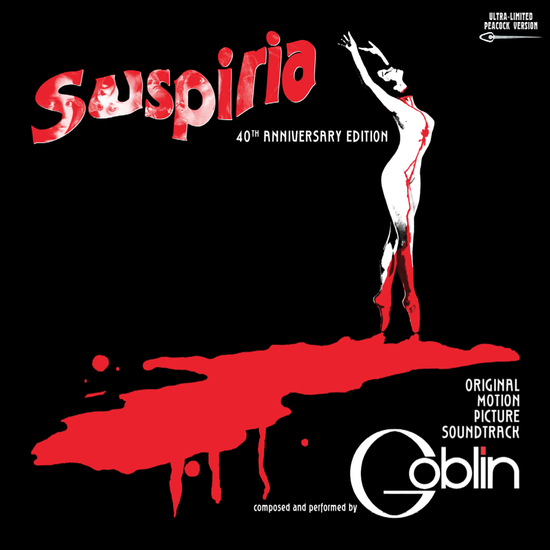 In other news, the film has recently enjoyed a restoration, and Call Me by Your Name (2017) director Luca Guadagnino (b. 1971) has wrapped a full-on remake of the original starring Tilda Swinton (b. 1960).