In two weeks, your humble blogger will join Molly Pope, Farran Nehme, Loren King, Mark Harris and host Nathaniel R of The Film Experience for a podcast smackdown pitting the Best Supporting Actress nominees of 1944 against each other!

That was the year the great Ethel Barrymore took home the prize — but this exercise ignores who won, offering the panel a chance to relitigate that award.

The women nominated that year were: 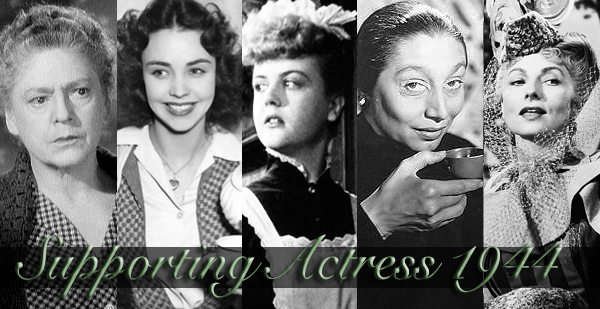 Ethel Barrymore, None but the Lonely Heart

Jennifer Jones, Since You Went Away

Check out the introductory post here, and feel free to vote on your own fave here.

I tracked down and watched all five films, so it is possible!