The Carol Burnett 50th Anniversary Special, which aired Sunday, December 3, on CBS, drew over 15 million viewers in an era of dwindling ratings acoss the board. 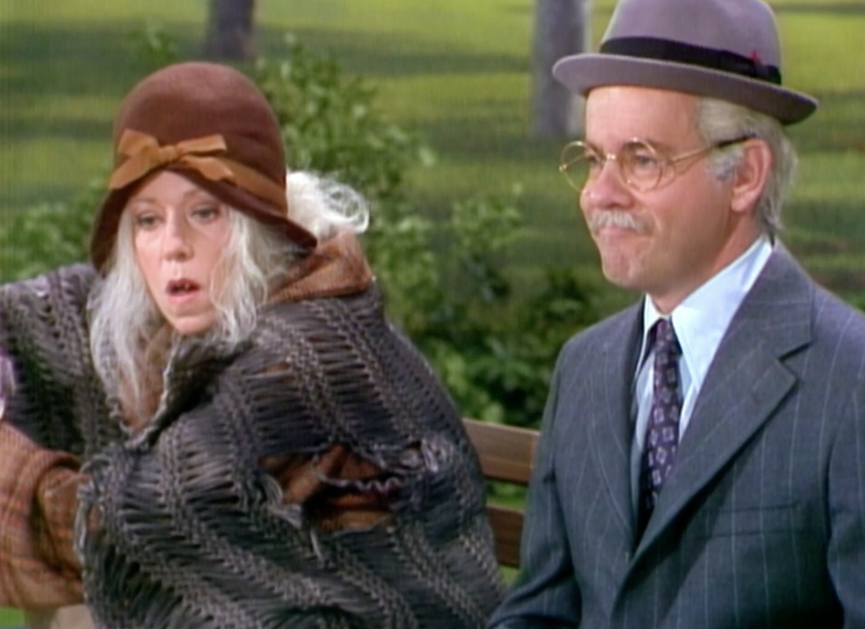 Conway was sorely missed on the special. (Video still via CBS)

The show, which featured appearances by original cast members Burnett, 84; Vicki Lawrence, 68; and Lyle Waggoner, 82. Tim Conway, 84, was too ill to attend the taping, but issued a statement joking that the show would honor a genius — the people who surrounded "me." 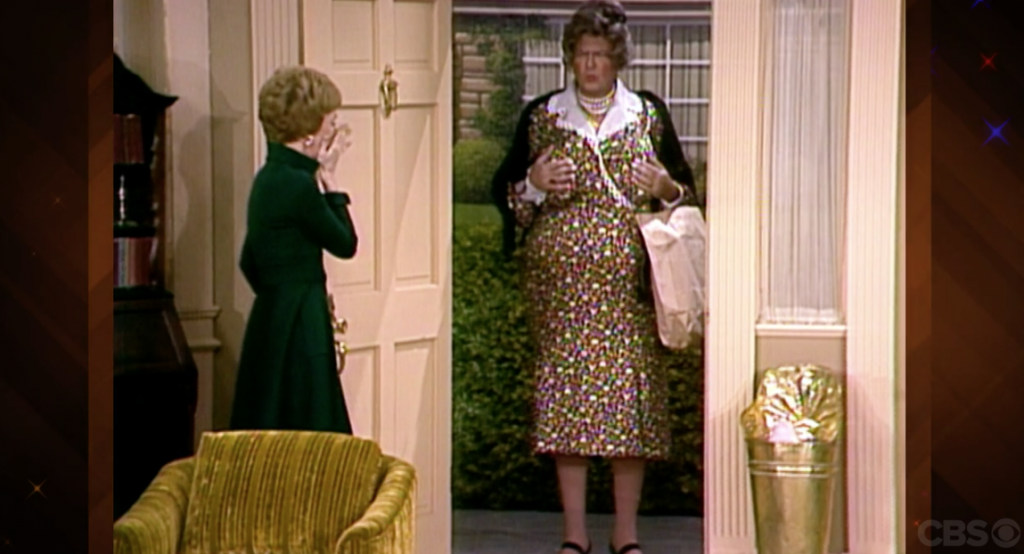 The show had been edited to remove Kevin Spacey, 58, who is embroiled in a career-ending sex-abuse scandal, and also included a last-minute tribute to the late Jim Nabors (1930-2017). 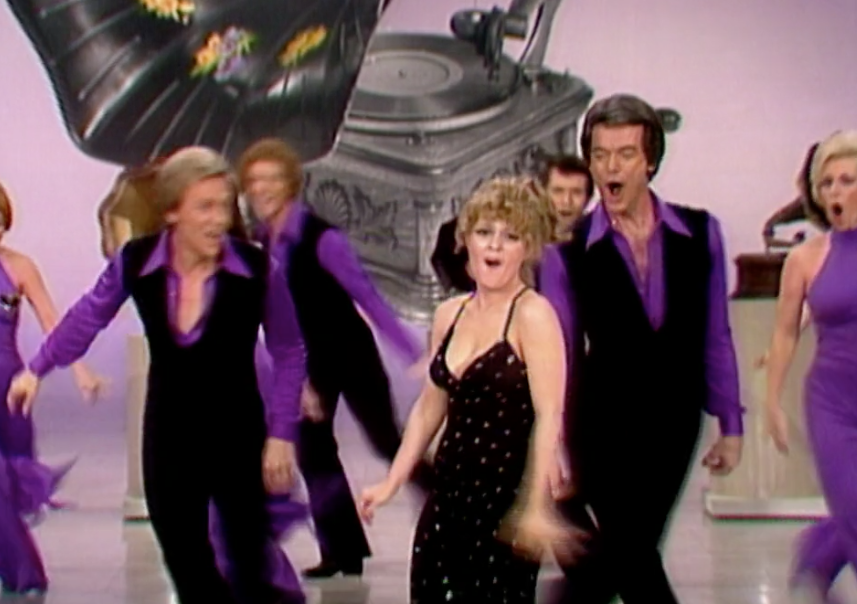 All that Peters! (Video still via CBS)

Other notables who appeared on the special who had appeared on the original series with Burnett included an ageless Bernadette Peters, 69; Steve Martin, 72; and Steve Lawrence, 82. 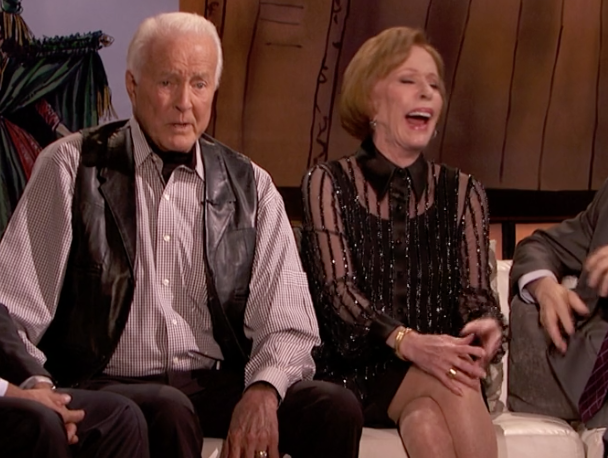 Waggoner, trying out a comically the-worse-for-wear version of his announcer's voice (Video still via CBS)

Rounding things out, a slew of contemporary stars shared the stage with Burnett to sing her praises and to help usher in numerous clips from the classic show, among them Jim Carrey, 55; Amy Poehler, 46; Tracee Ellis Ross, 45; Martin Short, 67; Kristin Chenweth, 49; Maya Rudolph, 45; Kaley Cuoco, 31; Beth Behrs, 31; Jay Leno, 67; and many more.

It's the sketches that got smallll! Joking with Steve Martin (Video still via CBS)

Burnett, who shot a pilot this year that was — incredibly — not picked up (thanks to the reboot of Roseanne on ABC), will next be seen in 2018 on Netflix in A Little Help with Carol Burnett, featuring her interacting with children.