I got completely caught up in the Alfred Hitchcock Presents (1955-1962) marathon on Halloween in 2015. As big a fan of Hitchcock as I always have been, I'd actually seen very few of these episodes; this was not a widely re-run series in my youth. 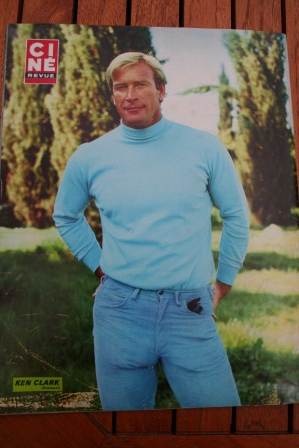 Every one that I saw was top-notch.

While The Twilight Zone (1959-1964) has its own inimitable style and humorous creepiness, the AHP episodes were more consistently good, well-acted and impactful. But they were probably cherry-picking the best of the best for this 'thon. 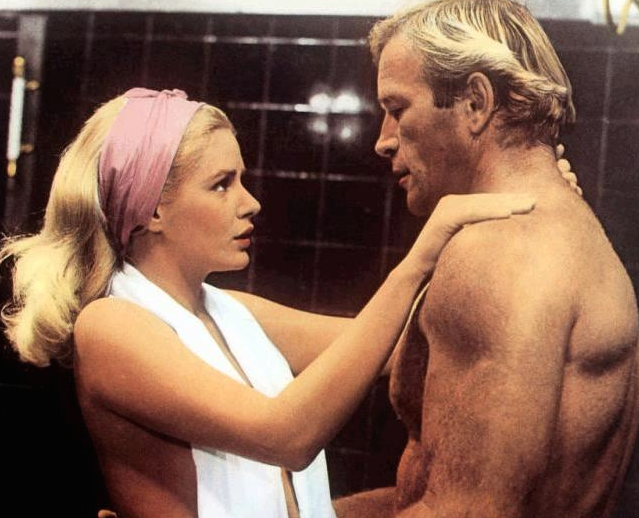 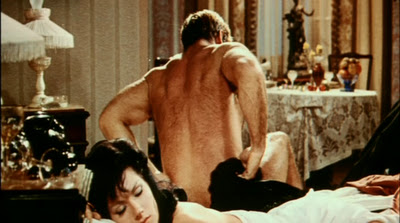 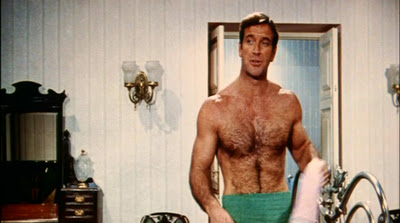 I spent a lot of time looking up the interesting actors I saw with whom I was not instantly familiar, like Phyllis Thaxter (1919-2012), who had been mesmerizingly good in “Murder Me Twice,” about a woman who commits murder under hypnosis (somewhat remade in the '80s reboot of the series with Barbara Hershey, b. 1948, in that role). Also fun seeing actors like a blowzy Jean Hagen (1923-1977) and a viscerally slatternly Audrey Totter (1917-2013) excelling in clever episodes. 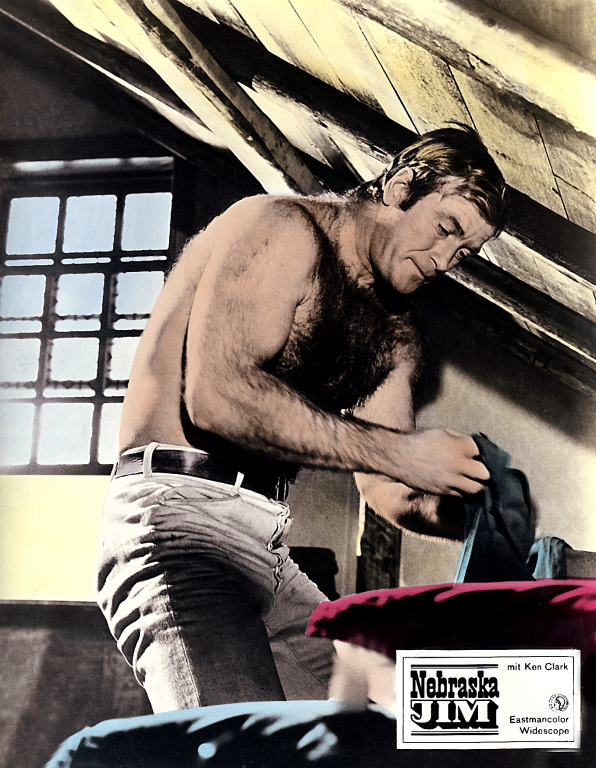 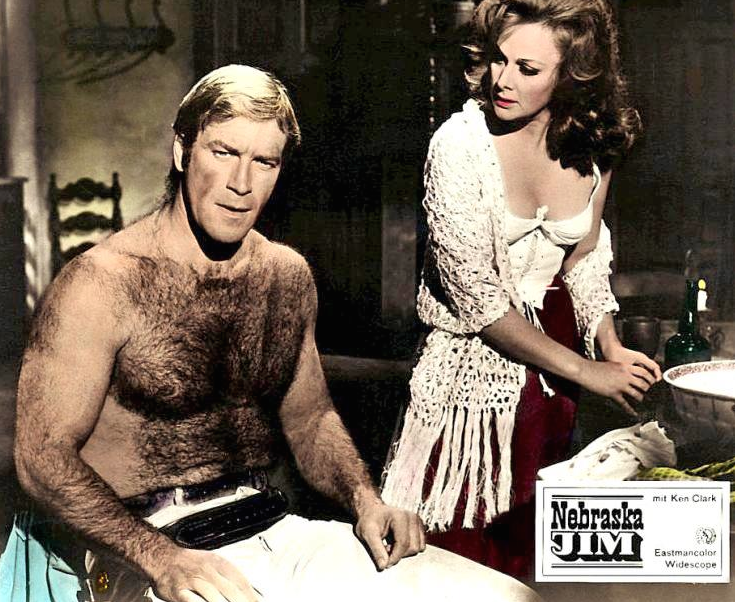 One actor who definitely caught my eye was a dude of whom I'd never heard, Ken Clark (1927-2009). He had a small but pivotal part in one episode, but clearly was in possession of a not-so-small but pivotal part. Michael Fassbender would even do a double-take. What a hunk! Big, blond, beefy and — judging from other photos I found — a hairy beast, Clark seems to have been best known for the looking sexy as hell in South Pacific (1958) and ditto in the cheesy Attack of the Giant Leeches (1959). 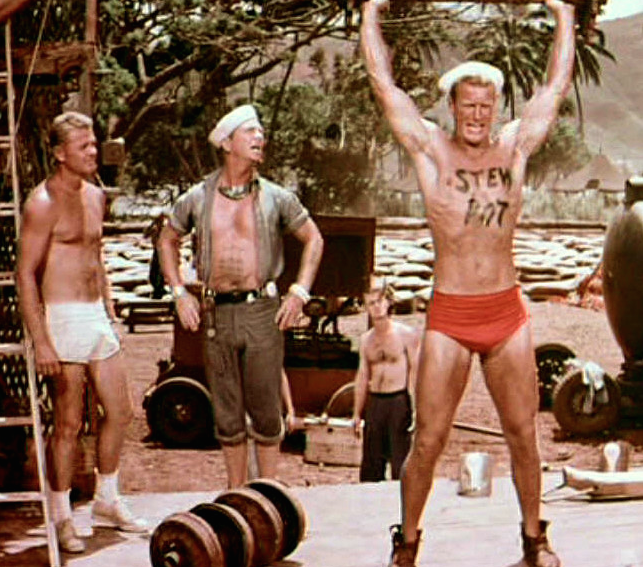 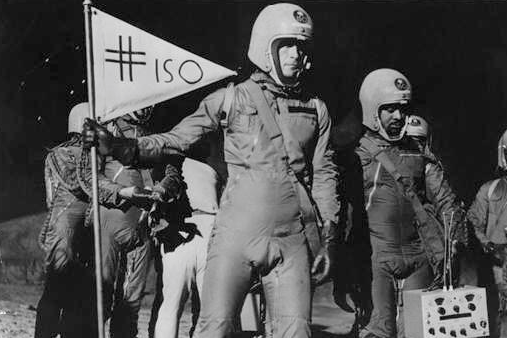 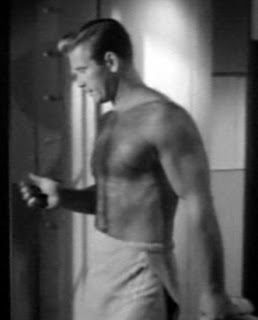