Cummins, born in Ireland, was imported to the U.S. in order to star in Forever Amber (1947), but was unceremoniously replaced with Linda Darnell (1923-1965).

Having made her debut in 1940's Dr. O'Dowd, she made 26 films and just two TV appearances. Among her noteworthy roles were those in The Late George Apley (1947), Green Grass of Wyoming (1948) and Curse of the Demon (1957), but it was Gun Crazy that earned her a place in cinema history. 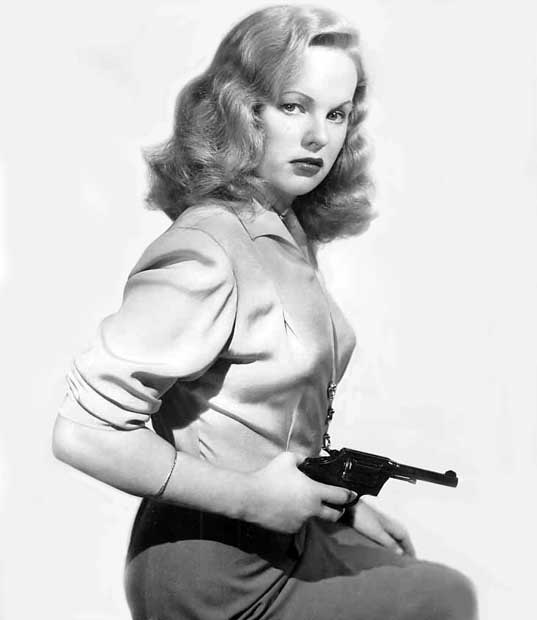 The influential film is well-remembered for its cinematography and style, and is considered a Bonnie and Clyde (1967) precursor.

Gun Crazy's heist scene prefigured the French New Wave, consisting of improvised dialogue, an unforeseen run-in with a copper and a breathless getaway. It is a staple of film courses the world over:

Cummins, who has spoken at length about her impressions of making the film, retired in the 1960s.