Today, one of the most popular celebrities alive (who would be more universally liked?), Betty White, turns 96. 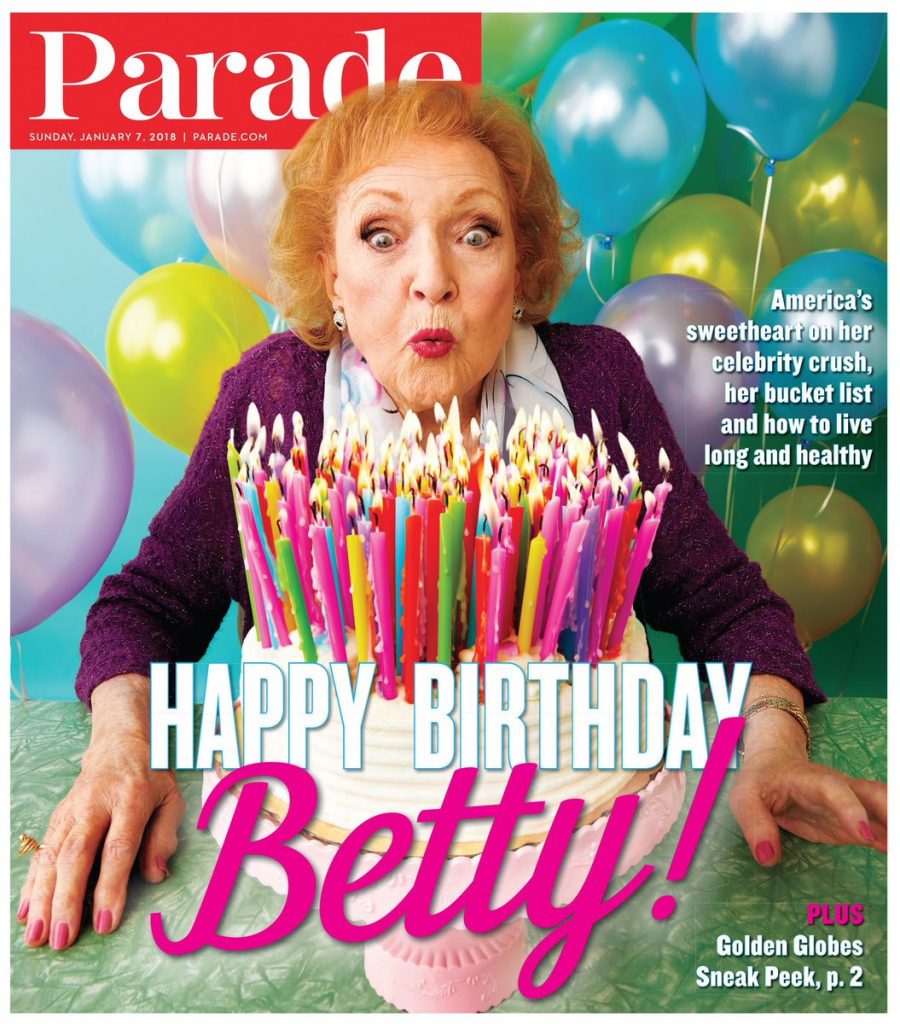 In advance of the big birthday, White spoke with Parade about her life, career and tips for living such a long and happy life.

One of her most consistent tips is to be optimistic:

I know it sounds corny, but I try to see the funny side and the upside, not the downside. I get bored with people who complain about this or that. It’s such a waste of time ... Enjoy life. Accentuate the positive, not the negative. It sounds so trite, but a lot of people will pick out something to complain about, rather than say, "Hey, that was great!" It’s not hard to find great stuff if you look.

She says she is not exactly a health nut, favoring hot dogs and vodka.

White made her film debut in a short in 1945 and her very first TV appearance in 1949, but her big break was as the titular star of the early sitcom Life with Elizabeth (1952-1955), a character she says was most like the real Betty White (you mean Sue Ann Nivens wasn't Betty?!). 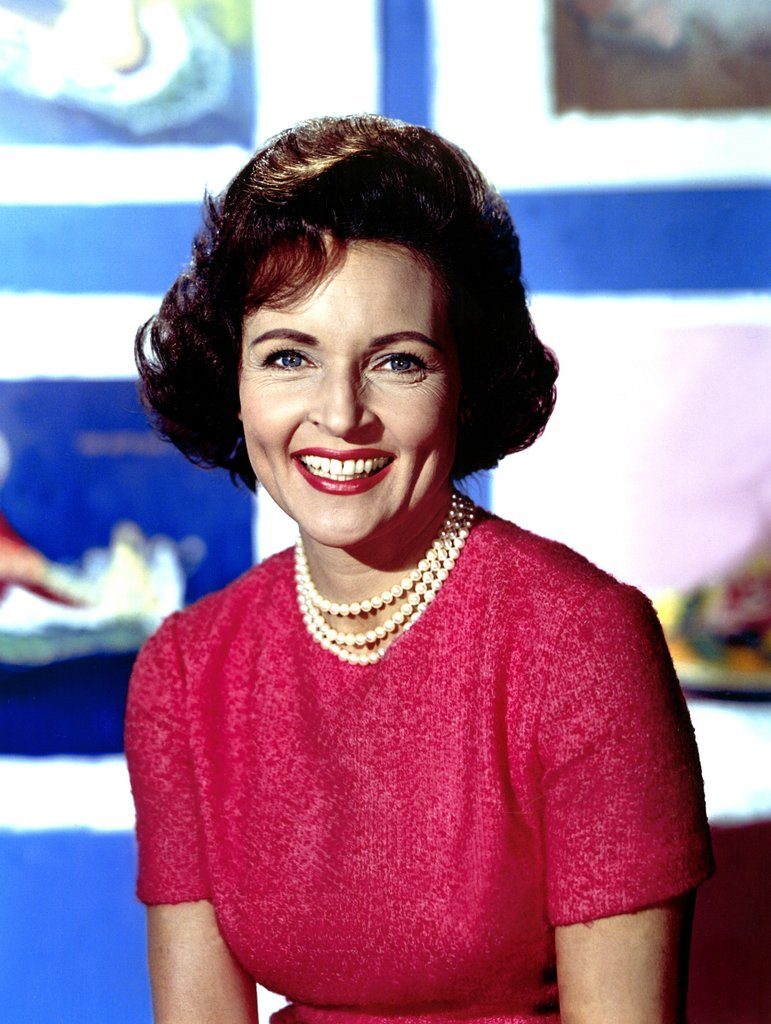 Pro that she is, her advice for young actors is simple:

Do your work, learn your lines and come in prepared. Don’t think you can wing it, because you can’t. We’re in show business, which is fun, but take your business seriously, because it is a serious business.

Considering her varied career, she says she just wants to be remembered "warmly," and spends zero time reminiscing about her past achievements:

I don’t have time to miss much because I’m still working ...I just love to work, so I’ll keep working until they stop asking.

Check out a sample of Life with Elizabeth, which — interestingly — had a to-the-camera gimmick just like The Office, Modern Family and other more recent shows: