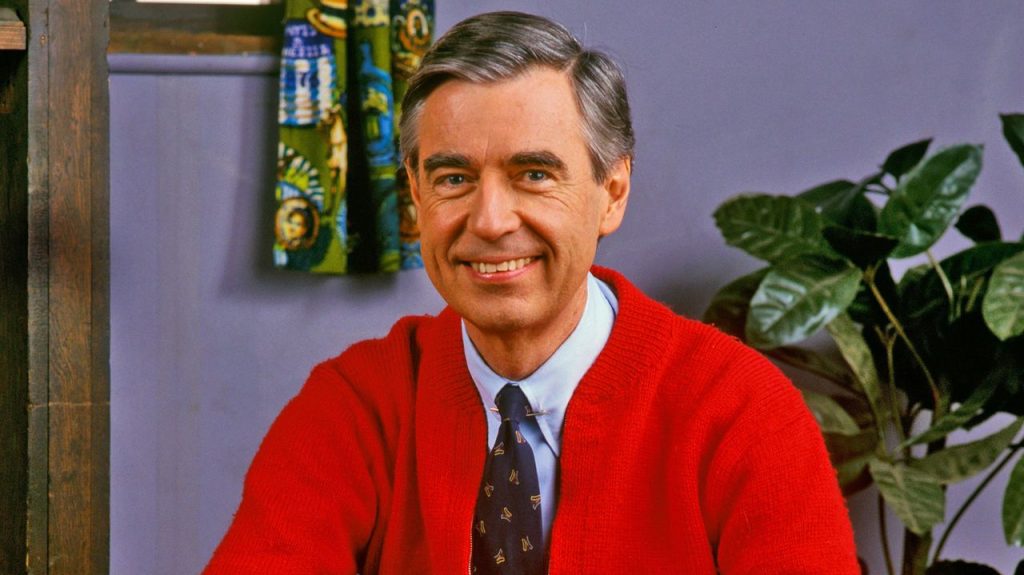 Rogers became as important a force in children's public TV as Sesame Street (1969-present), enchanting children with his easy-to-mimic, impossible-to-duplicate Mr. Nice Guy image and relatability, not to mention his singing of the theme song (that he composed) and his strangely compelling puppet characters, like King Friday XIII.

Who can forget him arriving and changing into his comfy cardigan, or the wheeze of that miniature train on set?

His testimony before Congress on the subect of public TV is legendary:

Among many honors Rogers and his show received: a Peabody Award, induction into the Television Hall of Fame and a Presidential Medal of Freedom.

His sweaters were all made by his mom until she died:

In 2002, Rogers was diagnosed with stomach cancer, dying on February 27 o the following year, his wife at his side. He was survived by her and their two children.