Alphaville, the German synthpop band that formed 36 years ago, is still going strong — so much so that they're offering U.S. fans a crazy-close experience: Watch them play the historic Whisky a Go Go in Hollywood over two nights, help them choose their setlist, party with the band and meet them all! 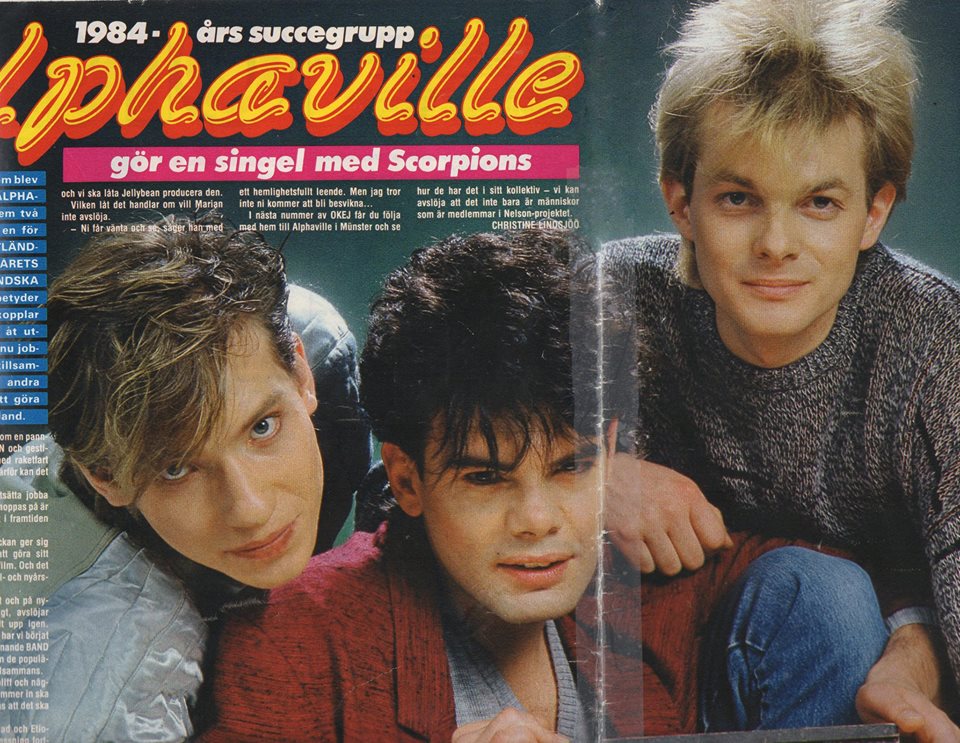 The VIP Package is $899 and includes:

Alphaville is a band I sort of rediscovered in the early 2000s. Having always loved "Big in Japan" (1984) — truly one of my favorite songs of all time — as well as the irresistible "Forever Young" (1984), it suddenly occurred to me I knew so little about them, so I bought all their albums and fell in love.

Love the halting, electro beats of this throbber, as well as the loose grasp on English, which makes the lyrics all the more creative: "We are the jet set / Society / We are the jet set / And that means liberty" and "The Russians seem to be that way / We love 'em like we love D. Kaye." Plus, lead singer Marian Gold is having way too good a time in the no-frills, goofy video.

Kind of an a-ha sweep to this more introspective tune. I love the whine in Marian's voice when he gets going.

One of the band's most idyllic, most beautiful numbers. That chorus is a killer. I'd love to hear this remade or sampled.

Fans of Depeche Mode or Yaz will warm to this propulsive foot-tapper. The video is a big-hair, long-coats study in how to be as 1986 as possible.

As close to poetry as '80s music ever got, this wistful song is a good example of why Japanese girls lost it over British boys during this era. Marian's falsetto is divinity.

It's possible this one is so ubiquitous it's lost some of its impact, like Cyndi Lauper's drastically overplayed "True Colors" (1986). But for my money, it's still one of the best 1980s singles, and it asks that question you can't resist, "Do you really want to live forever?" When Marian sings, "It's so hard to get old," one can't help but ponder who true that was, and how little we understood it 30+ years ago.

The bassline is lethal, the video effortlessly dystopian in a Kenneth Anger way, and that Oriental chime judiciously used not to mock Asian culture but to underscore the cynicism of the song, all about power and fame and perhaps even cultural appropriation in a way. When Marian seethes, "I will wait here for my man tonight — it's easy when you're big in Japan," it was impossible not to see it and him as gay, gay, gay. Instead, the official explanation is the lyric refers to a drug dealer, which was less controversial then. And now? No matter, it still oozes queerness, accidentally (occidentall?y) or not.