Enduring film legend Joan Crawford was born anywhere from 110 to 114 years ago today — mystery continues to swirl around her birth year — but she's one of the few Old Hollywood icons whose impact has continued into the 21st century, in spite of the fact that she died in 1977. 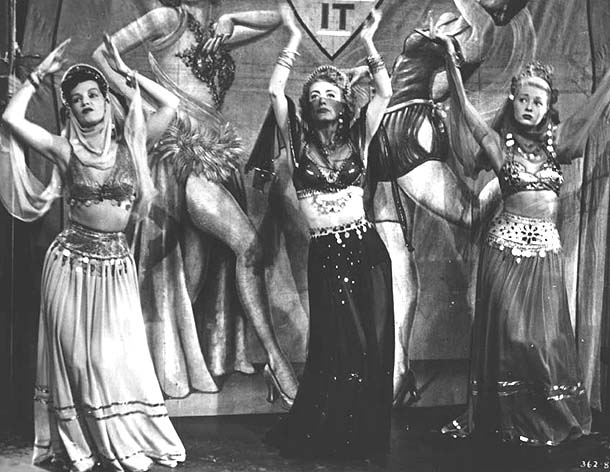 Why? Partly because of Mommie Dearest, the blockbuster 1978 book by her daughter Christina Crawford, 1978, and the disastrous 1981 film of the same name, starring Faye Dunaway, now 77.

But more than her reputation as a problematic mother, what makes Crawford endure is her uncanny ability on-screen, her talent for acting and for putting across a larger-than-life persona. She also had the good sense and good fortune to appear in some cinematic classics that have never lost their lustre, among them Mildred Pierce (1945) and What Ever Happened to Baby Jane? (1962).

In honor of this momentous occasion, check out this fascinating post by Rick Gould at Rick's Real/Reel Life, which tracks the memoirs released in 1962 by Crawford and arch-nemesis Bette Davis (1908-1989) — it's better reading than either of their books! 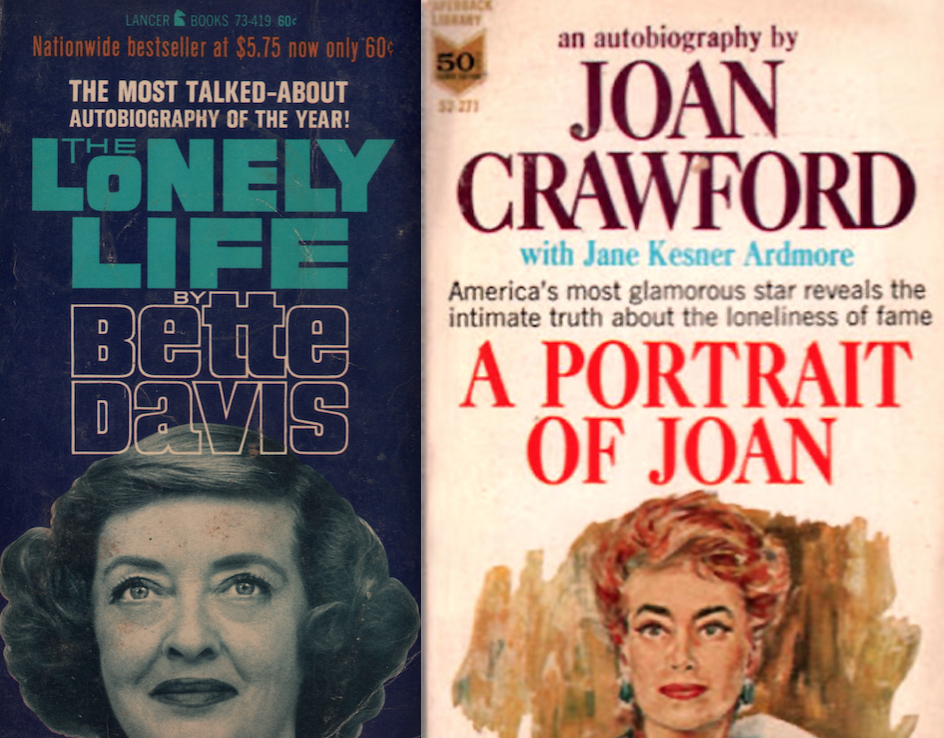 Bette Davis on Joan Crawford: “No actresses on earth are as different as we are, all the way down the line.”

Davis offered many variations of that quote after starring — and sparring — with Crawford. Yet the similarities in the lives and careers of Bette and Joan were greater than either cared to admit. Director Vincent Sherman, who worked with both legends, said they were “sisters under the skin.” Still, the divas had a few key differences that made their legendary feud inevitable.

A key comparison of the two film icons was provided in early 1962 — just before their legendary teaming in Whatever Happened to Baby Jane? — when both Bette and Joan’s memoirs were published.

Even the titles speak to their self-image: Davis dubbed hers The Lonely Life and Crawford’s selectively framed as A Portrait of Joan. Bette gives a bazillion reasons why her life and career was such an ongoing battle. But Bette Davis freely owns up to All about Eve director Joseph Mankiewicz’ epitaph of her: She Did It The Hard Way. By contrast, A Portrait of Joan paints a pastel of Crawford’s life and career. Joan’s tome is a very entertaining read, especially between the lines, but Bette’s book is a more realistic look at life as an actress and woman during Hollywood’s golden era.

Both divas had daddy issues. Bette’s father Harlow Davis, distant even when with his family, abruptly left. Joan adored her “Daddy Cassin,” who disappeared after a business scandal. Crawford found out as a child that her real father was Thomas LeSueur, but they never had a strong connection. Bette Davis and Joan Crawford both had love/hate relationships with the men in their personal and professional lives. They tended to spar with alpha males and mop up the floor with yes-men. However, both stars were sentimental about the men who made them widows. Bette was just 35 when second husband Arthur Farnsworth collapsed on the street. Joan’s last husband, Alfred Steele, died during the night of a heart attack, marring the happy ending Crawford was always seeking.

Filled with drive and need, both stars were the breadwinners for their families, though Davis seems to have done so less grudgingly. Still, Bette joked that when she played Santa Claus in a school play, “I had no idea that I would play him all my life!”