On March 17, 1972, John Waters (b. 1946) unleashed Pink Flamingos on the world, his seventh film as a director and the first of his three "Trash Trilogy" classics. 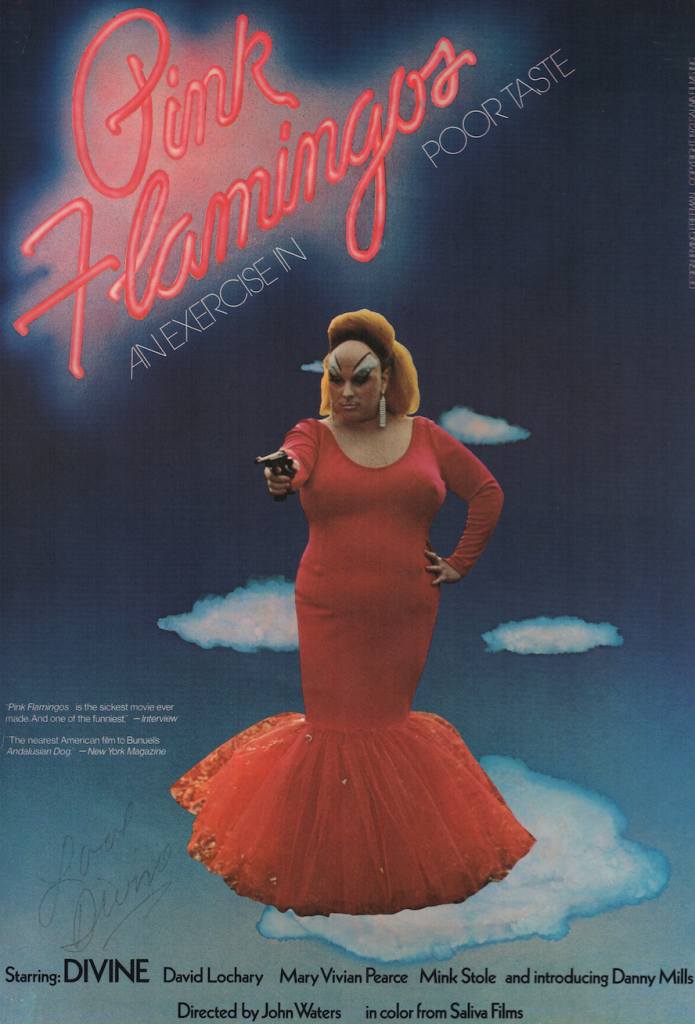 The ultimate midnight movie, Pink Flamingos subverted sexuality, gender expression, acting, fictional narrative and filmmaking itself with its relentlessly, humorously counterculture POV, making its star, Divine (1945-1988), into a cult she-ro in the process.

The film immortalizes outrageously brazen crook Babs Johnson (Divine aka Harris Glenn Milstead), a woman who is proud to be known as the filthiest person alive.

Because she flaunts her reputation, like a latter-day Wyatt Earp, she's confronted by two-bit thugs Raymond (David Lochary, 1944-1977) and Connie (Mink Stole, b. 1947) Marble.

It is while defending her dishonor that Babs engages in a laundry list of cinematic no-nos, including nudity, oral sex (real, and unflinchingly portrayed), incest, human trafficking, bestiality/animal crushing, cop-killing, cannibalism, and — in the film's most famous scene — the consumption of a freshly laid dog turd. 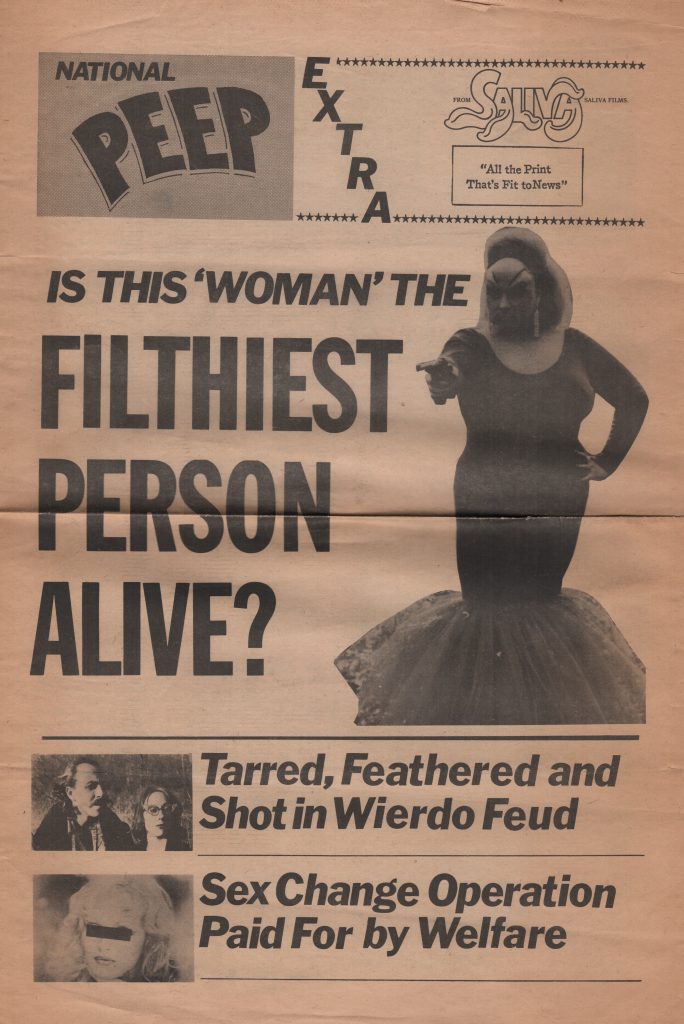 Really, there were no limits left to push after Pink Flamingos came out; everything since has just been darkening the colors already displayed by this perverse peacock.

"There's barely a moment in it that could be shown to any God-fearing household," Stole said decades after Waters "turned local theaters into vomitoriums" with the flick:

Shot for a mere $10,000, the movie has raked in at least $7 million at the box office, and much more on video. The film built on the word of mouth provided by Waters's previous hit, Multiple Maniacs (1970), a massive hit on college campuses.

"The original audience for Pink Flamingos was all minorities that hated their own minorities!" Waters joked in an AMC special made 15 years ago.

The film began Waters's relationship with New Line Cinema, which helped distribute it far and wide, and would become instrumental in future successes, like 1988's Hairspray.

What's interesting now is viewing Pink Flamingos as a historical piece — it's been the same period of time since this film was released as it was between the release of Gone with the Wind (1939) and, for example, The Color Purple (1985).

But can Pink Flamingos ever feel dated? I would argue it still does not have a hint of old-timey quaintness, and has not lost its power to shock the hell out of first-time viewers.