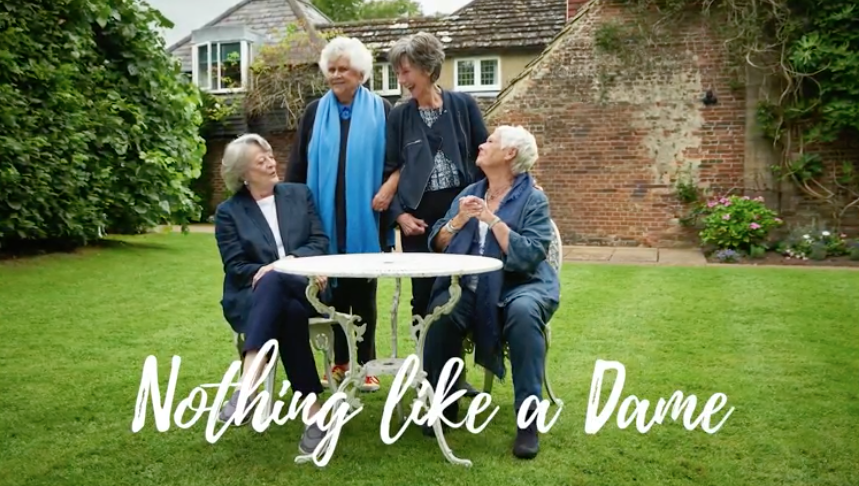 ... a unique celebration of the lives and careers of four of our most iconic actresses; Dame Eileen Atkins, Dame Judi Dench, Dame Joan Plowright and Dame Maggie Smith. All four have gone from being fledgling actresses in the 1950s to acting royalty. They’ve watched each other’s careers grow and bloom and have celebrated life’s ups and downs together. Nothing Like a Dame invites you to spend time with these acting legends as they talk about their lives and their professional experiences across Theatre, Television and Film. Directed by Roger Michell (My Cousin Rachel, Notting Hill), the film also includes a range of astonishing archive material. Candid, funny, caustic, irreverent, poignant and utterly engrossing, this unmissable release is proof that there is truly nothing like a Dame...

This dishy-seeming flick opens May 2 in the UK.