Harry Anderson, the comic who presided over nine seasons of the NBC hit Night Court (1984-1992) with his offbeat, folksy humor, has died at his home in Asheville, North Carolina, according to local media. 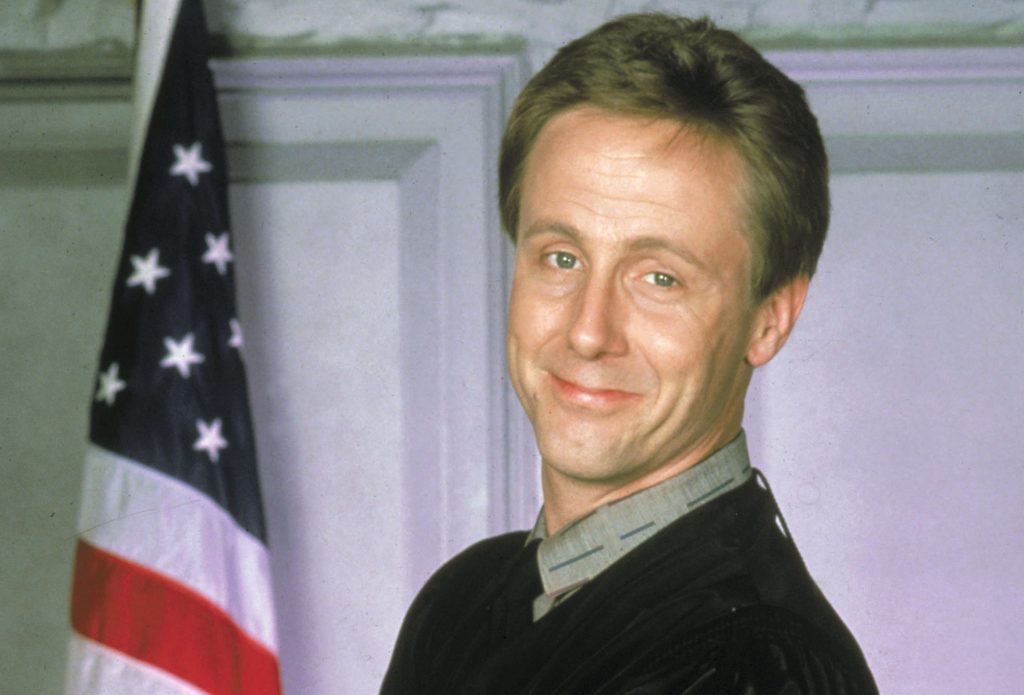 Police do not suspect foul play, and are treating Anderson's surprising death as the result of natural causes.

After appearing on SNL (1981-1985) and on three early episodes of Cheers in 1982 as a con artist, Anderson, who toured as a magician, landed the role of Harry Stone on Night Court. He worked only occasionally after the show's incredibly successful run, including in the original 1990 It miniseries, on anthology series, and as humor columnist Dave Barry (b. 1947) for four seasons of the series Dave's World (1993-1997).

He is survived by his wife, Elizabeth, and by two children from his first marriage.

Former Night Court castmates and others in the business react:

Aw man, I'm so sorry to hear this.

My condolences to his family, friends, fans and everyone who loved him.

Rest in peace, Harry the Hat, you were my friend. https://t.co/fv2yzW4sku

Stunned by the passing of Harry Anderson, one of my comedy and magic inspirations growing up. We became friendly over the years - he worked at the @MagicCastle_AMA and recently sold me a handful of great magic memorabilia. My sincere condolences to his family. #RIP pic.twitter.com/k9FITPIaBS

I interviewed Harry Anderson when I was 15 years old and he was so kind, and frank and hilarious. The interview is in my book Sick In The Head. He was a one of a kind talent who made millions so happy. https://t.co/0ksw4WKvxB