Michael Michaud, author of books on gay actors Sal Mineo and Alan Sues, has kindly written these tributes to the four — count 'em, four! — confirmed LGBTQ cast members who have been featured on Saturday Night Live in its 40-plus years of existence.

Amazing how few there have been, but how inspiring that the MVP of the past several years is an out lesbian: Kate McKinnon. 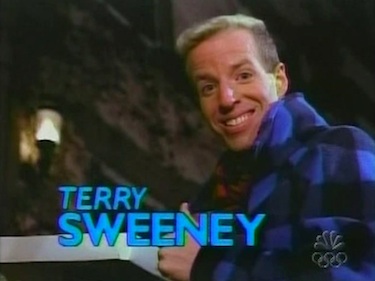 Actor/writer Terry Sweeney (Terrance Sweeney) was born on March 23, 1950, in Queens, New York. He was raised in Massapequa Park, New York, and was bullied as a child, He saw he found an escape by reading books and writing skits. He earned a Bachelor of Arts Degree from Middlebury College in 1973. Even though he identified as gay from childhood, he became engaged to a woman for a short time. He worked as a drug counselor and waiter before become a comedy writer.

While Terry was performing in Banned in France in New York in 1983, he was spotted by Lorne Michaels. Terry became a cast member on Saturday Night Live on the 1985-86 season. By that time, he was living openly as a gay man. His companion, Lanier Laney, whom he first met when they were members of a sketch comedy troupe called The Bess Truman Players, joined him on the show that season as a writer. He was the first openly gay performer on SNL, and there was no other for nearly 27 years. 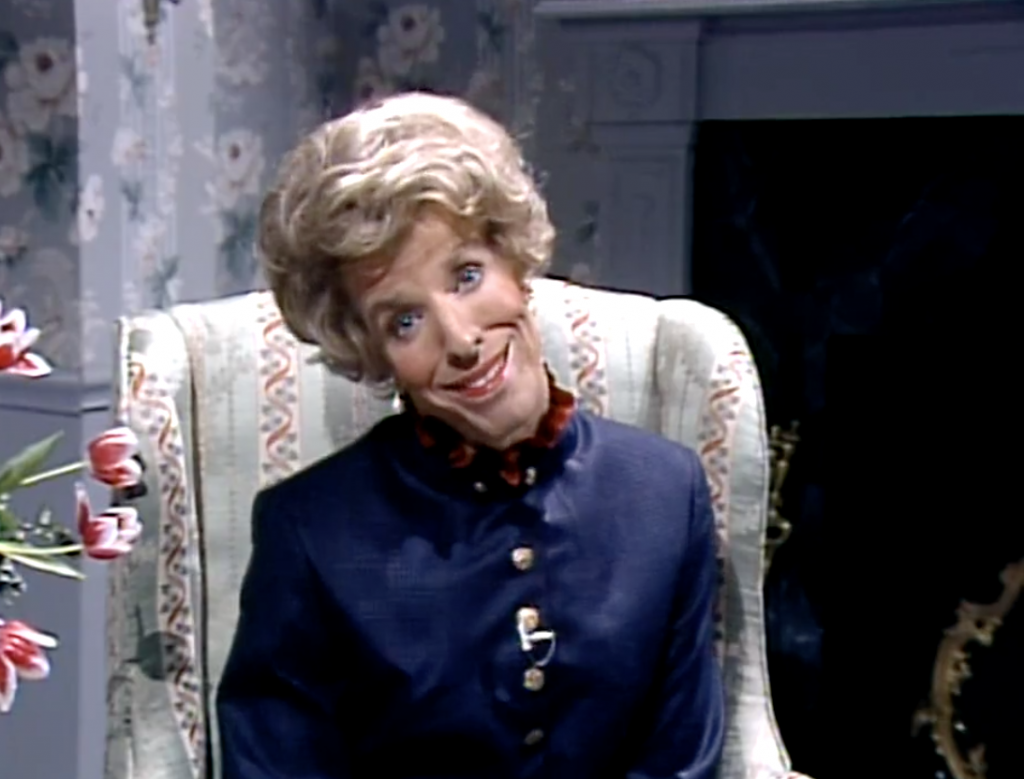 Terry was known for his impersonations of Diana Ross, Patti LaBelle, Joan Collins, Joan Rivers, and Ted Kennedy. His most famous recurring characterization was that of Nancy Reagan. When Ron Reagan guested on the show, he told Terry that he was more like his mother than she was. Terry experienced problems on SNL because of his sexual orientation, especially being bullied and demeaned by homophobic Chevy Chase, who had left the show after one season but who frequently returned.

On his first time back at the show, he got into a fist fight with Bill Murray. In later seasons, he would make enemies of Robert Downey Jr (“Didn’t your father used to be a successful director?... Boy, he sure died, you know, he sure went to hell”) and the show’s first openly gay cast member, Terry Sweeney (Chase suggested Sweeney star in a recurring sketch where he was weighed to see if he had contracted AIDS).

After leaving SNL, Terry has worked steadily, writing for MADtv, the WB sketch comedy series Hype, and the Sci Fi Channel's Tripping the Rift. He usually works with his partner, Lanier with whom he wrote the 1989 feature film Shag. Terry performs stand-up comedy, appearing in the special Coming Out Party in 2000. In 2018, he appeared in two episodes of The Assassination of Gianni Versace: American Crime Story, playing the role of David Gallo. Terry and Lanier live in Beaufort, South Carolina. 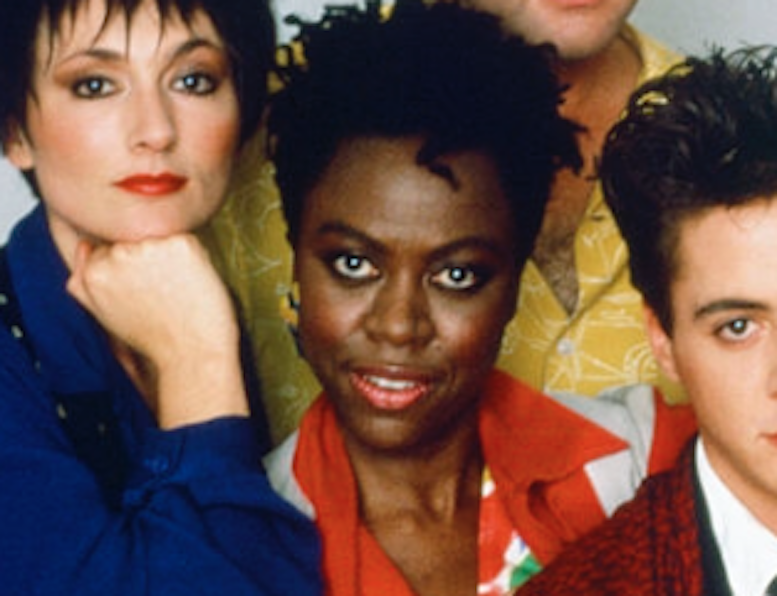 Danitra Vance was born in Chicago on July 13, 1954. She graduated from Roosevelt University, and studied drama at Webber Douglas Academy of Dramatic Art. In 1984, she presented her successful show Danitra Vance and the Mell-o White Boys at La MaMa Experimental Theater Club. 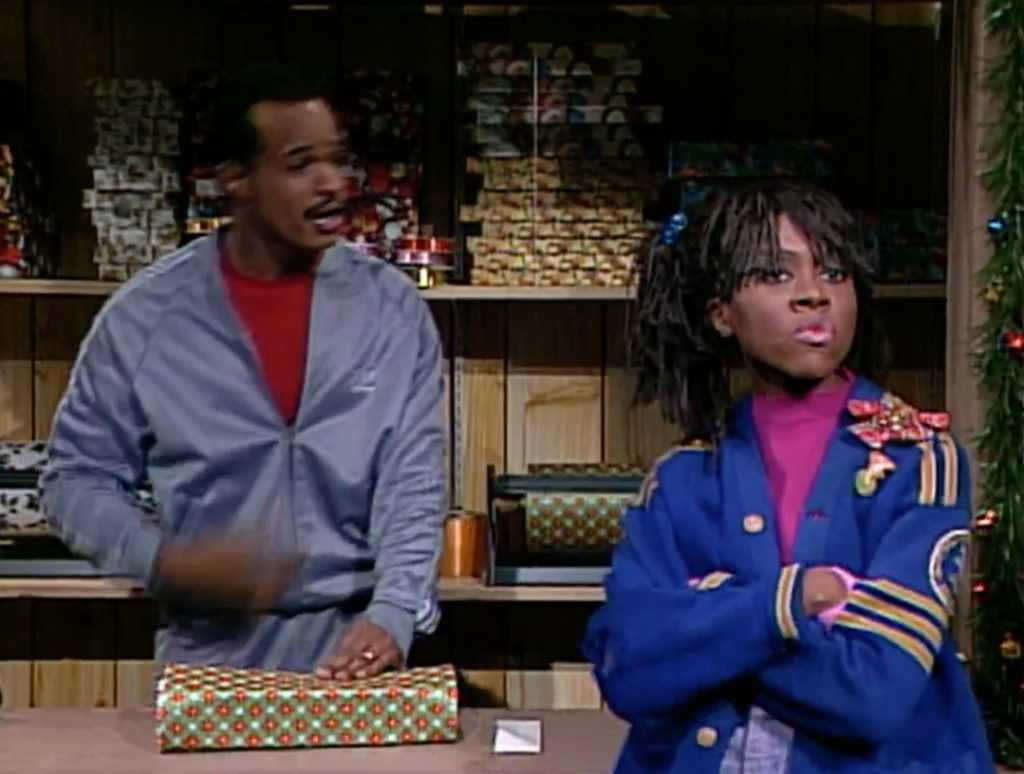 With Damon Wayons during a cold open

She joined Saturday Night Live for the 1985-86 season. She was unhappy with the types of comedic characters she was given to play, and often expressed her displeasure. She decided the leave the show at the end of that season.

In 1986, she won an Obie Award for her performance in Spunk, and was also an original cast member in The Colored Museum, later starring in the 1991 Great Performances TV presentation of the show. Her films include Sticky Fingers, Limit Up, The War of the Roses, Hangin' with the Homeboys, Little Man Tate, and Jumpin' at the Boneyard. She appeared in the TV movies The Cover Girl and the Cop, and Sisters, and also guest-starred on Miami Vice and Trying Times.

She was diagnosed with breast cancer in 1990, and underwent a mastectomy, drawing from the experience to perform in the self-penned skit The Radical Girl's Guide to Radical Mastectomy. The cancer returned in 1993, and she succumbed to it on August 21, 1994, in Markham, Illinois. Danitra was 40 years old. Danitra Vance was a lesbian, though was not professionally out while on SNL; she was survived by her longtime girlfriend Jones Miller. 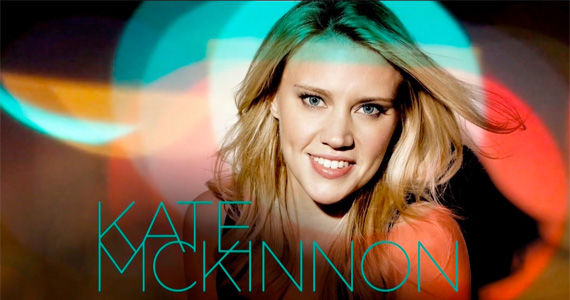 Two-time Emmy Award-winning actress Kate McKinnon was born on January 6, 1984, in Sea Cliff, New York. Kate learned to play several musical instruments as a child. She graduated from Columbia University in 2006 as a theater major. At Columbia, she founded Tea Party, an improv musical/comedy group, and starred in several celebrated Varsity shows.

She first appeared on TV on The Big Gay Sketch Show (2007-2010) and has worked steadily on television since then, guest-starring on such shows as Maya & Marty, Difficult People, Hudson Valley Ballers, Comedy Bang!Bang!, The Back Room, and The 40 Year Old 20 Year Old. She is a successful voice-over artist, and has worked on Robotomy, The Venture Bros. Moonbeam City, Family Guy, Nature Cat, The Simpsons, and The Magic School Bus Rides Again, among many others. As an actress or voice-over artist, she has appeared in two dozen films, including My Best Day, Life Partners, Balls Out, Ted 2, Sisters, Finding Dory, Ghostbusters, Masterminds, Office Christmas Party, Rough Night, Ferdinand, Irreplaceable You, and The Spy Who Dumped Me, among others.

Kate is best known for her appearances on Saturday Night Live. She first appeared on the comedy show in 2012, and became a member of the repertory company the following year. She is an accomplished sketch artist loved for her many celebrity impersonations on the show. Kate McKinnon is SNL's first openly lesbian cast member. 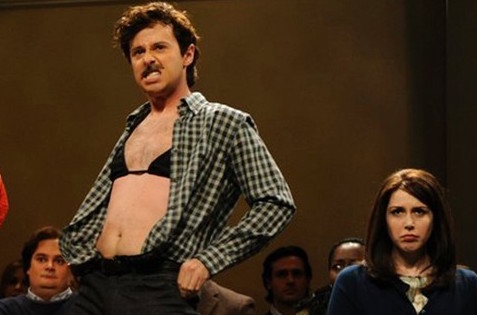 Actor John Milhiser was born in Belle Mead, New Jersey, on November 29, 1981. He graduated from Hofstra University in 2004 as a film studies and production major. He made his debut on Saturday Night Live on September 28, 2013. His celebrity impressions included John Cryer, Matthew McConaughey, Verne Troyer, Justin Timberlake and Billie Joe Armstrong. His contract was not renewed after one year on the show.

John Milhiser is gay, and wants everyone to know he was out and proud while on the show, making him the second out gay man and third out gay cast member:

Hey, @thedailybeast I’m pretty sure that I was out and proud as a gay man when I was an SNL cast member for a hot sec. 2nd after Terry. There should be more though. Go see @lovesimonmovie !!! 🙂