Tab Hunter passed away July 8, a few days shy of 87. It was the end of the remarkable life of a man who seemed indifferent toward his own stunning good looks — and took a similarly so-what? approach to being gay at a time when that should've kept him from becoming one of the top stars of the '50s. 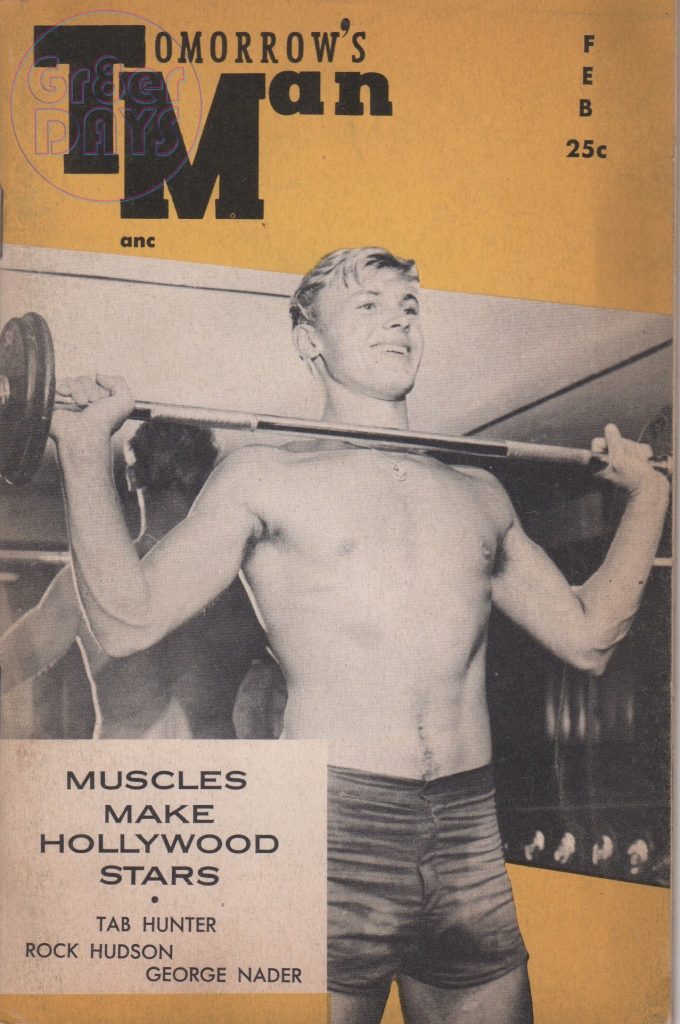 In honor of his passing, and his July 11 birth anniversary, check out these original pages from the classic gay-beefcake magazine Tomorrow's Man (February 1956). The mag was positioned as a bodybuilder how-to, but what percentage of its subscribers d'ya think owned no dumbbells, dumbbell? 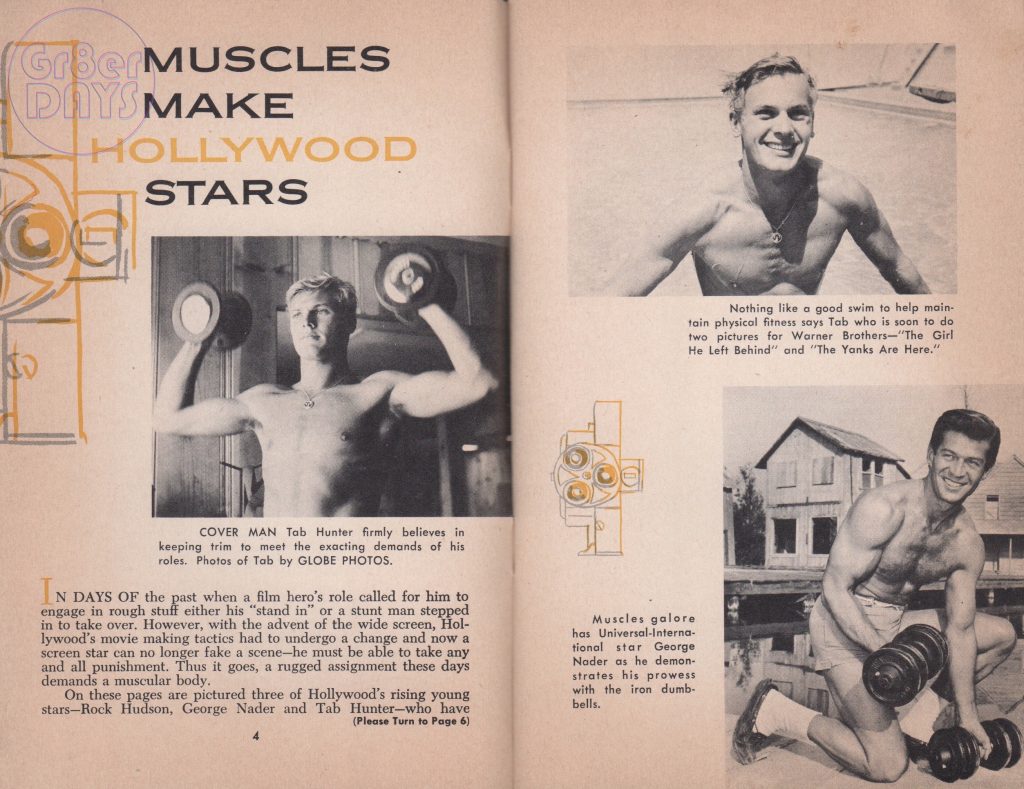 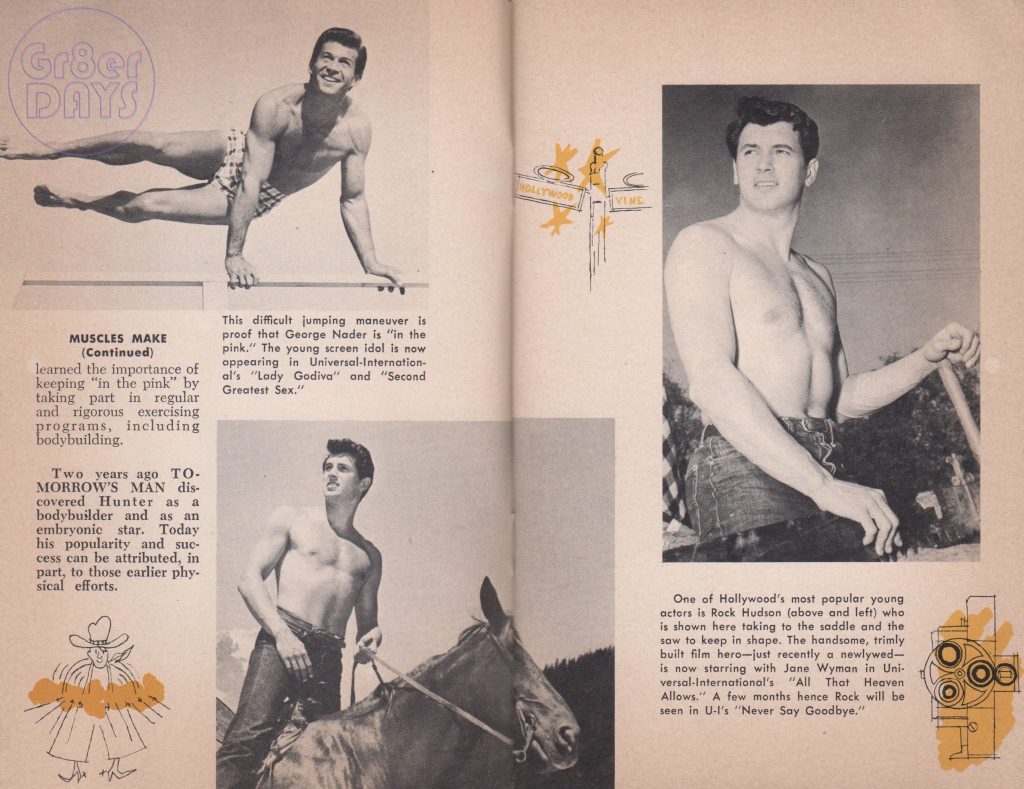 Ironically, Rock Hudson (1925-1985) is the reason why Hunter was outed — their agent gave Confidential Tab to protect Rock

In the piece, it is asserted that then-rising star Tab "firmly believes in keeping trim to meet the exacting demands of his roles," but secrecy was also demanded of him, and when — just months before this spread appeared — Confidential Magazine ran a leering story that all but outed him, Hunter "thought my career was over."

Instead, his enduring, all-American appeal saved him, and he would go on to have one of the biggest #1 hit singles of the rock era ("Young Love" in 1957) and to star in a string of late-'50s hits, most important 1958's Damn Yankees.

Hunter's star eventually cooled, and his position as a hunk-of-the-moment definitely hurt his future chances at knocking down more challenging roles. But Hunter just went with it, took work where he got it (summer stock, Z-movies) and bounced back in the '80s, when his Boomer fans enjoyed watching him poke fun at himself in films like Polyester (1981) and Grease 2 (1982).

RIP, Tab — a pure superstar who did it his way.