Just in time for the 35th anniversary of the My Little Pony franchise, a new, celebratory package of the 1986 and 2017 movies is on the way. 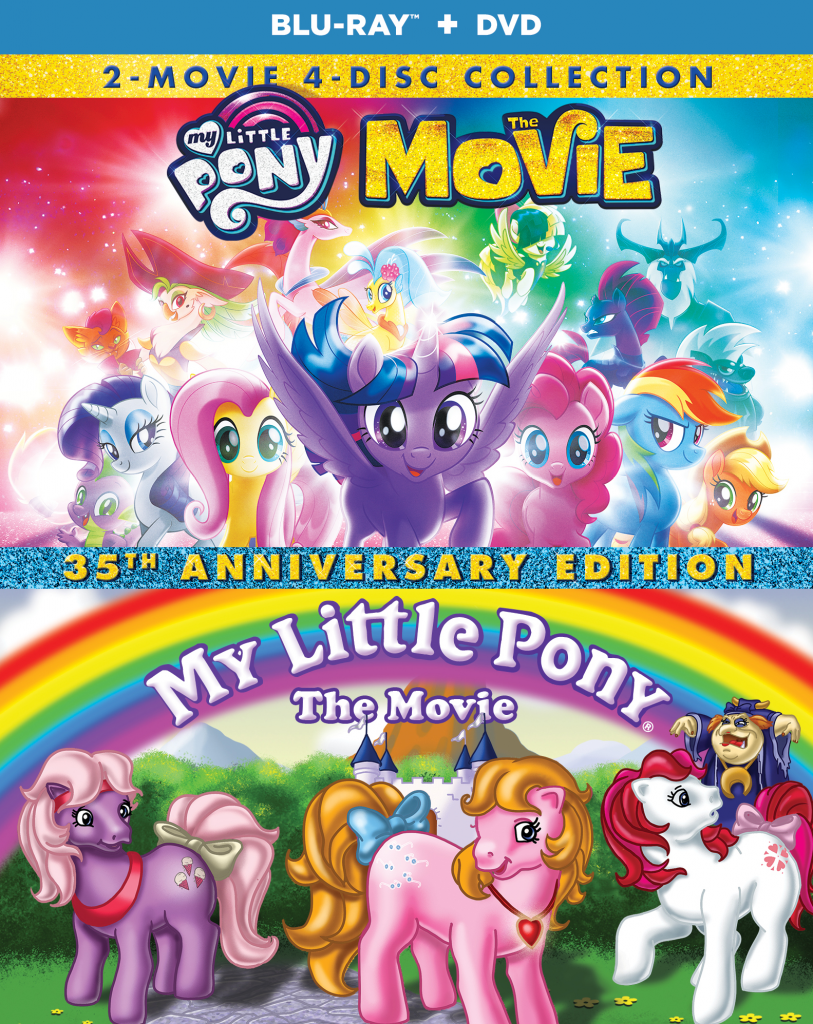 Celebrate the magic of friendship and the nostalgia of the ’80s when My Little Pony: 35th Anniversary Edition Collection arrives on Blu-ray™ (plus DVD) October 16 from Lionsgate. Enjoy the original 1986 My Little Pony: The Movie for the first time ever on Blu-ray, alongside the exciting 2017 movie adventure! Featuring the guest voices of comedy legends Danny DeVito, Madeline Kahn, Cloris Leachman, Rhea Perlman, and Tony Randall, the 1986 movie on Blu-ray delivers ’80s nostalgia with high-definition sparkle! The new 2017 movie features the voice talents of the My Little Pony Mane 6 alongside a star-studded cast, including Emily Blunt, Kristin Chenoweth, Liev Schreiber, Taye Diggs, Uzo Aduba, Zoe Saldana, and Sia. Just in time for the 35th anniversary of the My Little Pony brand, fans can relive the wonder of the original ponies and experience their evolution with this four-disc collection. The My Little Pony: 35th Anniversary Edition Collection Blu-ray™ will be available for the suggested retail price of $24.99.

The new product comes with a deleted scene from the 2017 film, featurettes, a Taye Diggs (b. 1971) music video and more.

The original flick had quite an amazing cast: