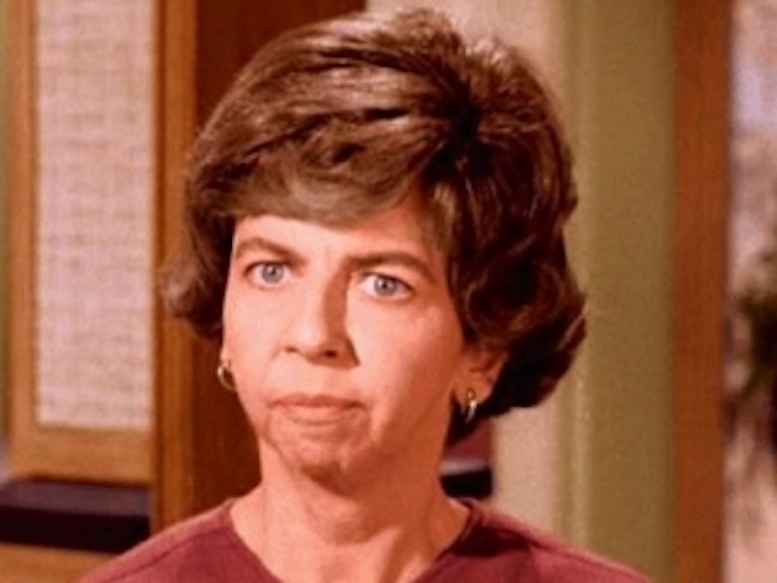 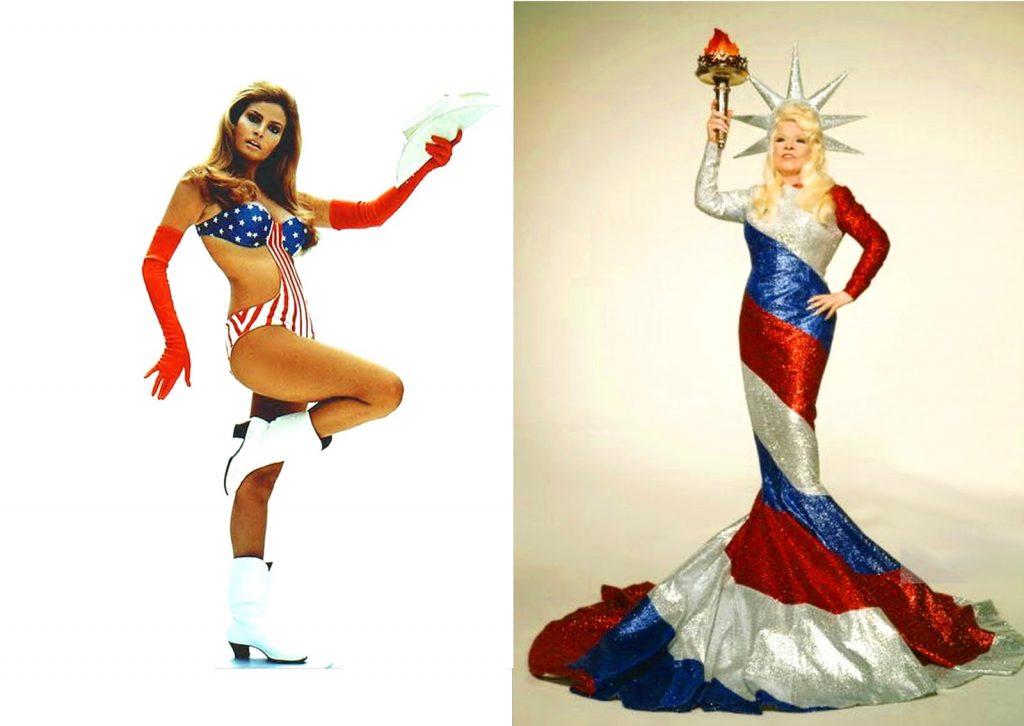 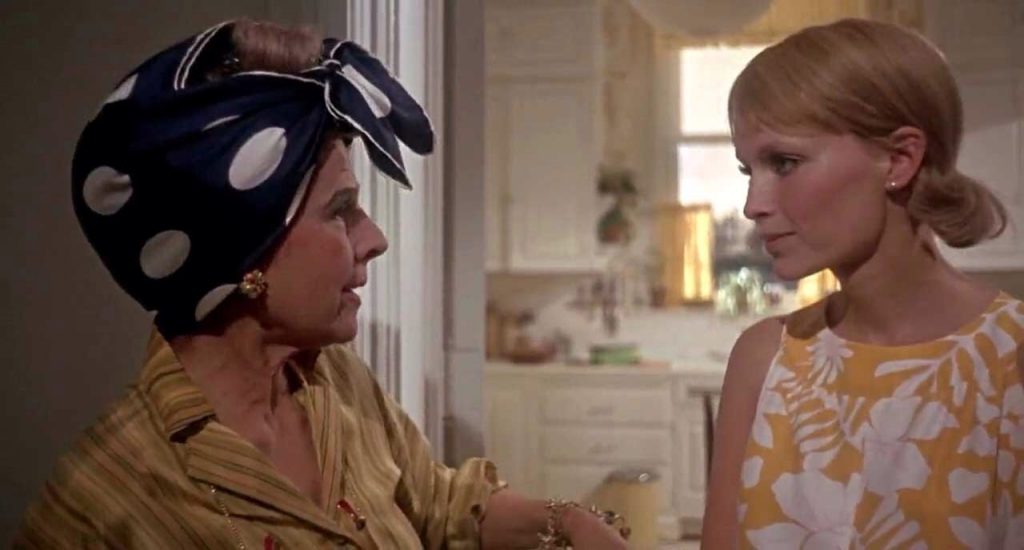 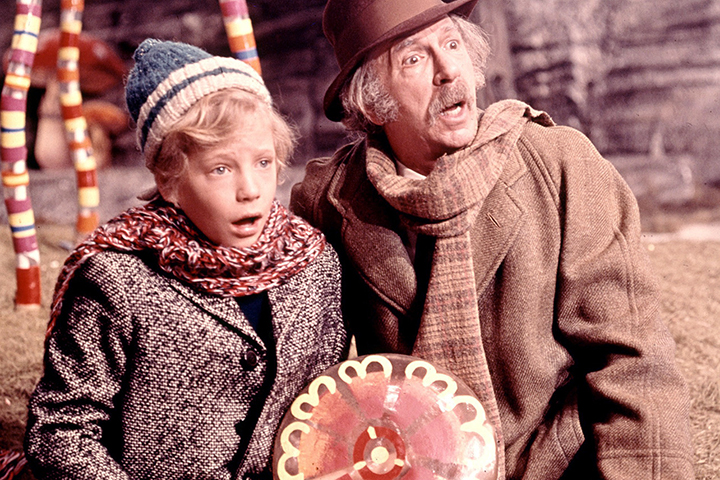 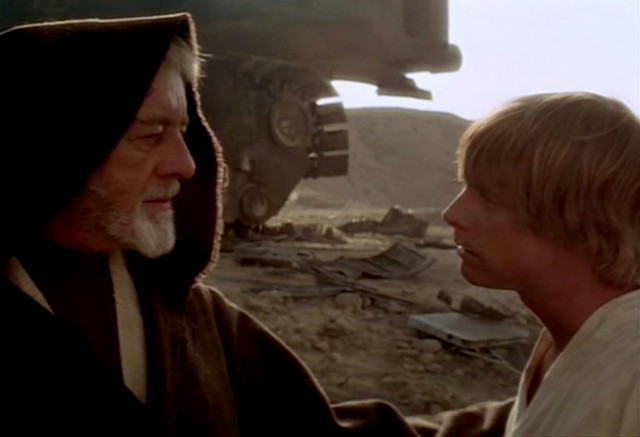 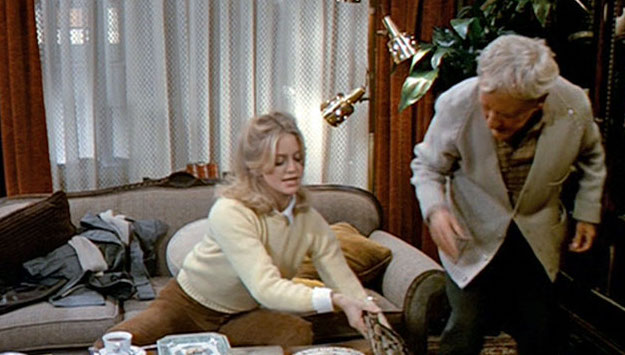 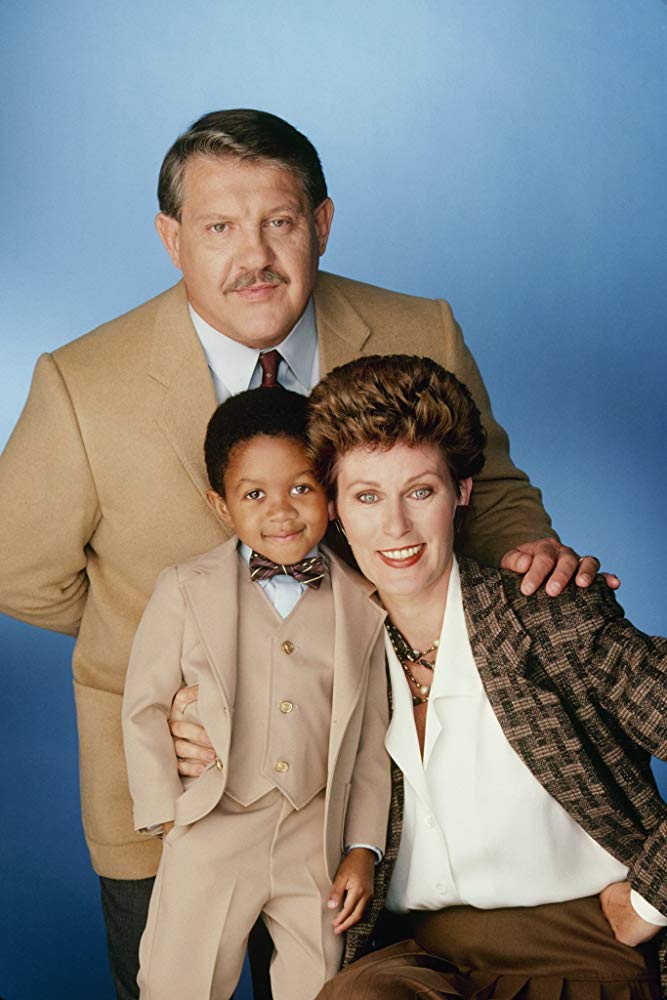 Surfing the Webster (Image via ABC)

Not how you eat a Snickers bar! (GIF via NBC)

The late Ian Abercrombie aka Mr. Pitt on Seinfeld was just 60 when he debuted the character of the hard-to-please, eccentric old tycoon. Julia Louis-Dreyfus, whose Elaine Benes was Mr. Pitt's happless young protégée with a debatable amount of grace, is 59 as of April 2020. 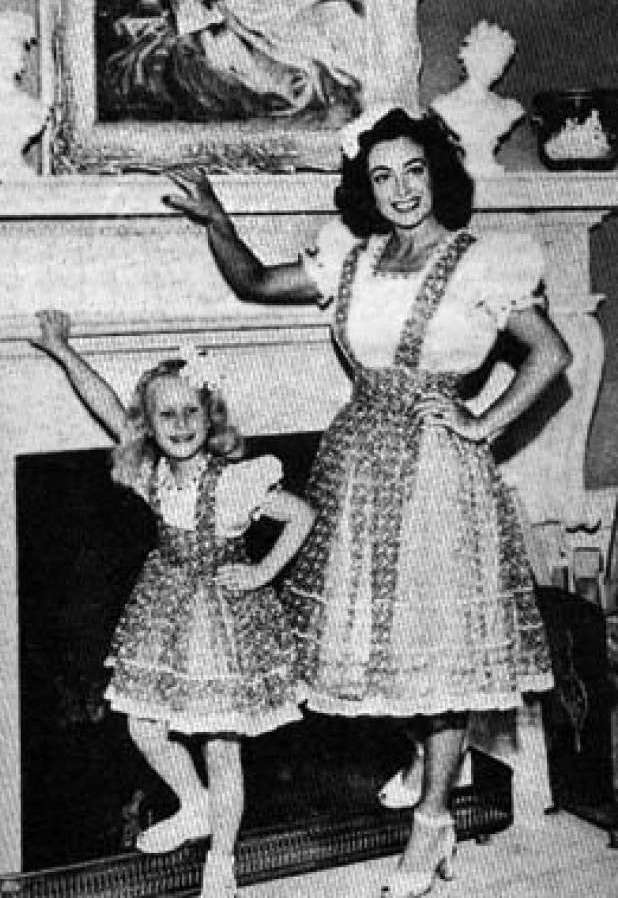 My mother the star (Image via Christina Crawford)

Hollywood legend Joan Crawford died at 73. Her whistleblowing daughter Christina Crawford, author of Mommie Dearest, turned 80 in June 2019. (So she wins at ... life?) 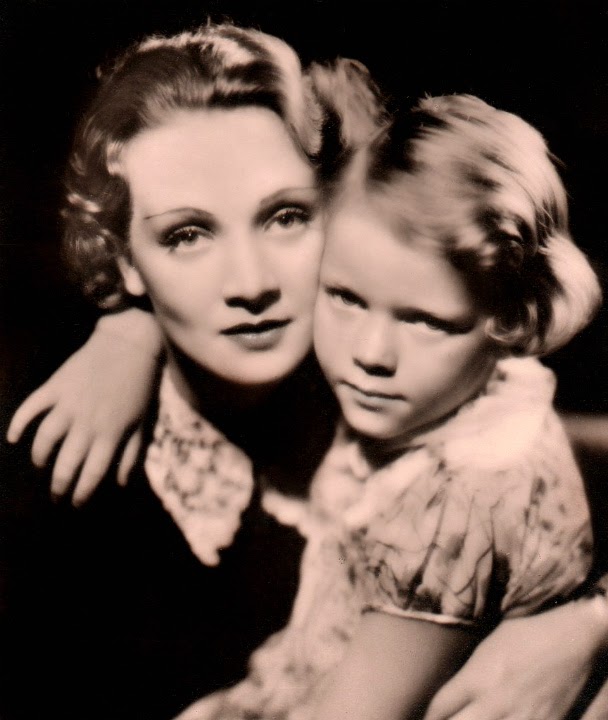 The girls in the front room (Image via Maria Riva)

Finally for this section, screen legend Marlene Dietrich was probably alive when you were younger, right? Well, her daughter turned 95 in December 2019.

IN PRAISE OF OLDER WOMEN* 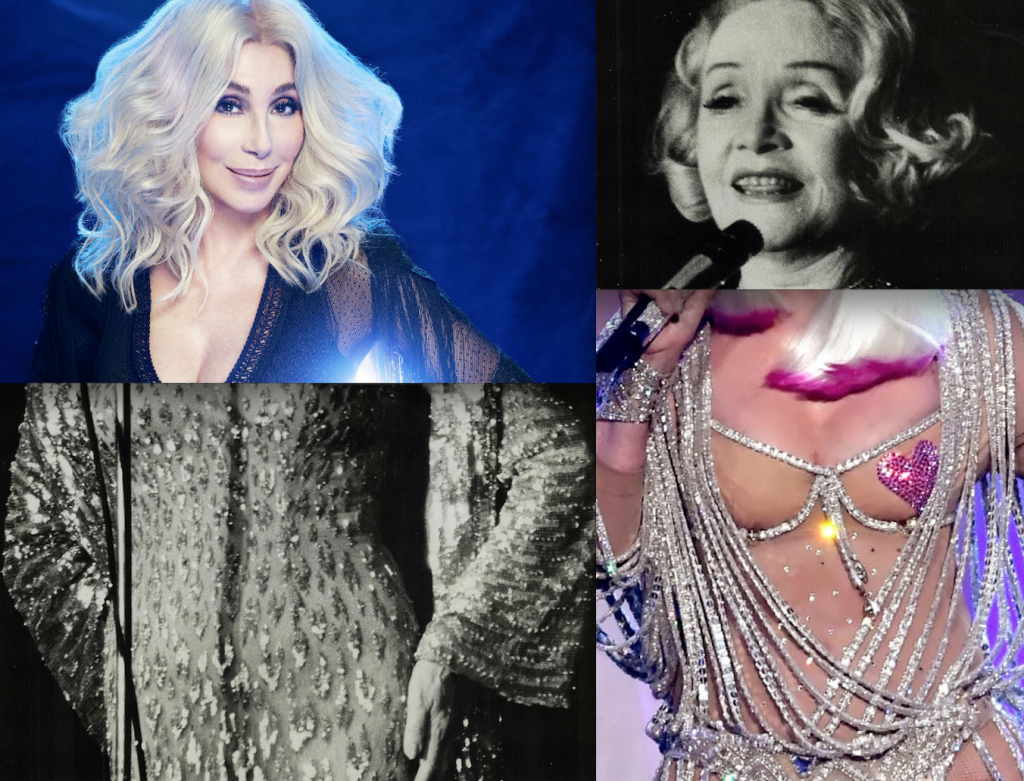 Speaking of Marlene Dietrich, she was only in her early fifties when, in the early ‘50s, she became what was considered an age-defying cabaret performer. Her long stage career ended on September 29, 1975, due to a fall — she was 73. 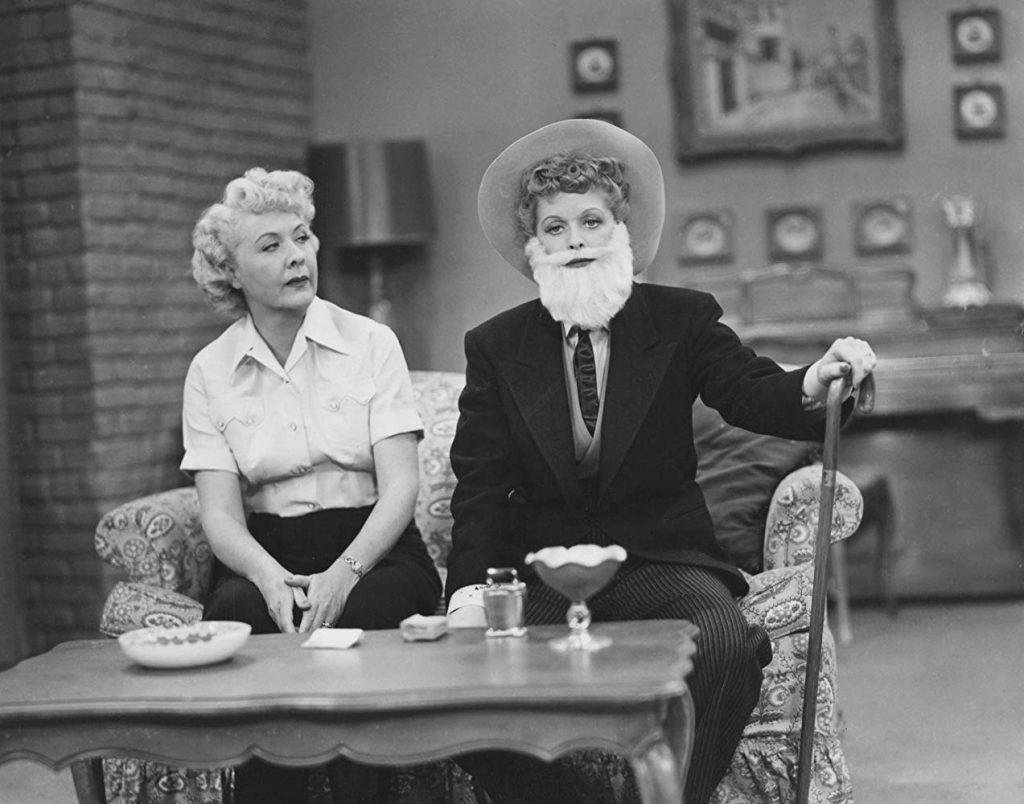 Vivian Vance, presented as Lucille Ball's frumpy sidekick Ethel Mertz in 1952, was just 42 years old (and paired with a hubby played by 64-year-old William Frawley). Vance's beauty was played down for the role, but still — she was only 42 to Lucy's 40.

Another way to look at it — Ethel was the same age as Keri Russell's Elizabeth Jennings on the last season of The Americans. 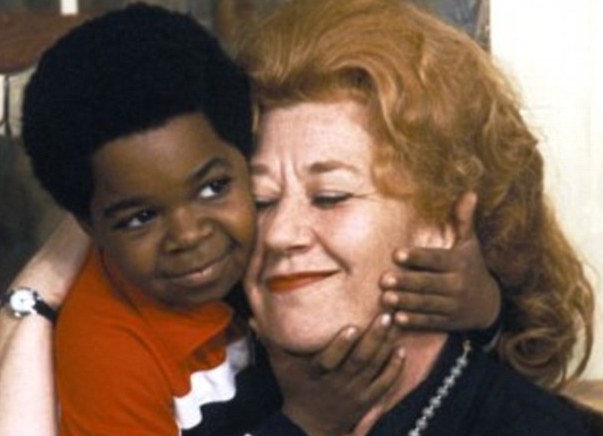 The beat of just two drums (Image via NBC)

The dearly departed Charlotte Rae was just 52 when she introduced Mrs. Garrett on Diff'rent Strokes in 1978, in spite of reading older. (Mary Jo Catlett, who was introduced as housekeeper Pearl in 1982, was even younger — a mere 44.) I mean, Cindy Crawford, Bai Ling and Téa Leoni are now past Mrs. Garrett's age. 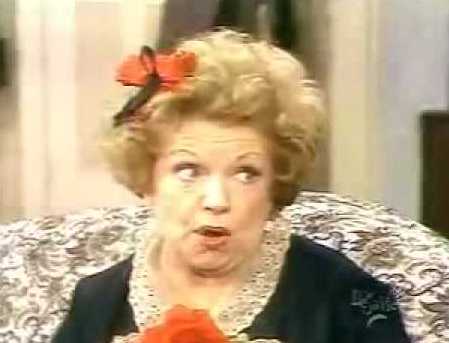 Continuing with domestics, Hermione Baddeley was only 57 as one of the seemingly wizened maids in Mary Poppins (1964). 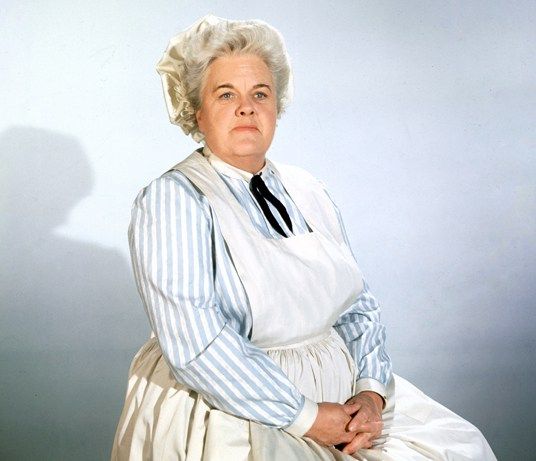 Which brings me to the gobsmacking fact that the white-haired cook in Mary Poppins, Reta Shaw, was only 51 at the time the classic was filmed. 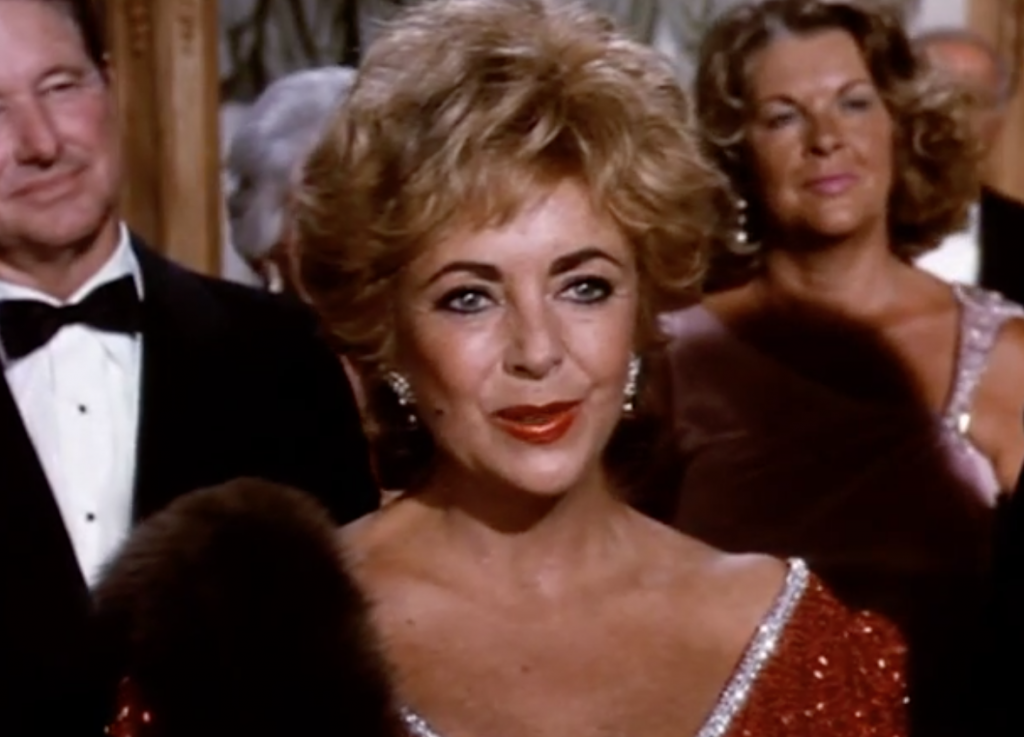 Taylor checks in to Hotel. (Image via ABC)

By 1984, one's early fifties had become less frumpy — for some. Superstar Elizabeth Taylor who had battled the bulge and gone in for some Ash Wednesday-level body modification IRL, popped up — age 52 — on the series Hotel. Much was made of her agelessness, even though today many TV actresses are in their prime at 52.

Davis is also the star of one of the most famous GIFs of all time. (GIF via GIPHY)

Viola Davis of How to Get Away with Murder is 54 as of April 2020, and hardly seems ready to be playing aged-out divas reaching for that brass ring. 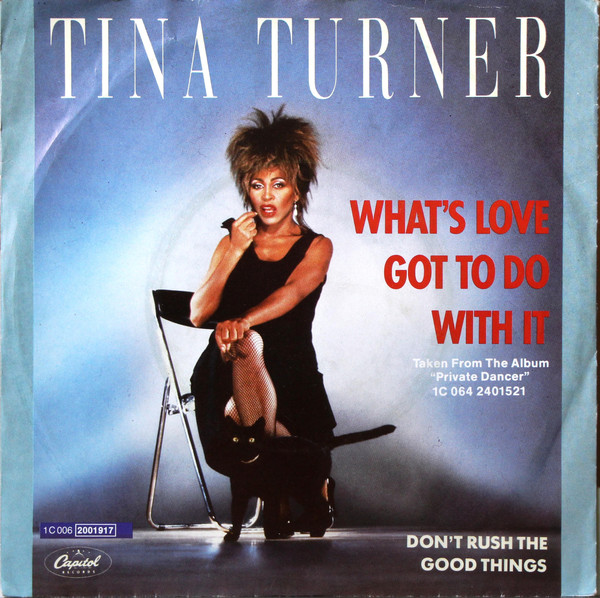 What's age got to do with it? (Image via Capitol) 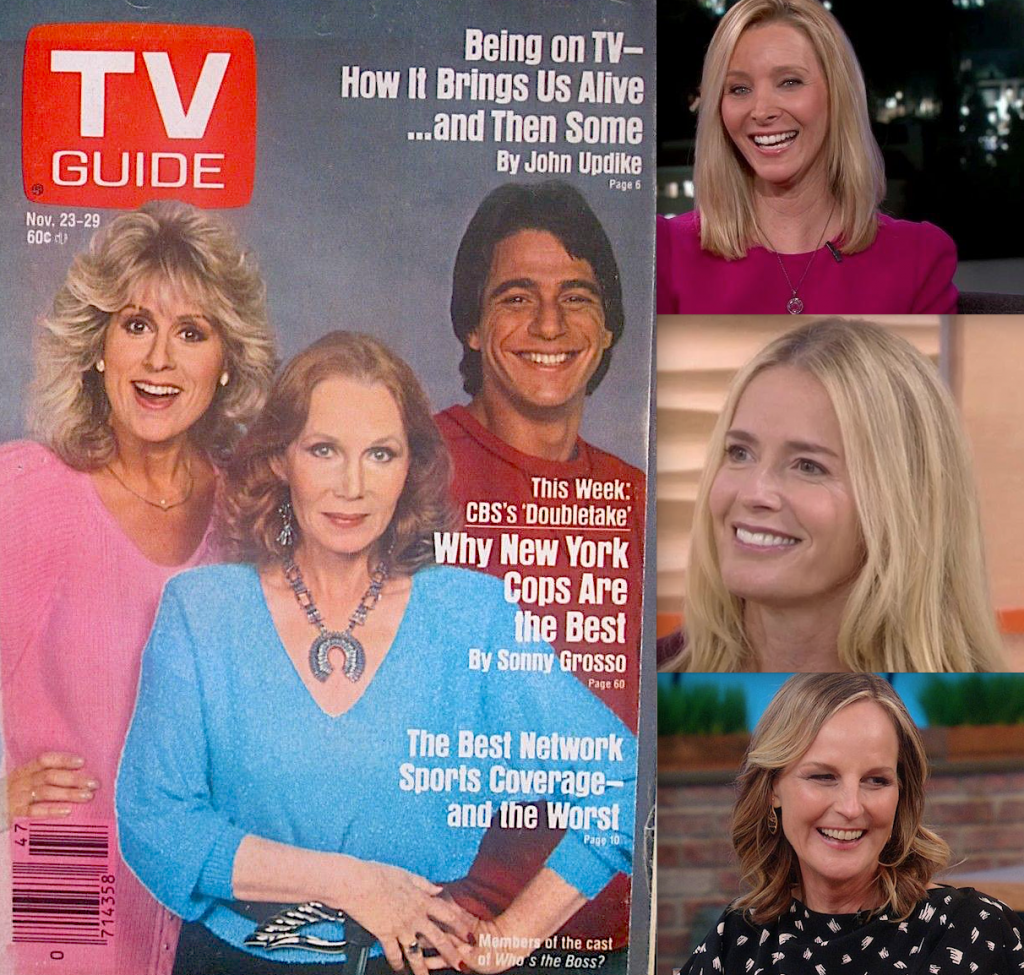 To Helmond and back (Images via TV Guide & video stills)

Katherine Helmond was 55 when Who’s the Boss? debuted on September 20, 1984. Casting the oversexed grandmother today? How about Elisabeth Shue, Helen Hunt or Lisa Kudrow — all of whom are now past 55. 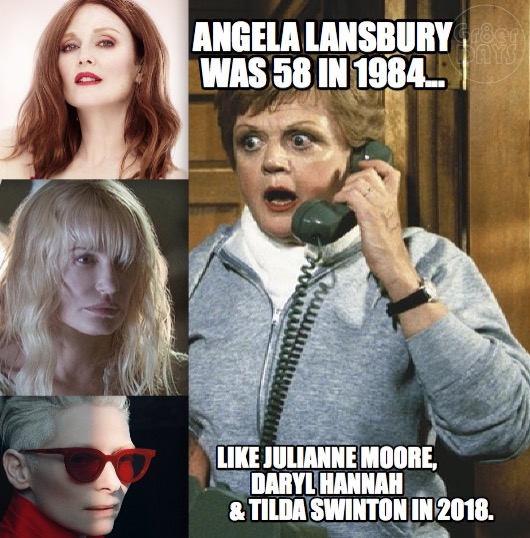 Angela Lansbury was 58 when elderly-widow-tastic Murder, She Wrote debuted on September 30, 1984. Casting it today? How about Julianne Moore, Daryl Hannah, Tilda Swinton, Jennifer Grey or Jane Lynch, all of whom hit 60 in 2020? 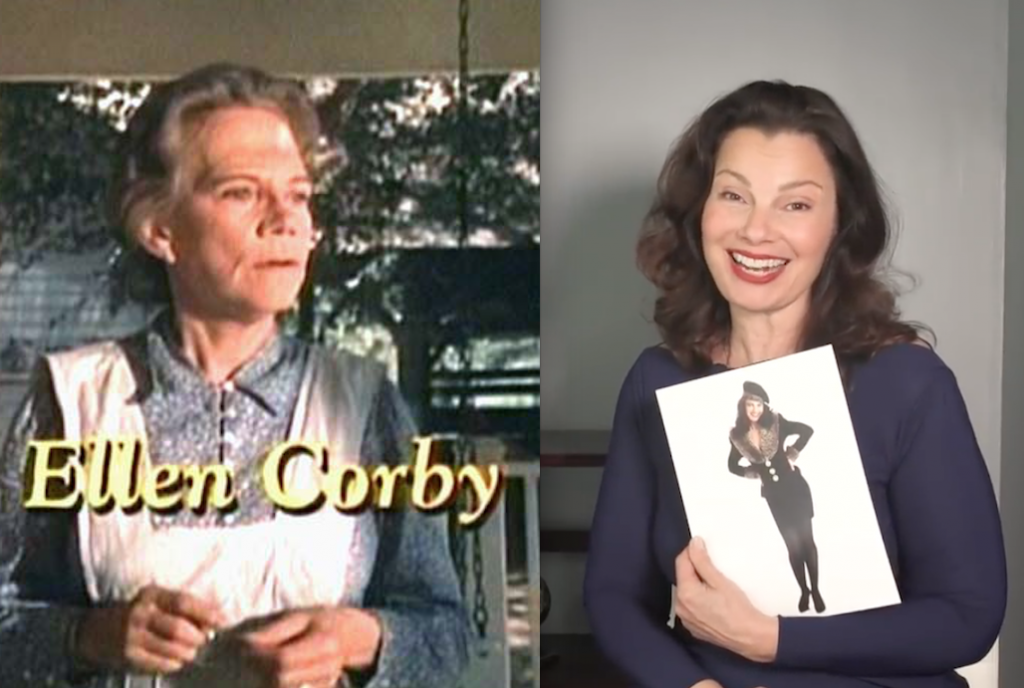 Ellen Corby was 61 when she began playing the grandmother on The Waltons in 1972. Today? How about Fran Drescher or Frances McDormand? Melanie Griffith? They’re all 62 or 63. 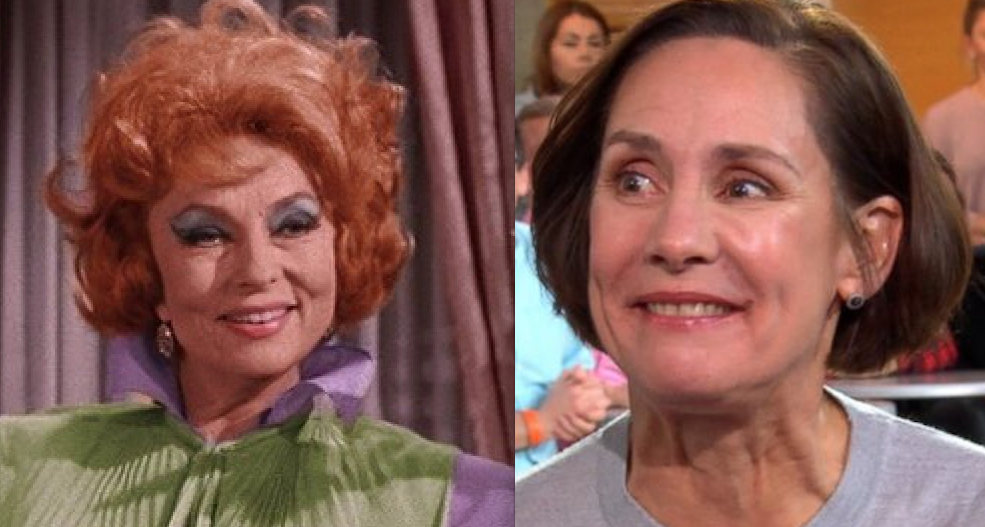 Witch one is your fave? (Images via ABC & video still)

The woman who gave us Endora, Agnes Moorehead, was 63 when Bewitched debuted in 1964. That means she was a bit older than Laurie Metcalf is today. 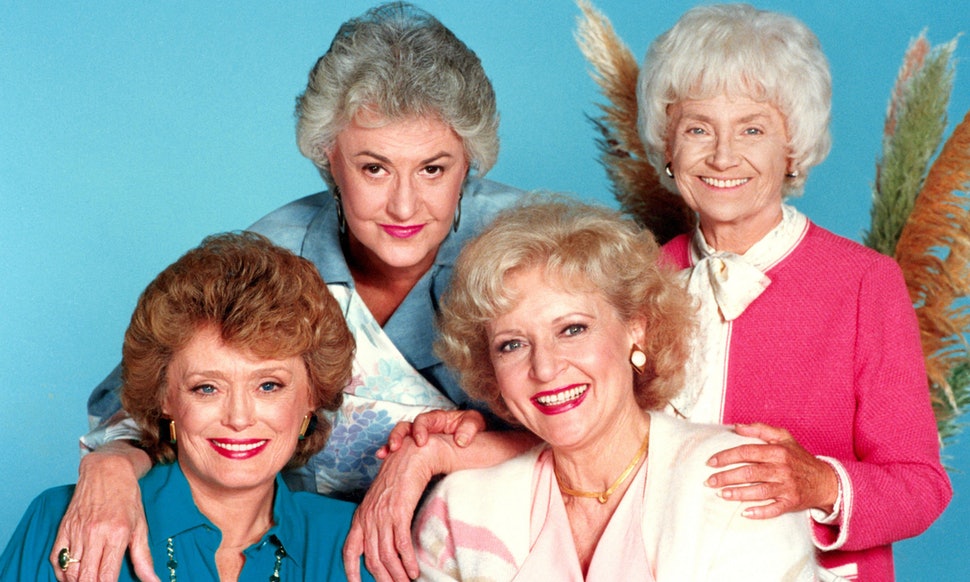 Who you callin' old? (Image via NBC) 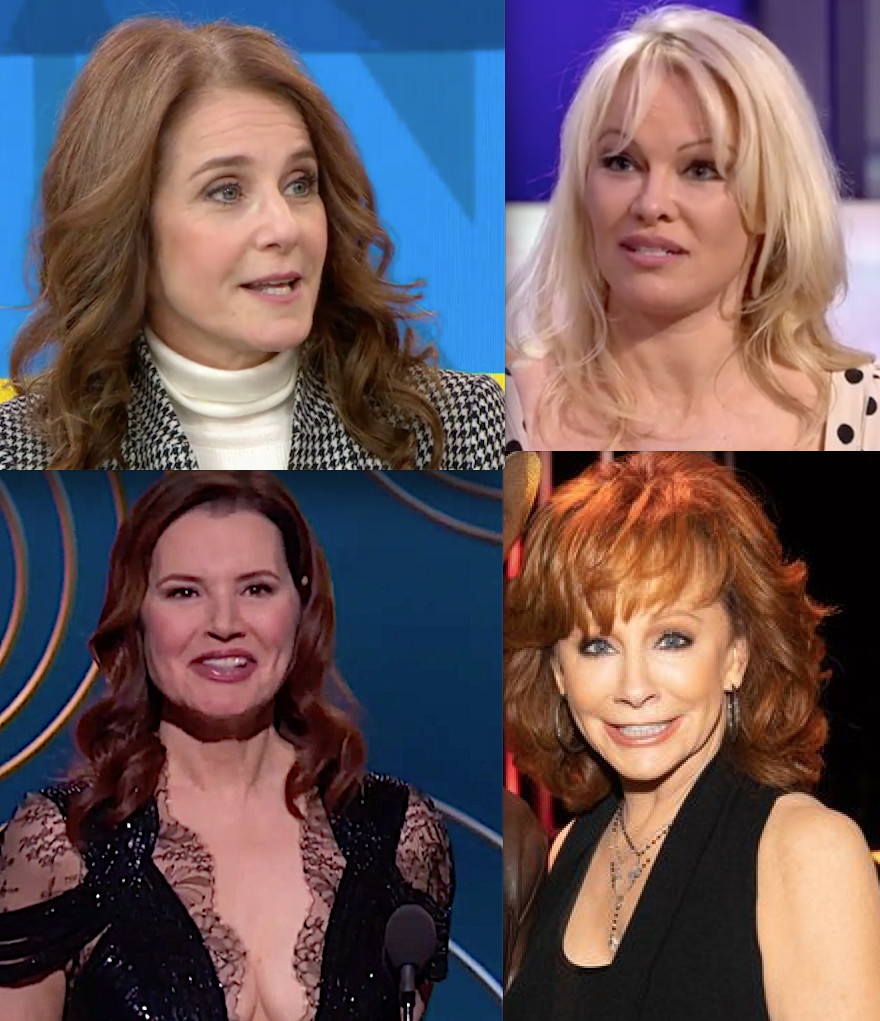 Putting The Golden Girls into a poppier perspective: Gloria Estefan is 62, Madonna is 61, Janet Jackson is 53 and Kylie Minogue is 51 — each in the general vicinity of the lanai, and each equally unimaginable on it. 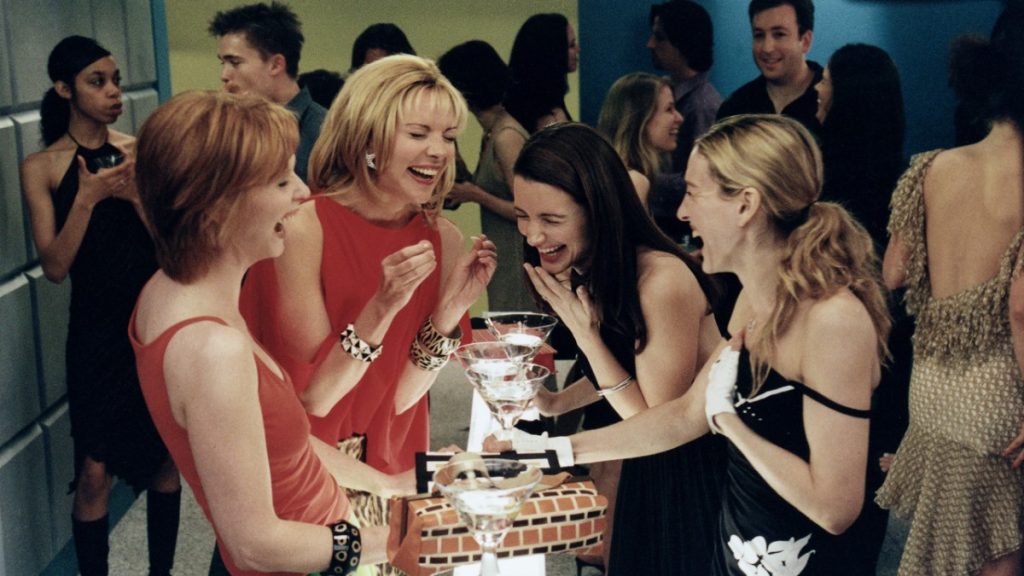 Going for the Golden (Image via HBO)

If Sex and the City were to get its long-awaited reboot — and if Kim Cattrall were somehow lured back — they would be Golden Girls-ready! Cattrall is 63, about the same age as the oldest of the GG cast, while Sarah Jessica Parker and Kristin Davis are 55, and governor-not-elect Cynthia Nixon is 54 ... meaning all four of them are years older than the youngest Golden Girls cast member was in 1985. 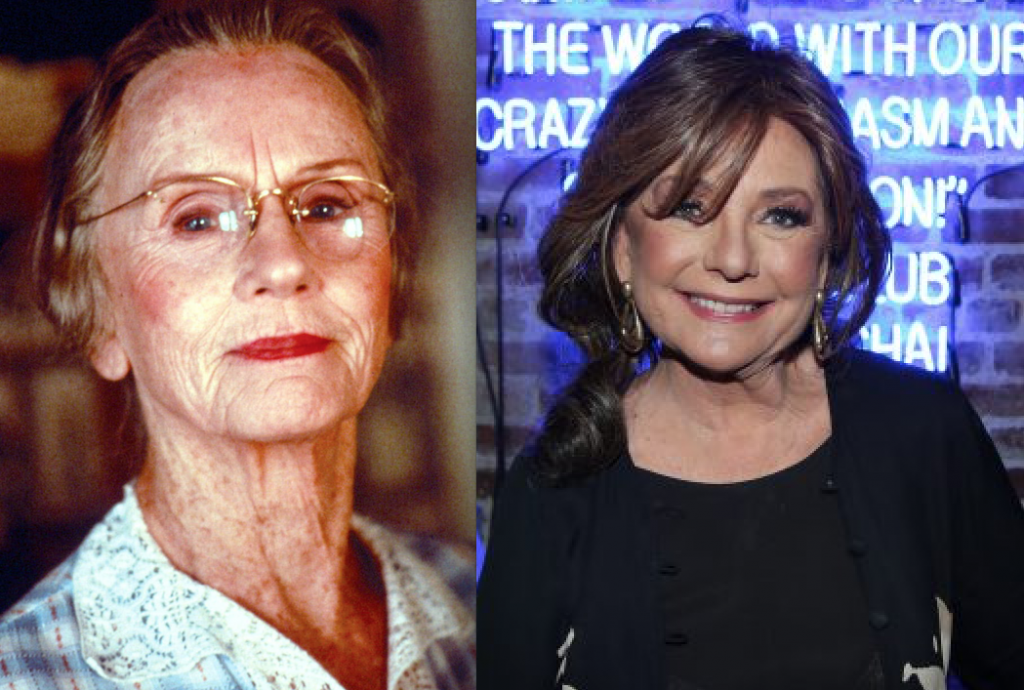 Jessica Tandy was 80 when she made Driving Miss Daisy (1989) — and that feels right, right? But does it feel right that Diana Rigg or famous MIA castaway Dawn Wells (of Gilligan’s Island fame) are already Tandy's age today? Even more of a mind-blower, had she lived, Natalie Wood would be in line for the job ... but Jane Fonda is already several years too old for an exact match. Donna Mills — DONNA MILLS — played the role recently, and it wasn't a stretch ... she is 79 as of April 2020. 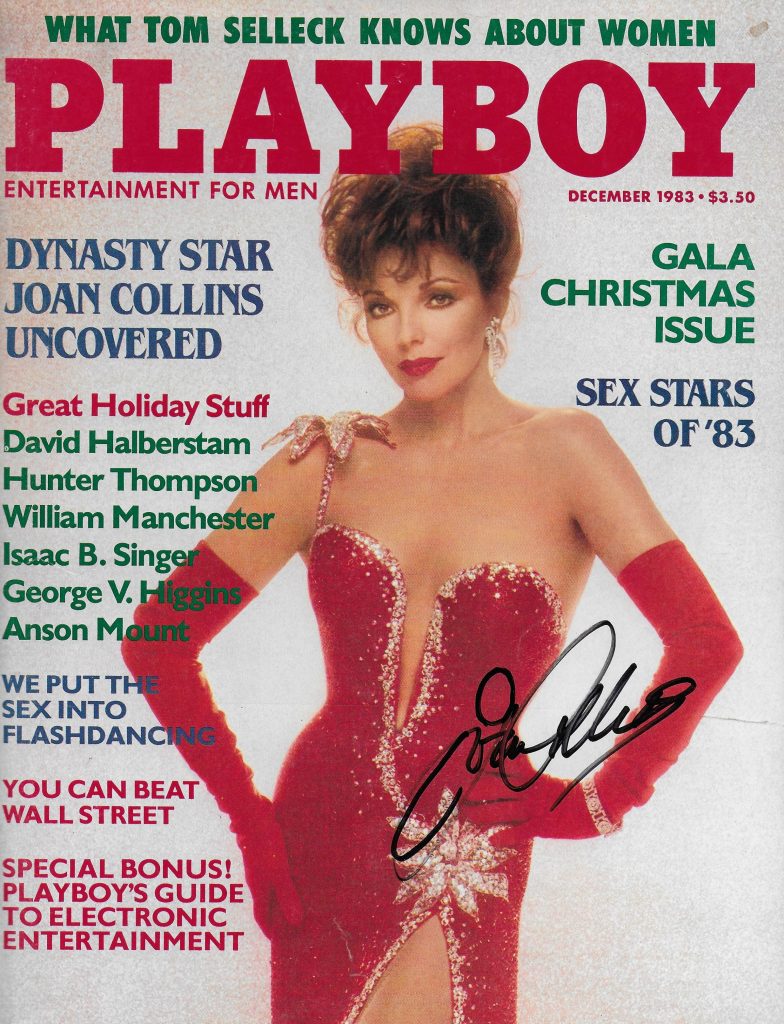 When Dynasty premiered in 1981, Linda Evans — previously best known for The Big Valley (1965-1969) — was touted as a modern miracle for "still" being so lovely and youthful. She was all of 39 years old.

When Joan Collins was brought aboard on Dynasty to liven things up, her agelessness was an even bigger cause-celebre, and she clocked in at 48 years old. She posed nude for Playboy in 1983 to celebrate turning 50, at the time an almost-unheard-of thing to do at that age. (Okay, Vikki LaMotta had been 51 when she did it in 1981, but she was not nearly as famous as Collins.) That issue was a major pop cultural turning point in the perception of "50." Today, would it really be so hard to imagine Kylie Minogue or Naomi Watts taking off all their clothes and looking fab? 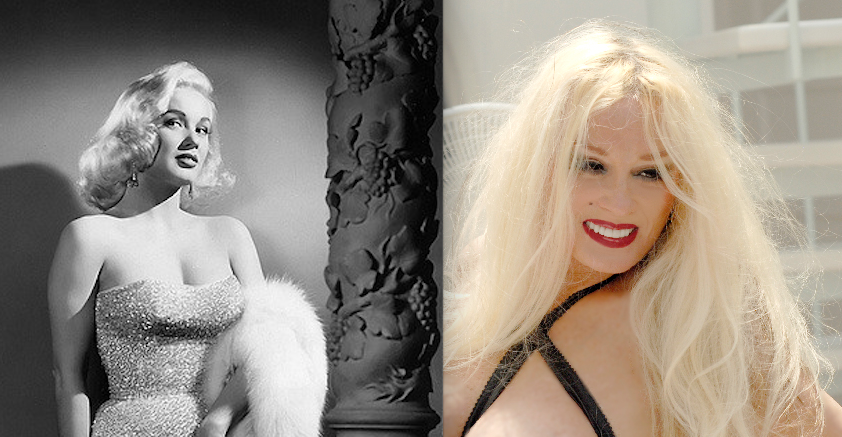 In 2018, Jane Seymour set a record when she stripped for Playboy — at 67. Mamie Van Doren — who still poses nude for fun at age 89 — appeared nude at age 75 in the April 2006 issue of Playboy, but was not shot by the magazine directly so does not get to challenge Seymour's record.

*Bonus: In the steamy 1978 film I'm referencing with this section title, In Praise of Older Women, young Tom Berenger was just 10 years younger than "older woman" Karen Black — he was 29 and she was 39. Wow. Daring.