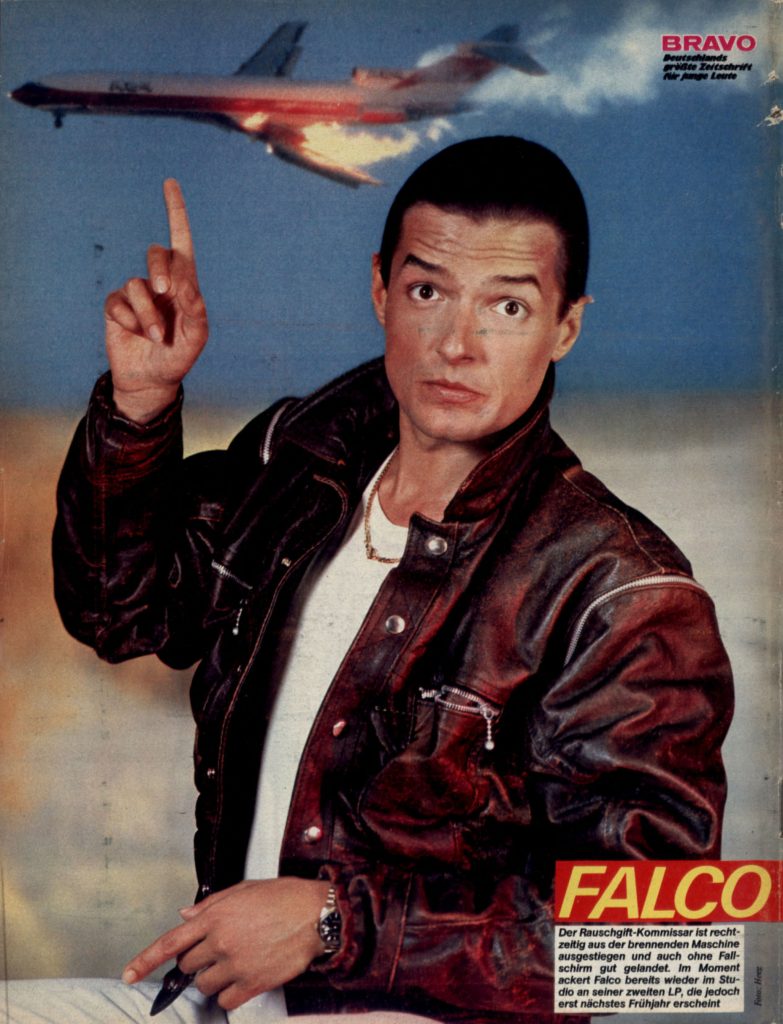 DON'T FORGET ME WHEN I'M GONE

The '80s seem recent-ish to those of us who lived through them, and with celebrities of the '50s and '60s still running — or power-walking — around, it's hard to fathom, but a huge number of predominantly '80s pop stars are already gone, and not just the ones you immediately think of:

Matthew Ashman of Bow Wow Wow and Adam & the Ants (November 3, 1960—November 21, 1995): The guitarist died of complications from diabetes.

Baltimora aka Jimmy McShane (May 23, 1957—March 29, 1995): The singer most associated with "Baltimora," which was actually an Italian collective, died of AIDS.

Pete Burns of Dead or Alive (August 5, 1959—October 23, 2016): The colorful lead singer's fixation on plastic surgery couldn't have helped his health; he died of a heart attack.

Vincent Crane of Dexy's Midnight Runners (May 21, 1943—February 14, 1989): The keyboardist on the band's third album committed suicide with pills.

Ian Curtis of Joy Division (July 15, 1956—May 18, 1980): The ill-fated musician barely lived to see any of the '80s, yet his work on the first two Joy Division albums helped define a post-punk sound that would become highly influential. He committed suicide by hanging.

Glenn Frey (November 6, 1948—January 18, 2016): Frey was of course famous for the Eagles, but his '80s solo hits are not to be overlooked. He died from a combination of rheumatoid arthritis, pneumonia and ulcerative colitis.

Greg Ham of Men at Work (September 27, 1953—April 19, 2012): The longtime Men at Work band member died of unknown causes after a grueling copyright lawsuit. Some said he had drug issues, others asserted it was natural causes/a heart attack.

Dan Hartman (December 9, 1950—March 22, 1994): This talented singer/songwriter/producer tasted success via many different songs, most famously "I Can Dream About You" (1984). He died of AIDS complications.

Whitney Houston (August 9, 1963—February 11, 2012): The iconic singer, as you may have heard, died in an accidental drowning exacerbated by heart disease cocaine abuse.

Michael Jackson (August 29, 1958—June 25, 2009): The King of Pop died when his heart stopped while he was under the effects of various drugs, including propofol.

Kirsty MacColl (October 10, 1959—December 18, 2000): The unique singer introduced "They Don't Know" in 1979 and realized some U.S. success with 1991's "Walking Down Madison," but was very active in the '80s. She died in a gruesome accident when a powerboat ran her over in Mexico, with the man who took responsible ultimately doing no prison time and paying just over $2,000 to her grieving family. Rumors persist that the multimillionaire CEO who owned the craft may have been at the controls.

George Michael (June 25, 1963—December 25, 2016): One of the biggest success stories o the '80s, this troubled superstar never came to terms with his fame. After decades of struggles with drug abuse, he died, apparently of natural causes, at 53.

Rob Orbison of the Traveling Wilburys (April 23, 1936—December 6, 1988): Though Orbison's career predated his time with the Wilburys (most amazingly with "Oh, Pretty Woman" in 1964), he definitely helped that group hit the charts and the pop radar in the '80s. Isn't it shocking to realize that when he succumbed to a heart attack he was only 52?!

Benjamin Orr of the Cars (September 8, 1947—October 3, 2000): The handsome second lead of the Cars died of pancreatic cancer.

Rob Pilatus of Milli Vanilli (June 8, 1965—April 2, 1998): One half of the notorious lip-synching hitmakers, Pilatus died from an accidental overdose of prescription drugs and alcohol.

June Pointer of the Pointer Sisters (November 30, 1953—April 11, 2006): One of the dazzlingly talented Pointer Sisters, June sang lead on some of their biggest hits. She suffered a stroke that led to the discovery of terminal cancer.

Jeff Porcaro of Toto (April 1, 1954—August 5, 1992): The drummer and prolific musician died of hardened arteries brought on by cocaine addiction.

Scott Smith of Loverboy (February 13, 1955—November 30, 2000): The group's bassist on all of its hits, Smith was swept overboard while sailing off the coast of San Francisco — and his body was never recovered.

Jermaine Stewart (September 7, 1957—March 17, 1997): The "We Don't Have to Take Our Clothes Off" (1986) song died of AIDS complications. (Also found it odd the song was putting down sex but plugging alcohol as a requirement for fun!)

Ricky Wilson of the B-52's (March 19, 1953—October 12, 1985): Wilson, one of the founding members of the New Wave trailblazers, died from complications of AIDS in 1985, right after they recorded their album Bouncing Off the Satellites.

Other long-lived actors with familiar faces — but who you may be surprised to know are still with us —  include: 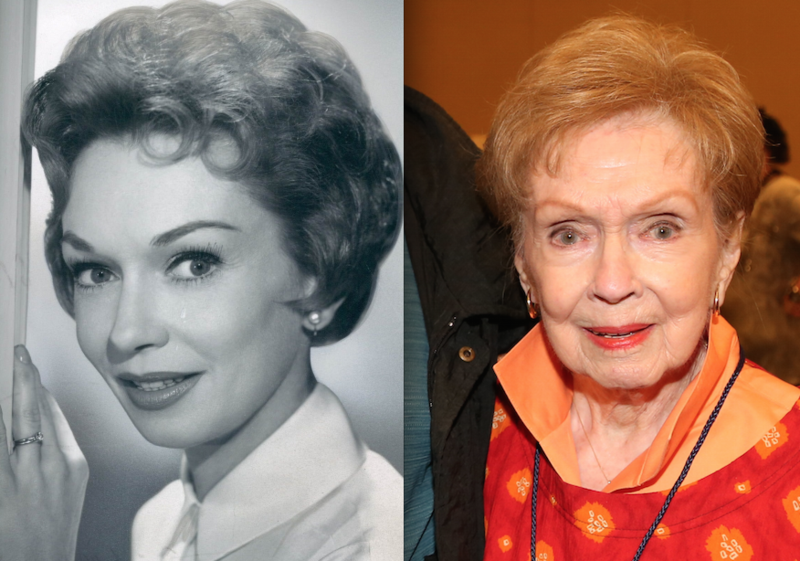 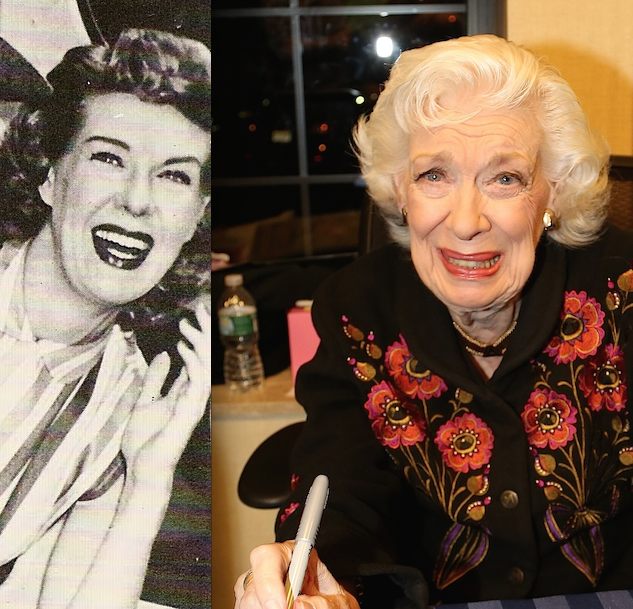 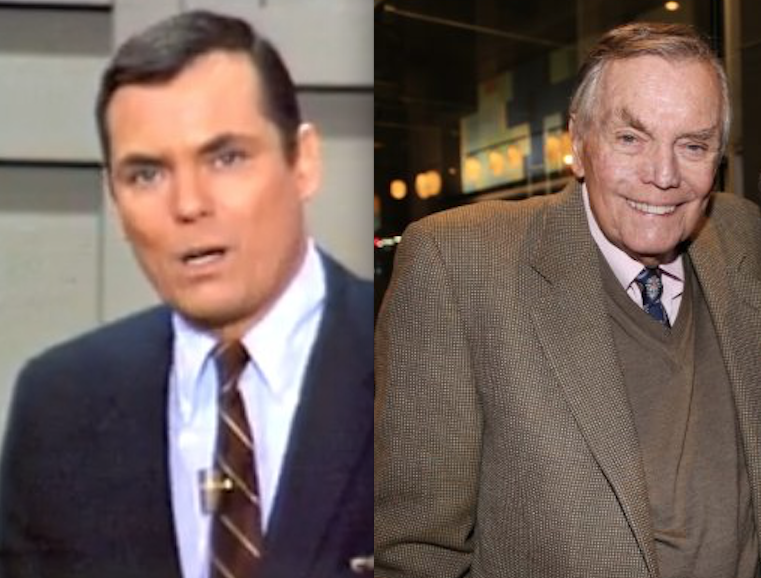 The Peter principle (Images via video still & by Matthew Rettenmund) 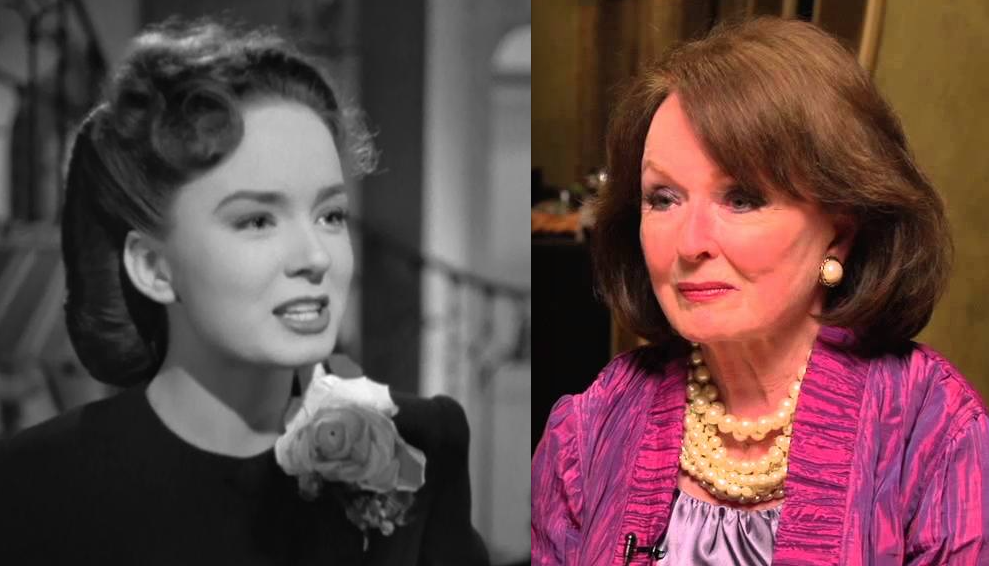 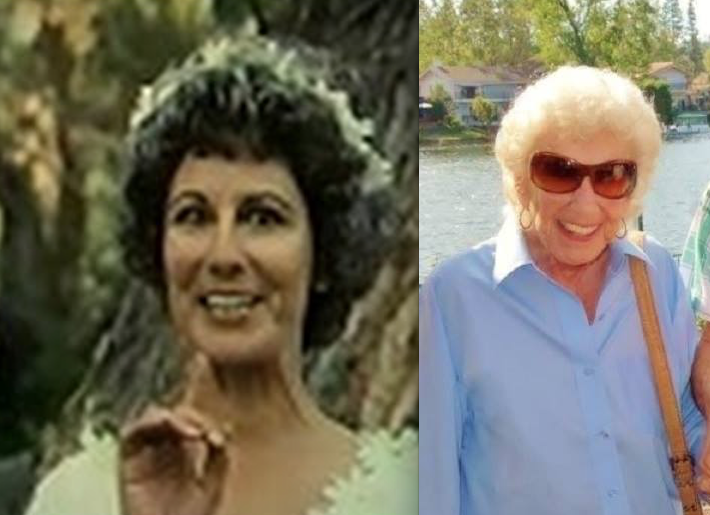 With notable exceptions, director Alfred Hitchcock has had an extraordinary number of his leading ladies live to ripe old ages, including the late Maureen O’Hara of Jamaica Inn (1939), who died at 95, and the late Nova Pilbeam of Young and Innocent (1937), who also died at 95. The only leading ladies from Hitchcock films who are still alive are (youngest to oldest): 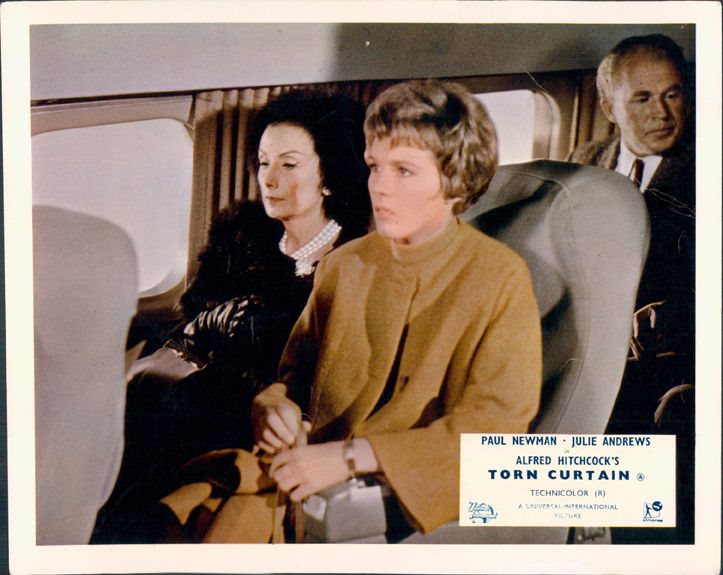 Vertigo-ing my way? (GIF via Paramount)

TIll the end of her Days (GIF via Paramount) 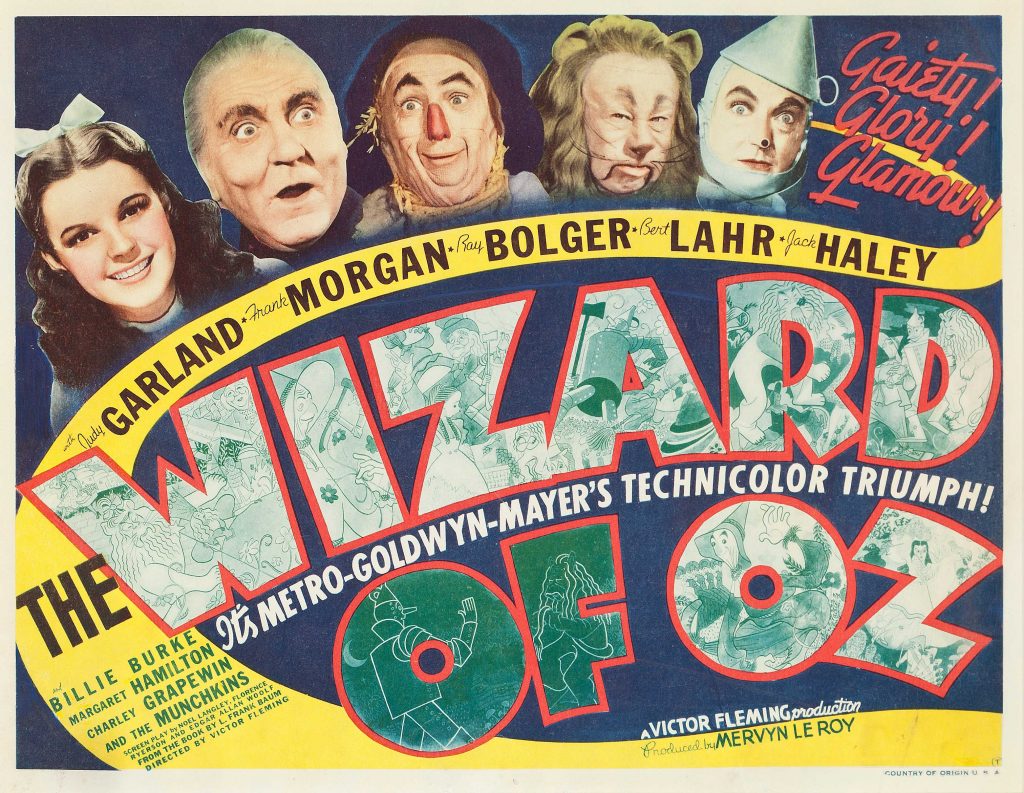 There are a number of people who appeared in The Wizard of Oz (1939) who are still alive. They are (youngest to oldest):

Ambrose Schindler, 101, who was the stunt double for the Tin Man 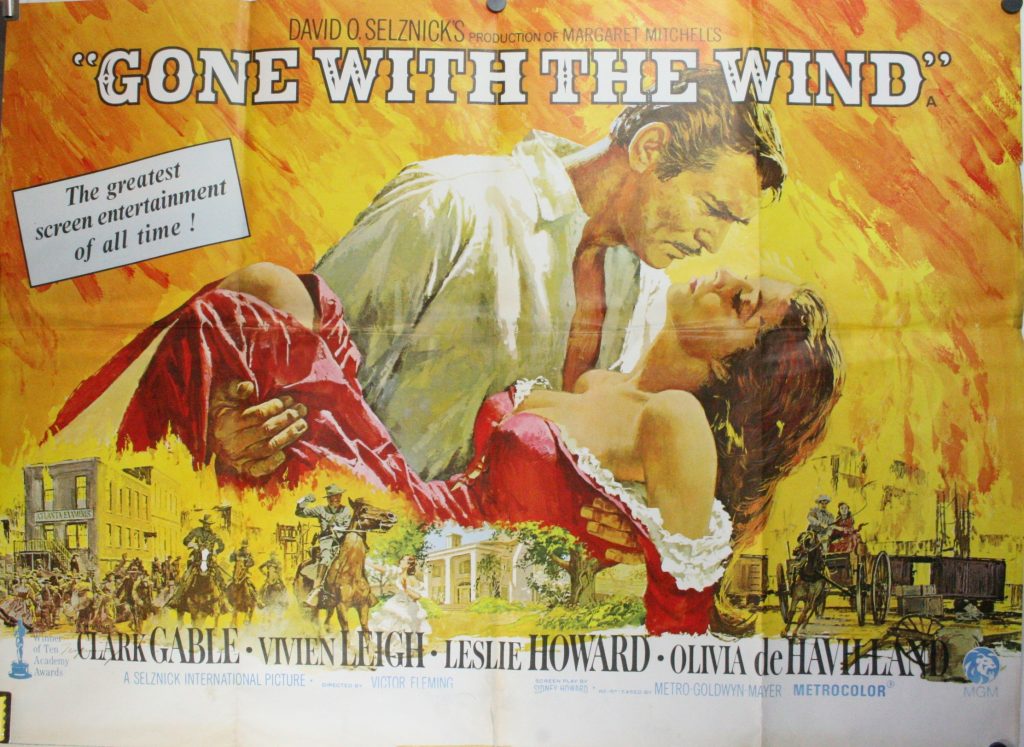 Yesterday is another day (Image via MGM)

Aside from Olivia de Havilland, the only other credited cast member from the 1939 classic Gone with the Wind who is alive is Mickey Kuhn, who played Beau Wilkes. He is 86 as of September 21 and retired from acting in 1957 — more than 60 years ago. There are another 11 uncredited players who are still alive 79 years after the movie hit theaters.

OLIVIA DE HAVILLAND received the Oldie of the Year award from the British anti-ageist Oldie magazine in 2016. She said she was "utterly delighted" the judges deemed there was "sufficient snap in my celery" to win the accolade. She will 102 on July 1, 2018. pic.twitter.com/mdqlmY9iFD

Life with Elizabeth debuted on TV on October 7, 1953. Its titular star, Betty White, is 96, making her one of the oldest actors alive from the early days of TV, even though she is far more famous for her mid-career and for her very late-career revival. That show tops even The Honymooners, which bowed in 1955, and whose Trixie — Joyce Randolph — is alive and well at 93.

The TV series Sugarfoot (September 17, 1957-April 17, 1961) starred Will Hutchins as Tom Brewster, the Canary Kid. He is the show’s only regular cast member, appearing in all 69 episodes. He is 88 today, meaning Sugarfoot may be the oldest TV show whose entire regular cast is still living.

The series Please Don’t Eat the Daisies debuted on September 14, 1965 and ran until September 2, 1967. It is the oldest series whose entire cast of principles — comprised of more than one person — is still living. They are: Mark Miller (93), Pat  Crowley (85) and all the actors who played the Nash boys.

The Smothers Brothers Show aka My Brother the Angel starring the Smothers Brothers, Dick (78) and Tom (81) Smothers, debuted three days later, on September 17, 1965, and wrapped April 22, 1966, making it the second oldest TV show whose entire regular cast — comprised of more than one person — is still living.

There are 11 people alive today who are known to have appeared — in any capacity — in a Silent Era silent movie. They are (youngest to oldest):

Dorothy Morrison Green, 99, the oldest black actor of the silents 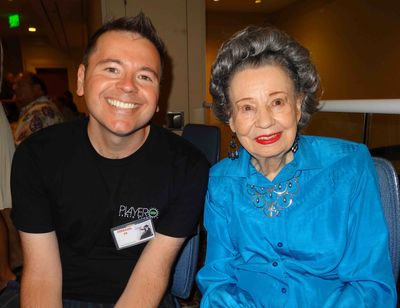 The author with Peggy in 2012 (Image by Matthew Rettenmund) 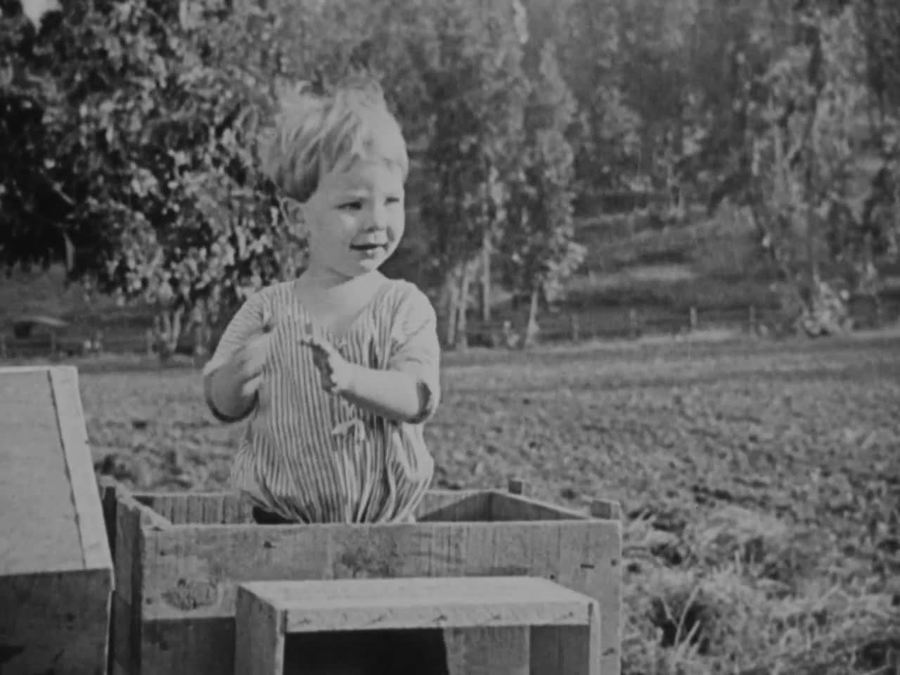 The crack of Don (Image via video still)

The oldest movie with a still-living on-screen participant is Station Content (1918) starring Gloria Swanson; Fay McKenzie, a baby in the movie, just turned 100. A one-reel version of the five-reel film is all that exists.

Big in Japan (GIF via GIPHY)

Catherine Deneuve, 74, has an actress mother who’s still with us! Renée Simonot just turned 107. She made her stage debut in 1918. In films, she dubbed into French the voices of such luminaries as Olivia de Havilland and Judy Garland.

The animation world seems to grow many long-lived members, none more so than  Disney’s Ruthie Thompson. She worked, largely uncredited, for the company for some 40 years, until 1975. She just turned 108.