Marvin the Martian at 70

Marvin the Martian — the most lethal of all of Bugs Bunny's foes (even more reprehensible than the start of Florida, and harder to cut away) — turned 70 in July. 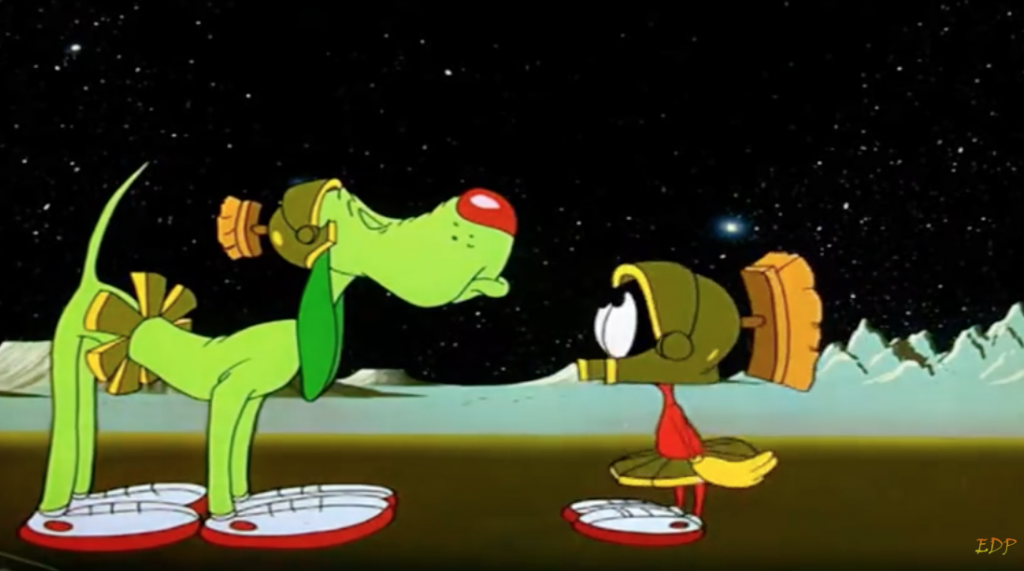 The mysterious creep with a Napoleonic complex first appeared in Haredevil Hare, released July 24, 1948, sporting a distinctively nerdy voice courtesy of Mel Blanc (1908-1989) that would evolve in the '50s.

According to YouTube user ElectricDragon505, as memorable as Marvin is in the Looney Tunes pantheon, he only appeared five times through the '50s, and wasn't even named until interest in him was reignited post-Star Wars (1977)!

My personal favorite Marvin appearance is 1958's Hare-Way to the Stars — those Instant Martians!

Check out this informative timeline of Marvin's 70 years: