Luft for Life: A Vibrant Lorna Talks ‘A Star Is Born’

Lorna Luft, 65, has had a tough time of it recently — and she's the first to admit it. 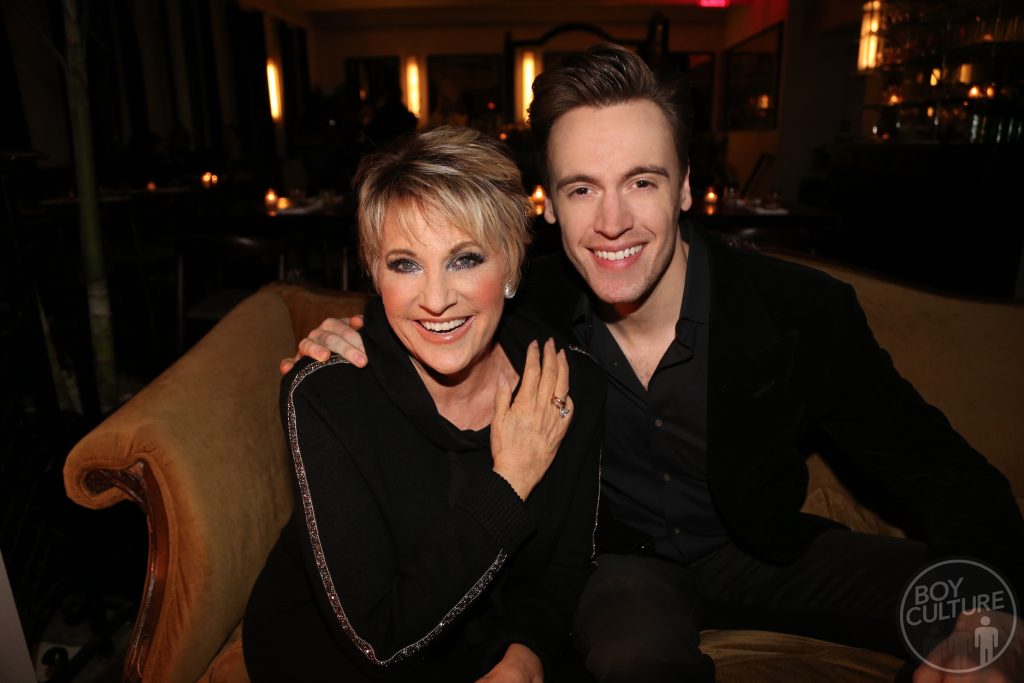 "I'm very, very grateful," she said in conversation with Broadway and TV actor Erich Bergen, 32, Sunday evening at NYC's Metrograph. "I'm grateful that my book has been so well-received, I'm grateful to be here, I'm grateful for my friendship with Erich, and ... a lot of you know I've been battling breast cancer for seven years, and seven months ago I had a brain tumor. But I'm okay. And I'm here."

She went on to joke of the invasive surgery she underwent to combat her tumor, "Now I'm legally allowed to sing, 'If I only had a brain.'" 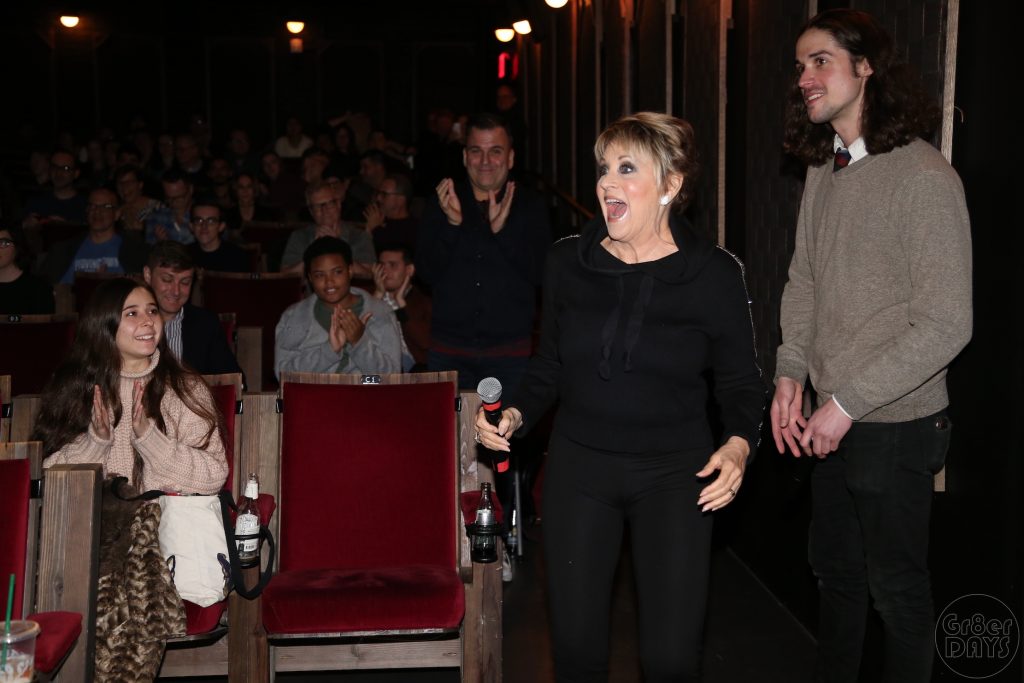 Arriving to an enthusiastic reception 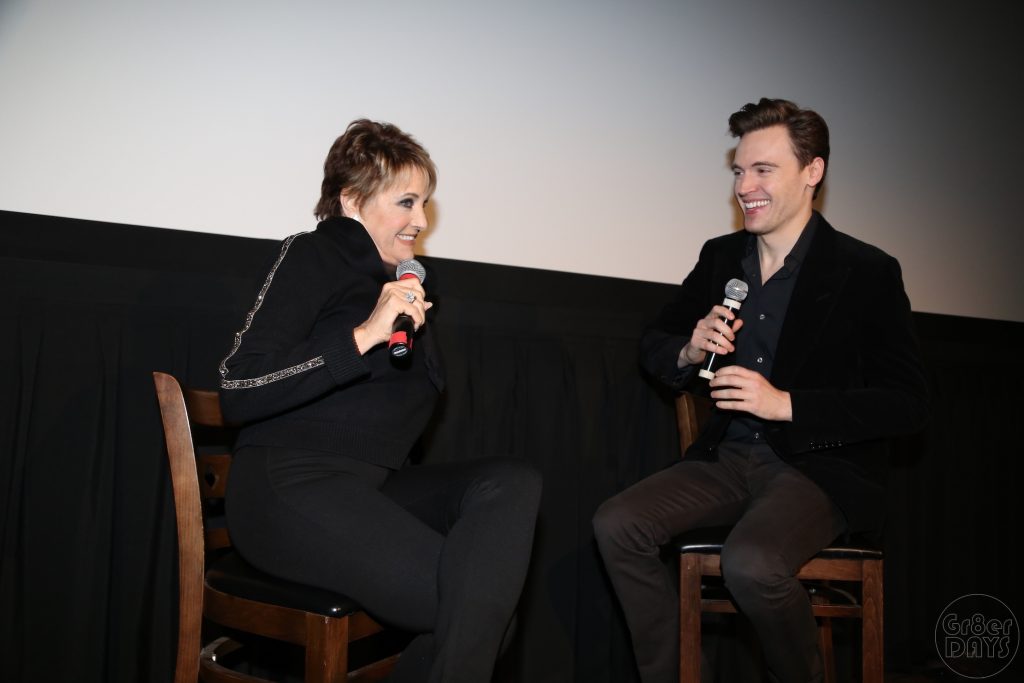 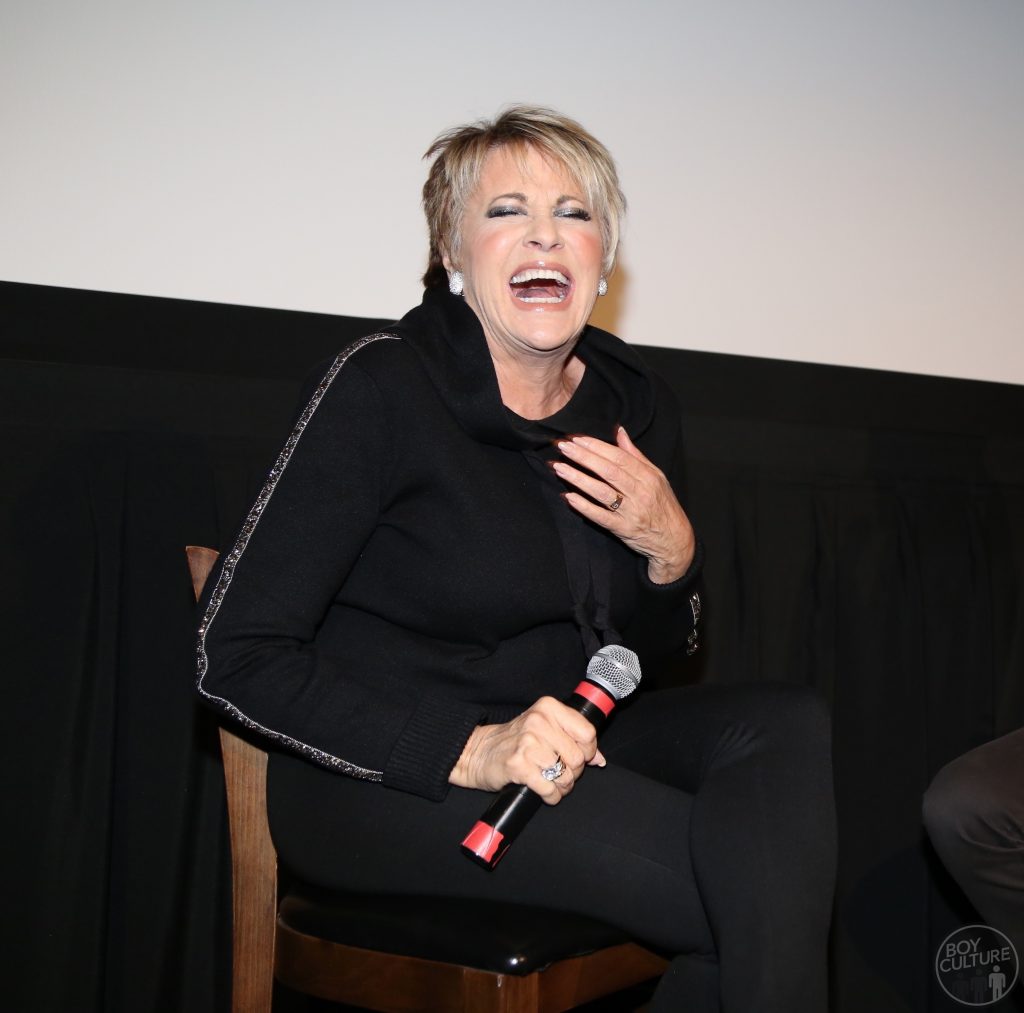 The Q&A was a blast!

It was the first of many references to her late mom, Judy Garland (1922-1969), and also representative of Luft's upbeat, show-must-go-on spirit. Others may have despaired, but the singer and actress is always busy, and has lately been devoted to promoting her instantly engrossing new book, A Star Is Born: Judy Garland and the Film That Got Away (TCM). 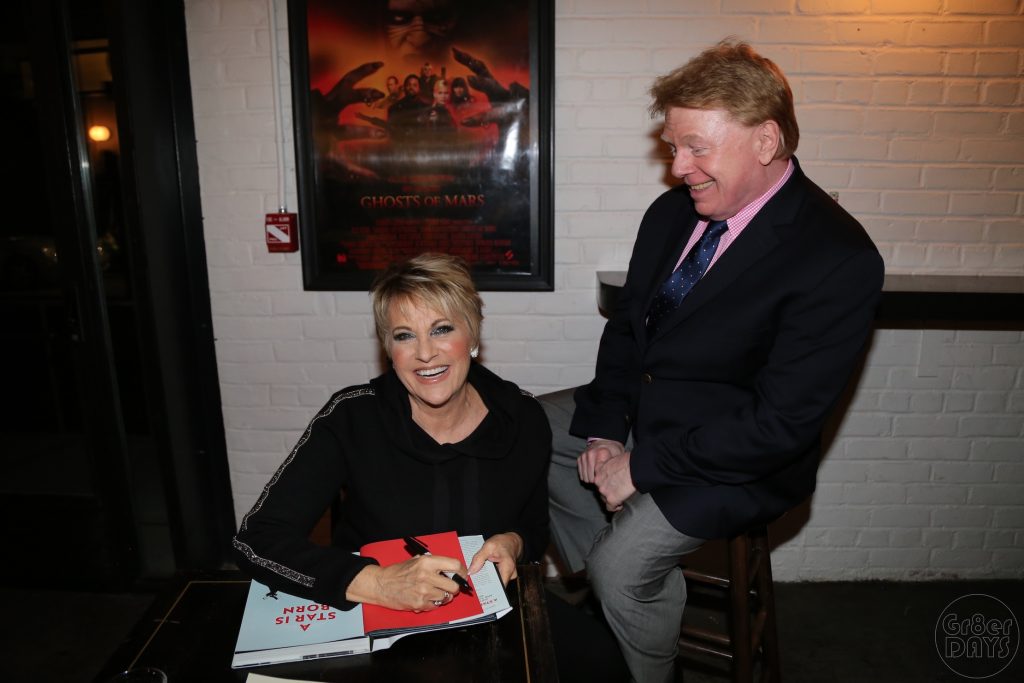 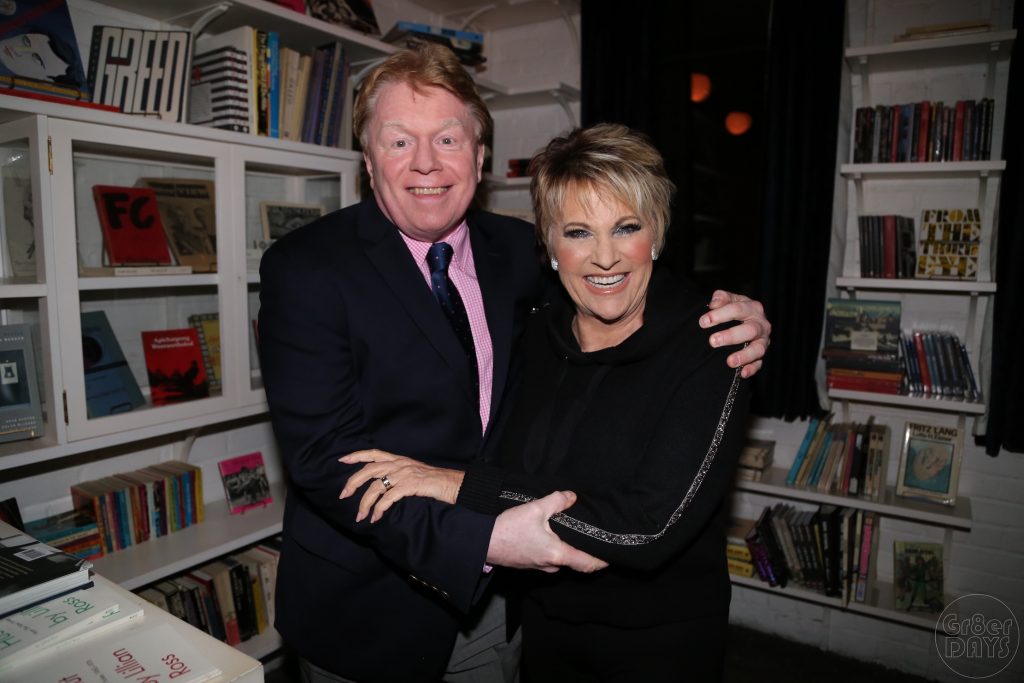 The book was timed to coincide with the Bradley Cooper (b. 1975)/Lady Gaga (b. 1986) version of A Star Is Born, which Luft graciously gushed over to the audience full of film buffs. In it, she reveals some of the 700 never-seen photos she found from the making of the 1954 classic, which — sadly — now only exists in a piecemeal form that includes stills and other recreations made necessary because Warner Bros. sloppily cut the original two weeks after it premiered, losing precious footage in the process. 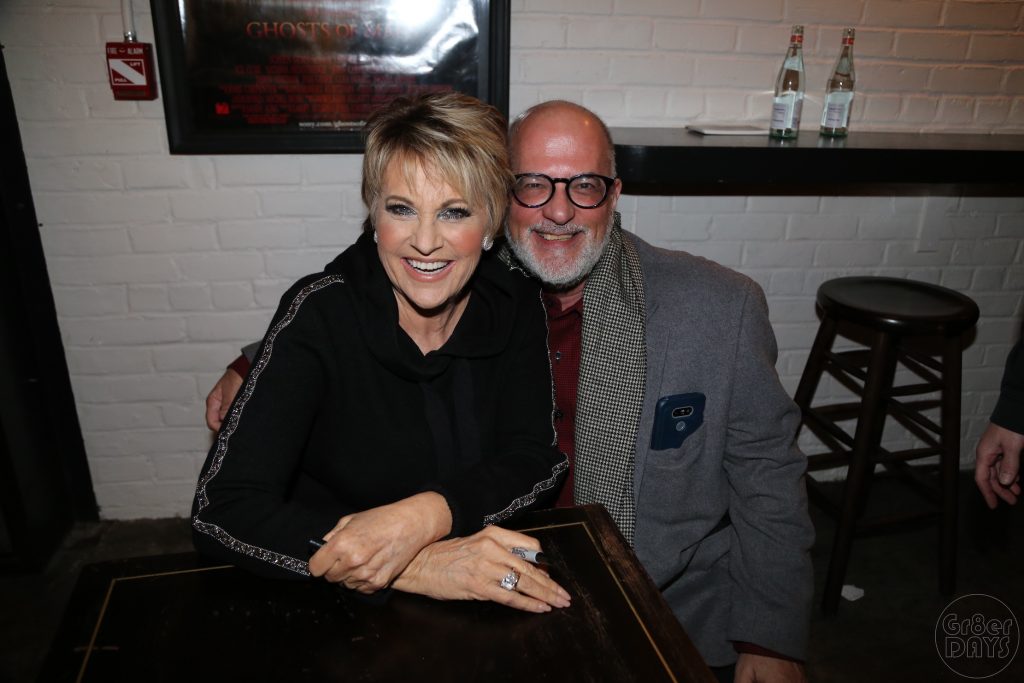 Luft greeted the editor of her other great book, Me and My Shadows: A Family Memoir (1998)

Luft said it still gives her a "pang" knowing that Cooper and Gaga got to make their version of the film and Barbra Streisand (b. 1942) got to make hers, the 1937 Janet Gaynor (1906-1984) version is a peach and even the movie that started it all, What Price Hollywood? (1932) has its merits — but that the Garland version, considered a masterpiece, was sliced to ribbons by Jack Warner (1892-1978). 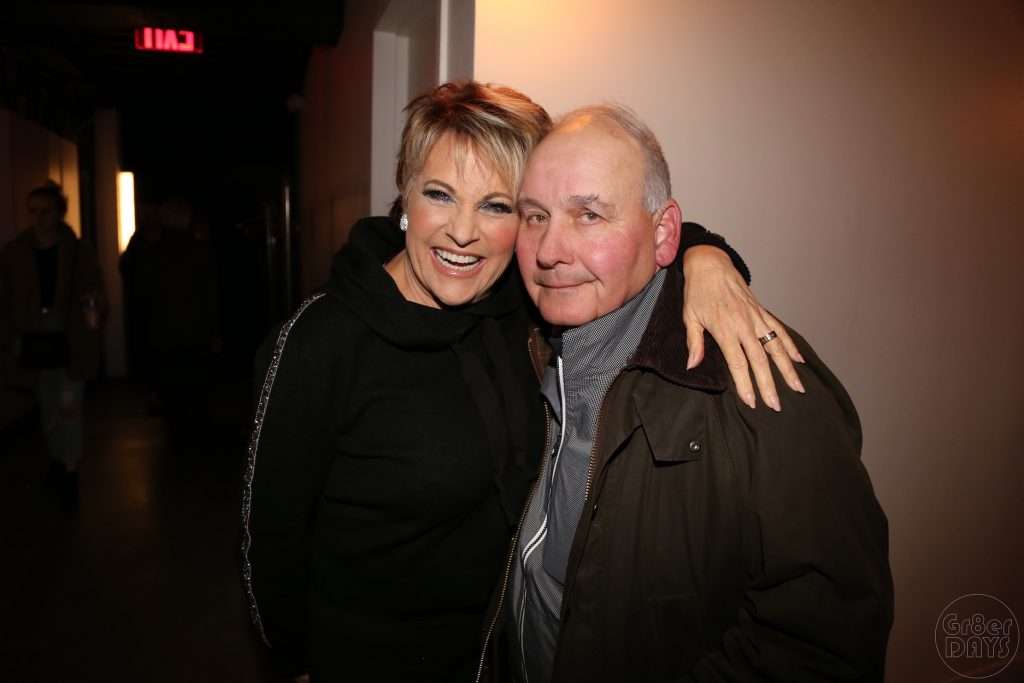 Still, she managed to tell a hilarious story of trying to track down a lost print of the original film, one that found herself seated with Kay Thompson (1909-1998) in a rented theater, only to discover that the promised tin was labeled A Star Is Born but contained the 1947 flick Good News. Thompson turned to Lorna and said drily, "We've been had." 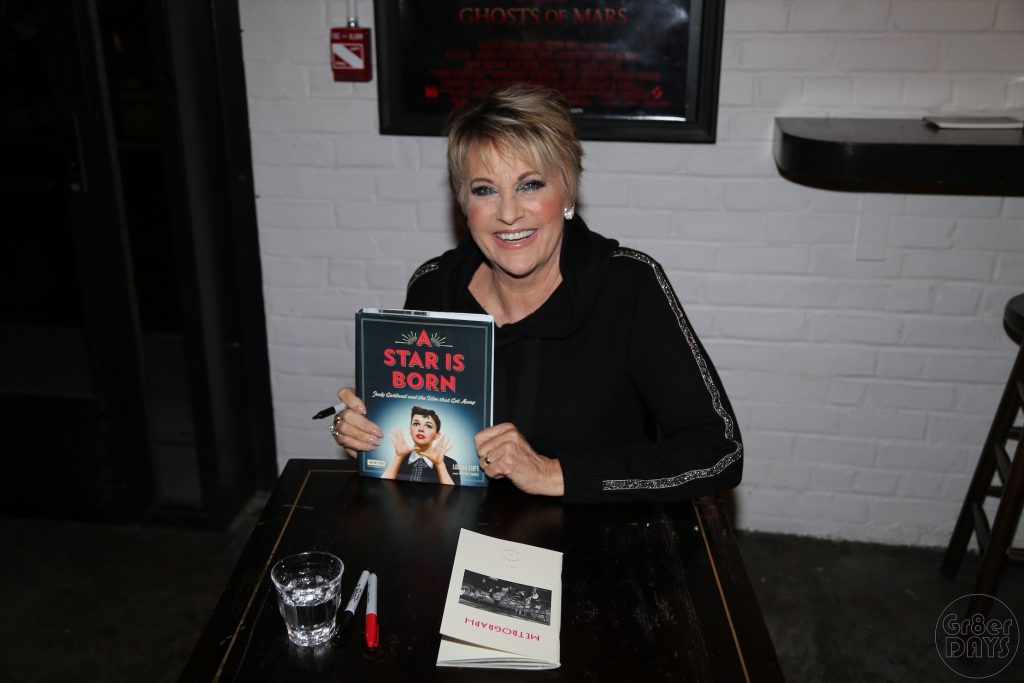 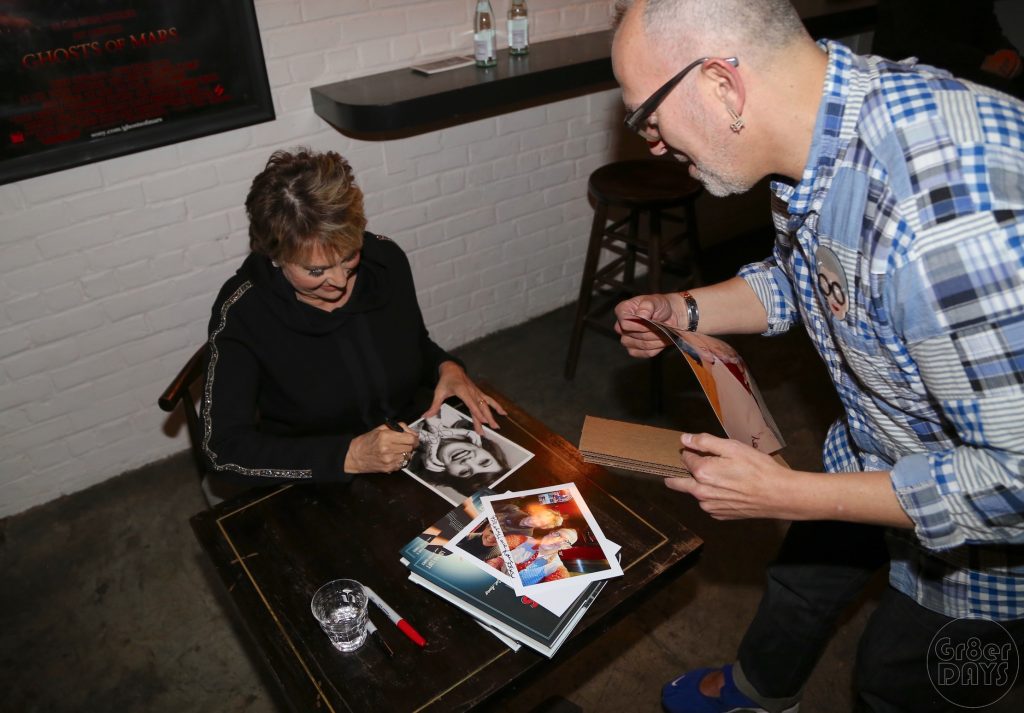 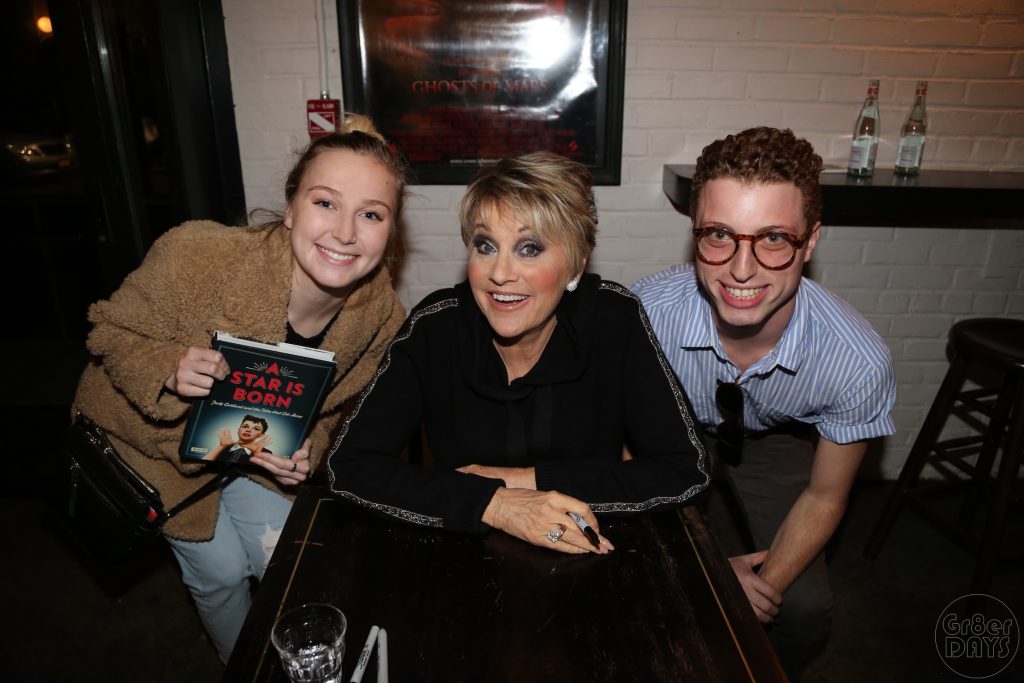 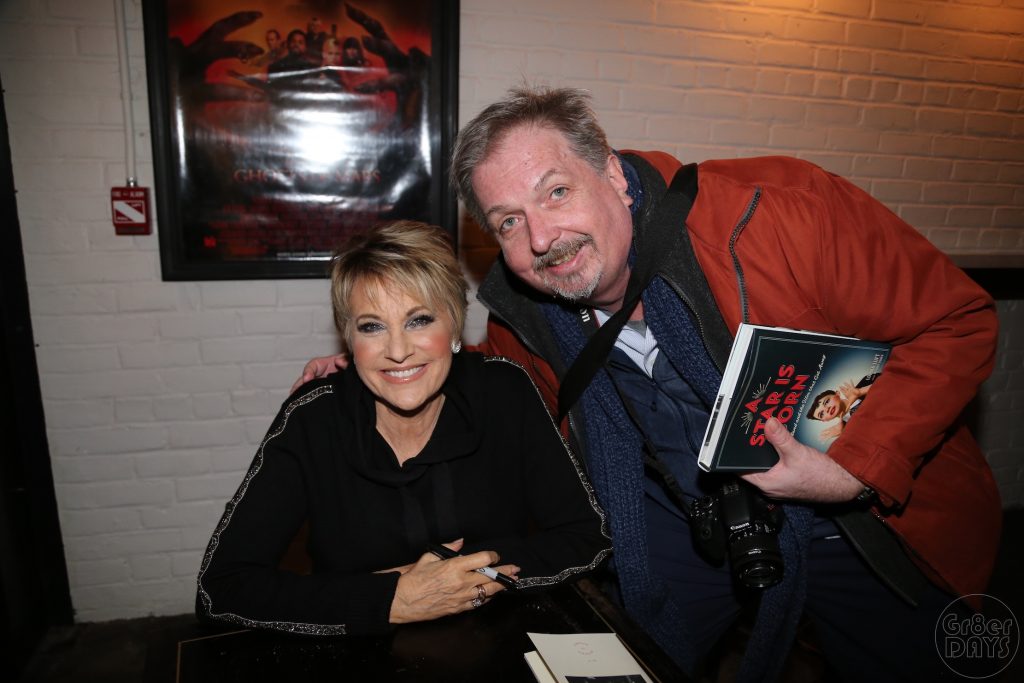 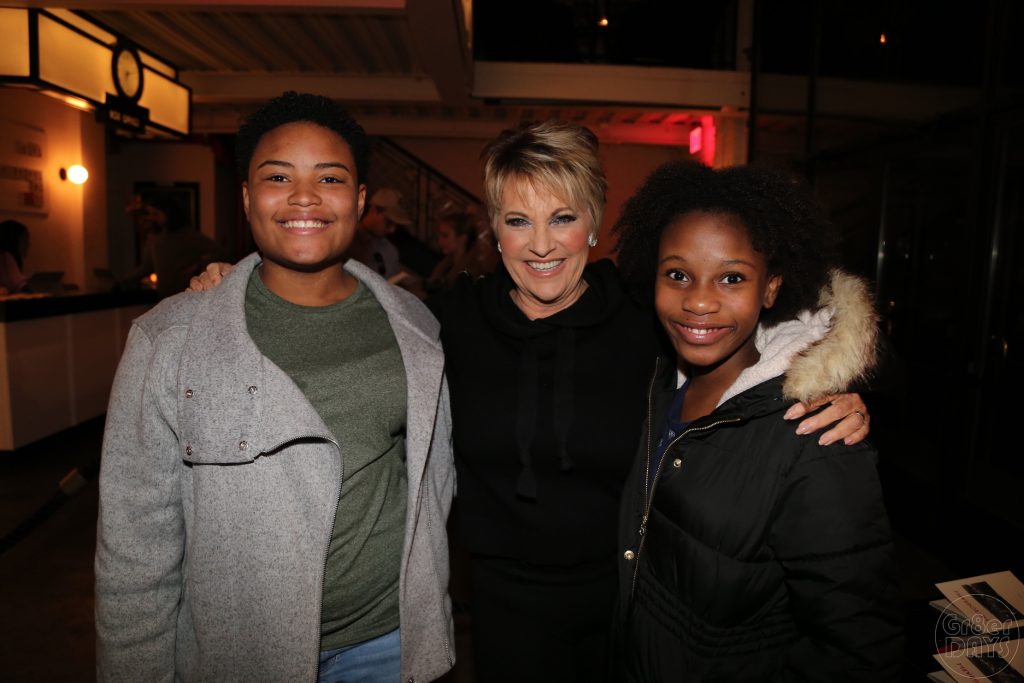 Luft was delighted by the turnout!

She also told a great story of how Garland felt had by Cary Grant (1904-1986), who she wooed to be her A Star Is Born leading man, only to eventually be told her just didn't see himself playing a drunken has-been. 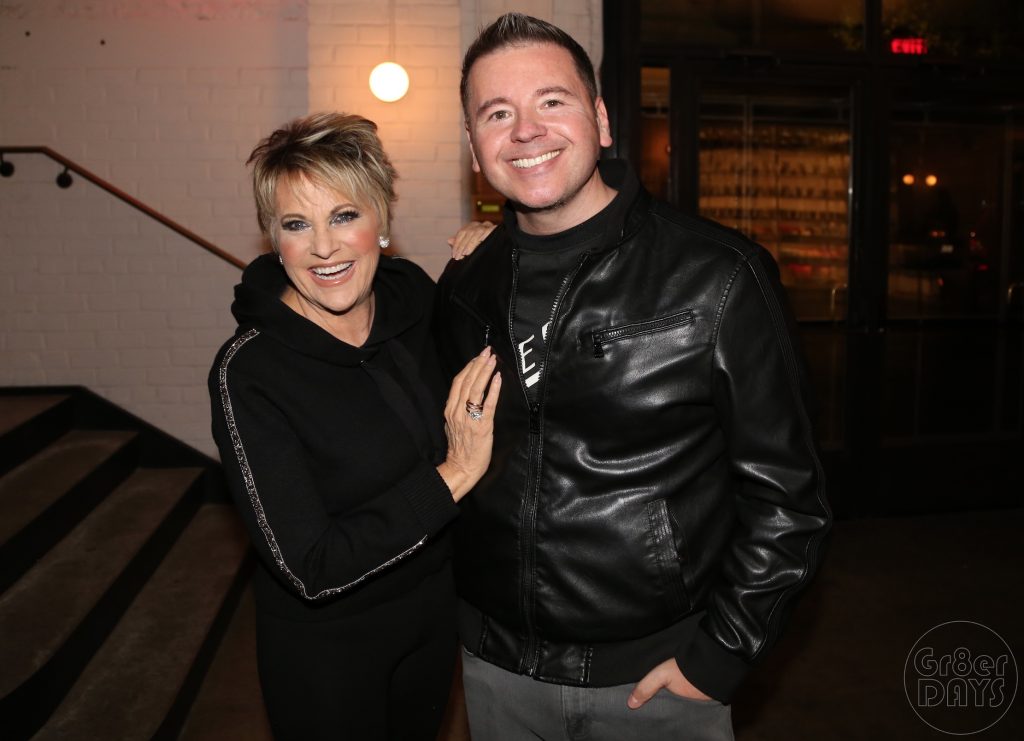 Luft was a total pro, and I was lucky to work with her. 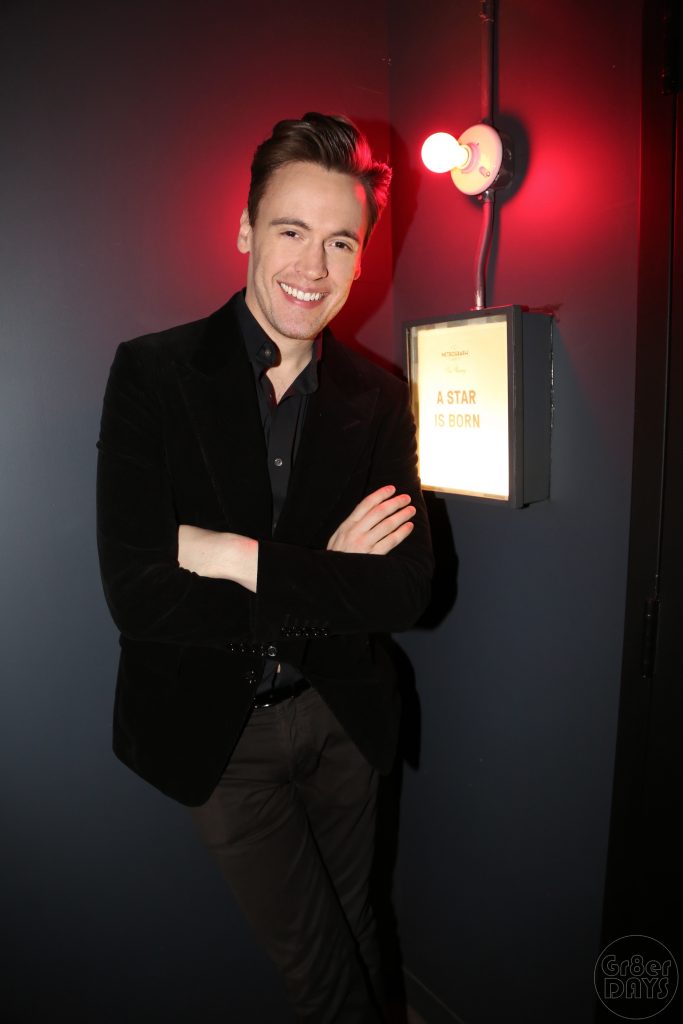 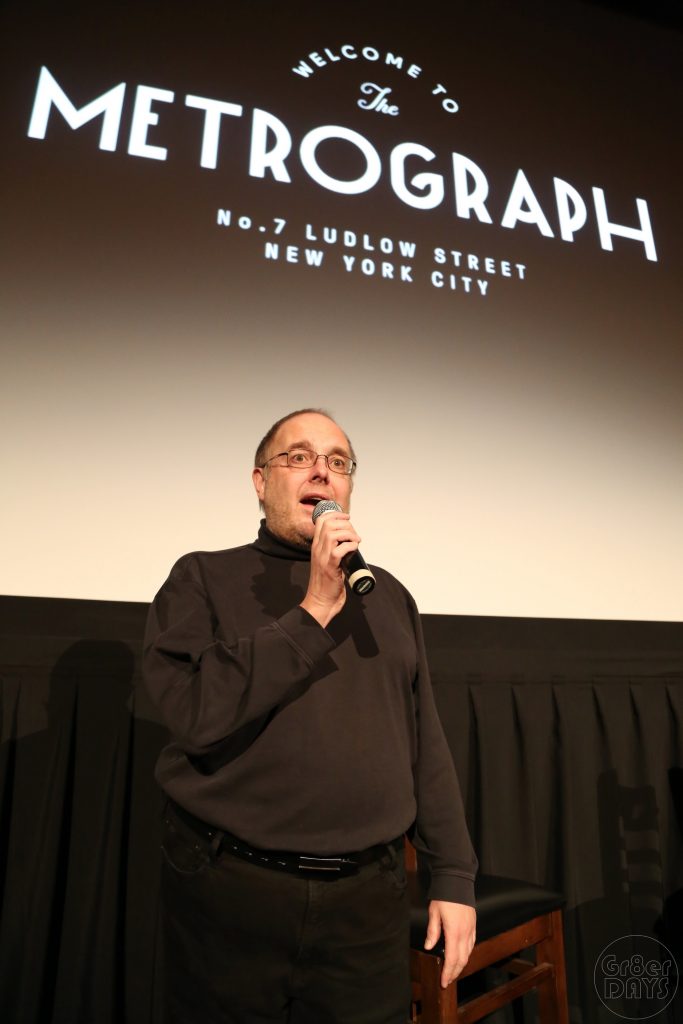 Chip Duckett did the intro (top) while Bergen waited outside for his cue.

Check out highlights from the Q&A:

The night was super fun, and Luft was tremendously warm with the crowd who showed up to watch her mom's classic and to buy copies of the book. She posed with everyone in line and was excited to see Broadway actor Ernie "Mr. Cellophane" Sabella, 69, and also her Grease 2 director Pat Birch, 90ish, in the audience.

Get the book! You won't regret it.