Ken Swofford, a prolific actor on TV and in movies, died November 1, 2018, according to a tweet from his filmmaker grandson Brandon Swofford. 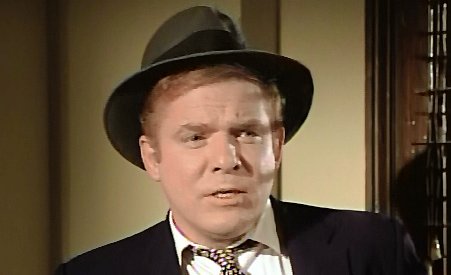 Swofford, who had been retired from show business since 2004, had come out of retirement this year to voice the titular character in his grandson's animated short Happy the Angry Polar Bear.

My Grandpa, Ken Swofford passed away yesterday.
Actor, Jokester, Baseball & Film Aficionado, Angry Polar Bear, A Great Father, Husband & Grandfather.
Grateful for the times we spent and we will miss you terribly. Thank you for the inspiration, friendship and stories ?❤️ pic.twitter.com/bBiGLJe9s4

Swofford's TV movie and miniseries credits include A Case of Rape (1974) and M.A.D.D.: Mothers Against Drunk Driving (1983), the latter of which became sadly ironic when Swofford was convicted of drunk driving in 1989, spending two years in prison. He recovered, did an anti-drunk driving PSA and continued working until semi-retiring in 1995.

After 1995, Swofford did two voice-overs until this year's Happy the Angry Polar Bear.