34 Years Later: Everyone Who Performed on ‘Do They Know It’s Christmas?’

When "Do They Know It's Christmas?" was recorded 34 years ago today, it was an unprecedented gathering of elite pop stars, all determined to help leader of the pack Bob Geldof make a difference — and feed the world. 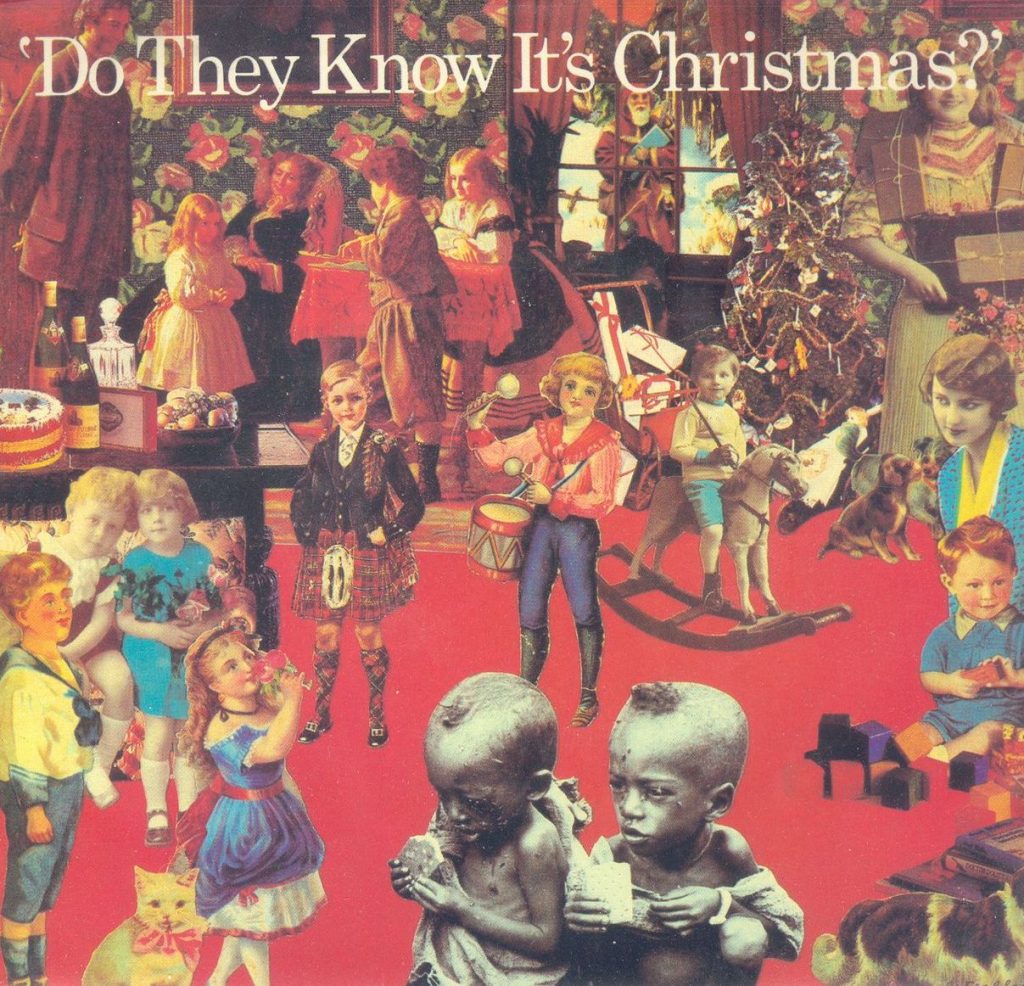 Peter Blake (b. 1932) created the iconic sleeve. (Image via Phonogram)

Since then, the song has come under scrutiny for some cringe-worthy lyrics (thanking God someone else is suffering instead of you?!), but its heart is in the right place, and the vocals are still moving to this day.

If you want to play a game with your Anglophile and/or '80s-obsessed friends, try naming one person who performed on the song back and forth until someone draws a blank. It's much harder than "We Are the World" (1985) if you're not European!

Here is your complete cheat sheet — everybody who performed on the song:

Pete Briquette (b. circa 1950s) of the Boomtown Rats

Not singing on the song, but appearing on the B-side of the phenomenally popular single in spoken-word form:

Holly Johnson (b. 1960) of Frankie Goes to Hollywood